Mom And Boyfriend Accused Of Torturing 4-Year-Old Daughter To Death; Body Was Covered In Bite Marks

Investigators were told by family members that Millen would often abuse the child and sometimes in his bouts of abuse, he would go too far. They were told he was harsh with the little girl to get her disciplined. 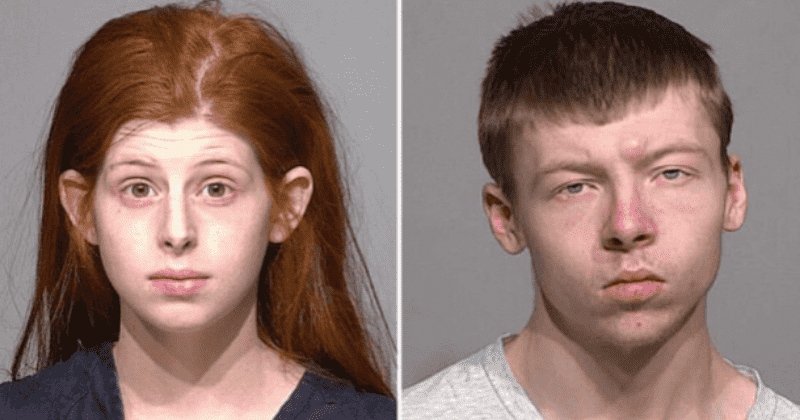 A man in Milwaukee could face life in prison for physically abusing his girlfriend's toddler daughter. Jerome Millen, 22, is believed to have burnt, bitten and beaten the 4-year-old girl. His girlfriend also faces serious charges for not doing anything to stop Millen. The abuse was discovered when first responders were dispatched to the home of the couple where they found the baby named Autumn Horak unresponsive. The officers from the South Milwaukee police went to the 400 block of Montana Avenue residence at around 7 am on Friday, reports the Milwaukee Journal Sentinel.

Following a very disturbing case of child abuse in South Milwaukee. A four-year-old girl died from her injuries. Her mother, Christina Collado and her mother’s boyfriend, Jerome A Millen are both charged in connection to her death. pic.twitter.com/6DIpzHliIm

The first responders did all they could to save the baby. They tried to perform some lifesaving measures but they were still not able to save the child.  Baby Horak was pronounced dead on the scene. On closer examination, the baby was found to have several bruises all over her body according to the charging documents. She was only wearing a diaper when the police found here and had a burn injury and what appeared to be “a human bite mark." Investigators were told by family members Millen would often abuse the child and sometimes in his bouts of abuse, he would often go too far. The reason for him being so harsh of the little girl was for the purpose of disciplining, investigators were told.

According to a report in Fox6 Now, Horak was 'was pulseless and not breathing' when first responders found her. They found bruises on the child's head, jaw, forearm, and even the sternum. Millen had already fled the house by the time police arrived. However, it did not take very long to find him. He was traced to a friend's house where he would often spend his time. The police said they were familiar with Millen and his friend's place. Millen was taken into custody. Collado was also arrested. During the questioning of the two, they gave more details about the abuse. The police complaint stated, "Collado admitted that Jerome Millen Mr. was in fact abusing (the child)."

Collado also said she witnessed her boyfriend biting Horak on two different occasions. In the morning when the first responders were called, Collado said she 'heard a loud banging sound.' Collado said she saw Millen forcibly trying to get the child to go to sleep. She said, 'he was going too far.' Millen later told the police he had covered the child's 'mouth multiple times' that day because he wanted her to go to sleep. Collado said she was remorseful for her child's death and admitted that 'if she properly protected (the child), (the child) would still be alive.'  When investigators told Millen that the child was dead, his first response was 'so my life is over' while adding 'if all the injuries caused (the child) to die, it's my fault, my fault.'

He also said 'if she suffocated, that is my responsibility and I killed that child.' The Milwaukee County Medical Examiner's Office ruled the child's death as a homicide. According to a People report, Collado has been charged with chronic neglect of a child and is being held on a bond of $50,000 bond, court records stated. Millen is charged with physical abuse of a child, repeated acts causing death. His bond amount is $250,000. A fundraiser was started by the mother of Horak's biological father for the child's funeral expenses on Facebook. Already $4,714 of the $7,500 have been raised.

Poor little baby! We are hearing WAY too many of these stories lately! Sickening!

The page read, "Who I'm raising money for My youngest son and the rest of our family has suffered a loss nobody wants to imagine. 4-year-old Autumn was taken from us way to soon... My son has to plan a service and get custody of his son from CPS all at once. Anything would help them so if you find it in your heart to help thank you more than you know. I hope you understand names and pictures can not be said yet!"