This Michigan man had to close down his 11-year-old music store due to the lockdown order issued by Governor Whitmer. 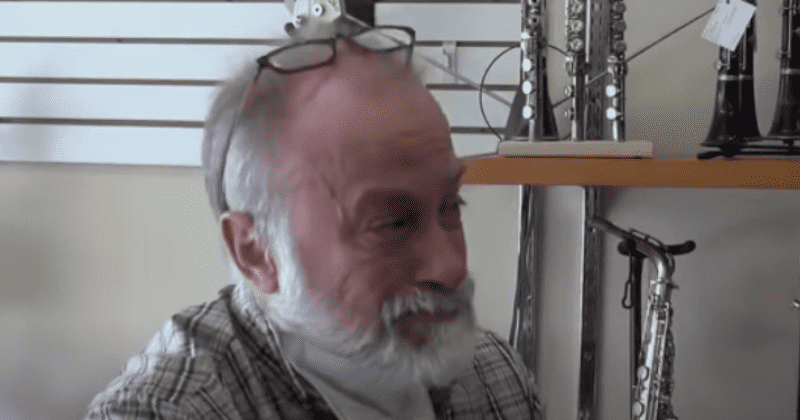 The pandemic has brought the economy down to near-depression levels as billions of dollars wiped out of the country's collective resources wiped out of existence. While big businesses are equipped enough to survive the disruption, individual and family-owned businesses have practically being hung out to dry for no real fault of theirs.  A man from Michigan and his musical career are one of the victims of the ill-effects of the disease, reports Fox17. Steve Walker, the owner of Walker Music Textiles Co. in Hastings, Michigan, has had a passion for music and teaching children for a majority of his life but his business has been wiped out after Governor Gretchen Whitmer issued the state-wide lockdown measures in a bid to keep the virus from spreading.

Walker's case is the true embodiment of millions of small businesses drastically affected by the ongoing pandemic. For him, the business was more than just that, it was a dream come true. He had dedicated over a decade of his life to teaching kids music but this dream has now been culled, at least for now. In an emotional interview with the news channel on Monday, and said: "This is my dream. Shutting it down. Closing out this phase of my life," as he burst into tears midway through the sentence. "It won’t be a retail shop anymore and it won’t be an inviting environment for kids to come and be loved and to learn music." Walker opened the store over years ago soon after which he made friends with much of the local community in Hastings, just an hour away from the state headquarters.

He lambasted the state authority's action and its far-reaching consequence of small businesses like his which have been shut down after being deemed non-essential as per Governor Whitmer's orders. "This is who I am. People that know me, know it is. If you look on Facebook and Instagram, you’ll see what this means to people. And you’ll see what it means to me," Walker said in the emotionally charged interview. Adding salt to his wounds is that several of his neighboring establishments have been allowed to keep their business open, and his point of outrage is that he should have been allowed to do the same. "I’ve been sitting here for 60 days watching my neighbors do business day in and day out," he said. "They aren’t thriving, but they are surviving. There’s no reason in hell I couldn’t have done the same thing. None. And that's what makes me angry."

Walker's business is now in disarray after the grants he applied for to keep it running has come back empty, forcing his landlord to end the terms of his lease. He is now having to sell the inventory and shut up shop altogether. Walker's wife Nancy, said: "For our future, we’ve decided that the best thing for us is to close. So right now we’re having 20 percent sales off for the next two weeks, and then we’re only going to run our sales for about six weeks." Walker sees Governor Whitmer as the reason behind his store closing and blames her for ending his dream. “I put the responsibility of that on the governor’s shoulders because if she had been reasonable, this would not be happening,” he said. “But oh well. That’s the way it is. That’s life. And I have to move on and deal with it.”

The soon-to-be-former businessman said he doesn't want the government to give him things for free but rather let him work. “I don’t want a stupid handout from the government, I want my hands untied so I can work,” he said, ending the interview.