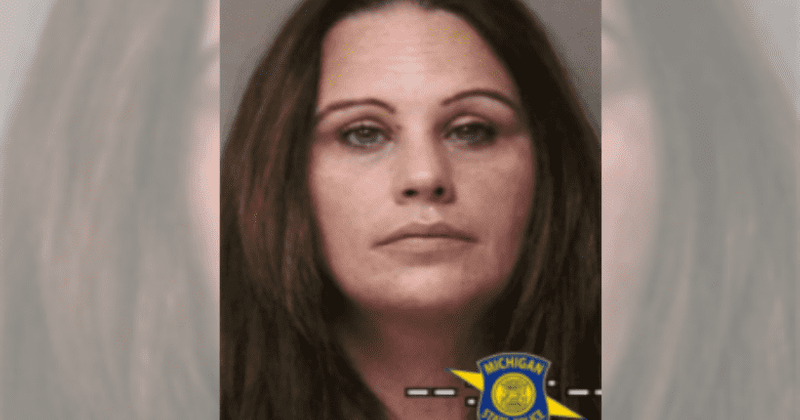 Trigger Warning: The story has details of child assault that some readers may find disturbing

A mother in Michigan allegedly threw her kids out of the house at night so that she could host a party. She did not provide any alternative lodging to her teen children and asked them to make their own arrangements. Not just that, she even physically assaulted them when they came back. The woman has been booked for child abuse. On April 18, officers from Michigan State Police (MSP) Houghton Lake Post were dispatched to the woman's home in Roscommon County and found the two kids outside their house. A release from the MSP read added, "A child had called 911 and alleged he was assaulted by his mother. Troopers arrived at the residence and were met on the front porch by the victim. The victim alleged his mother had kicked himself and his sister out of the home for the night so she could host a party."

While the kids went out for a while, they came back to their home in Richfield Township with nowhere to go. That's when there was an argument between mother and children which turned serious. "They had nowhere to go and when they came home, they got into an argument and she assaulted him and his sister," the release added. The mother was a 34-year-old woman named Amber Marie Maldanado, the cops later found out. She confessed to getting into an argument with her kids after they returned home early. A report in Michigan Live stated Maldanado's daughter called her at a certain point in time about wanting to come back home. They decided to go home anyway. Their mother was still in the middle of the party at the time. Maldanado slapped her son after the argument. When his sister intervened, she was also assaulted.

Emergency services were called to the scene, the police statement added. But only one of them had injuries serious enough to require medical attention. The mother was arrested and taken to Roscommon County Jail. "Maldonado was arraigned in the 82nd District Court in Roscommon County on April 19, 2021, on two counts Third-Degree Child Abuse," the release added. Her bond was set at $10,000. The children were turned over to their biological father. A report in Fort Worth Star-Telegram stated both teens were under the age of 16. In the comments section of the Michigan Live article shared on Facebook, one commenter named Hanna Downs claimed to be Maldonado's "oldest daughter" and wrote in her defense. She said Maldanodo never beat the kids or did "anything like that" while adding she was is "good mother."

Downs said the entire story of the abuse was "false" while claiming her brother was "acting out." Maldonado even thanked Downs in a comment and called her, her "kiddo." Karly Dettmerthis who claimed to be Downs' "best friend," said she had known the family for years said the Maldonado was not a "child abuser." But people were united in their criticism against the mother. Jen Lela YA stated: Then everyone wonders why some 13 years are running the streets in the middle of the night. Well.... probably because of this type of parent. I have a 13 yr old and a 14 year old I couldn't even imagine why she do this to her kids. Another commentator, named April M. Sorrow, wrote: What mother regardless if it true or not kicks her own children out of the house to throw a party.