A self-proclaimed daddy's girl, Paris has repeatedly recalled the memories of her father, holding on to them as she navigated her teenage years and adult life. 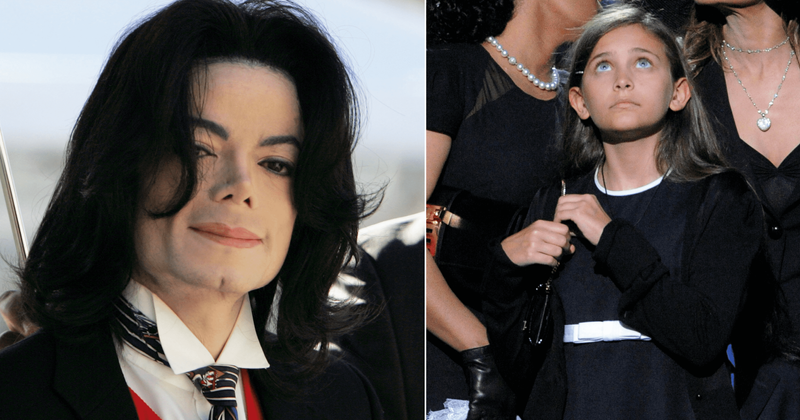 When the King of Pop Michael Jackson passed away, millions of fans across the globe mourned the death of one of the most iconic musicians the world has seen. Irrespective of the scores of disturbing accusations that stained his personal life, Jackson remained—and still remains to an extent—a well-known and respected legend in the music industry, and his sudden passing in 2009 marked the end of a glorious era. However, his demise was felt the hardest by his 3 children whose identities the musical legend made sure was hidden from the public's eye.

Unfortunately, his death on June 25, 2009 turned the full force of the media's attention onto Jackson's beloved daughter and 2 sons. For the first time, Paris, Michael Joseph Jackson Jr., and Prince Michael Jackson II were seen on national television as they said their final goodbyes to their popstar father. Dressed in black, the 3 siblings huddled close to each other as they stood on stage at their father's memorial service surrounded by the rest of the Jackson family. While the world scrutinized their every move and emotion, young Paris made a lasting impression on viewers as visibly overcome with grief, she said, "Ever since I was born, daddy has been the best father you can imagine."

The pain of losing her father at such a young age has followed Paris all throughout her life. Although she and her brothers tried to live like any other children under the guidance of Michael's mother, Katherine, they were constantly reminded of their loss. A self-proclaimed daddy's girl, Paris has time and again recalled the memories of her father, holding on to them as she navigated her teenage years and adult life. Speaking to Glamour magazine in 2012 at the age of 14, she said, "I love my dad, and I'm proud to be his daughter. I just don't think the title 'M.J.'s daughter' fits me."

Without her father, Paris struggled a lot in her teenage years as battled low self-esteem issues and found it difficult to fit in. Having to go from being homeschooled to attending a private school starting seventh grade, she revealed to Rolling Stone that she started hanging out with the only kids who accepted her. This turned out to be "a lot of older people doing a lot of crazy things." Recalling that troubling phase in her life, Paris said, "I was doing a lot of things that 13-, 14-, 15-year-olds shouldn’t do. I tried to grow up too fast, and I wasn’t really that nice of a person."

The teen missed her father so much that she reportedly stopped celebrating her birthday after his passing. According to Entertainment.ie, Michael's former personal chef, Kai Chase once said, "Paris hasn't had any birthdays since. She hasn't wanted to celebrate since. Being daddy's little girl, Paris is devastated. She's devastated and lost. She's trying to find herself and find who she is. It's taking a lot of love and understanding to keep her together. She breaks down, she cries, she talks about him."

Having grown up in the circumstances that she did, Paris developed more wisdom than others her age by the time she was 18. Looking back at her father's death 8 years after his passing, she said, "They always say, ‘Time heals.' But it really doesn’t. You just get used to it. I live life with the mentality of ‘OK, I lost the only thing that has ever been important to me.’ So going forward, anything bad that happens can’t be nearly as bad as what happened before. So I can handle it."