Michael J. Fox Remembers The 'Nightmare' Time He Had Meeting Princess Diana For The First Time

"She was sitting next to me and she sits down and I looked at her and realized I’m one fake yawn and outstretched arm from being on a date," he said. 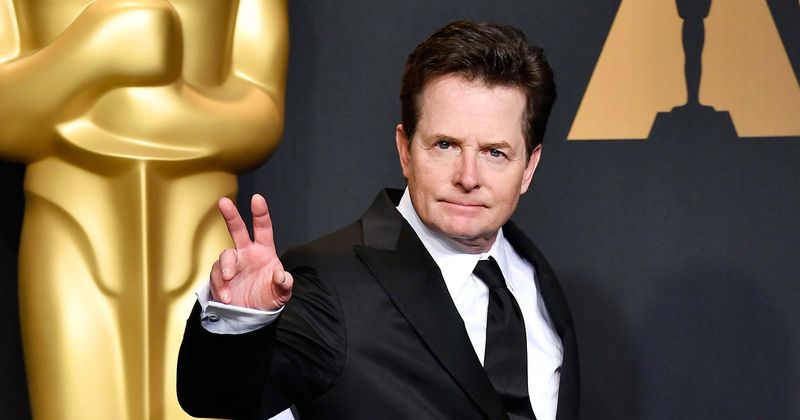 Princess Diana wasn't just a media darling in her heyday, her presence was so huge, she even made high-profile Hollywood stars squirm just by being around them. On the receiving end of once upon a time was none other than Michael J. Fox. The 59-year-old had a brief meeting with the royal family during the 1985 premiere of his superhit film Back To The Future during which the occasion was almost ruined—by his bladder. Speaking at an interview on The Tonight Show With Jimmy Fallon a little over a week ago, Fox recounted the moment he first met with Princess Diana and her then-husband Prince Charles at the screening, as per Vanity Fair.

"She was sitting next to me and she sits down and I looked at her and realized I’m one fake yawn and outstretched arm from being on a date with her," the actor said. However, the moment was nearly ruined as Fox realized he had something important to do just as the movie began. "All of a sudden I had to go pee. So then I’m sitting there, I’m dying. I can’t say anything to her and I can’t walk away from her cause I can’t turn my back on her." He was stuck in such a quandary that the most important moment of his career at the point nearly went sour for a silly reason. "So what could’ve been the greatest night of my life was a nightmare," he added. Thankfully for him, the Princess never came to notice how uncomfortable Fox was and instead seemed to enjoy the film, and Fox recollects that she even laughed several times.

Fox has been doing interviews to promote his book No Time Like the Future: An Optimist Considers Mortality. In the memoir, the Family Ties star shares stories and observations on illness and health, and also how our perception of time affects how we approach mortality. In a synopsis available on Amazon, the upcoming book is described as such. "Thoughtful and moving, but with Fox's trademark sense of humor, his book provides a vehicle for reflection about our lives, our loves, and our losses. Running through the narrative is the drama of the medical madness Fox recently experienced, that included his daily negotiations with the Parkinson's disease he's had since 1991, and a spinal cord issue that necessitated immediate surgery. His challenge to learn how to walk again, only to suffer a devastating fall, nearly caused him to ditch his trademark optimism and "get out of the lemonade business altogether."

The actor has been a huge advocate for Parkinson's disease since he went public with the illness in 1998, and said the condition is finally taking its toll in a recent interview with PEOPLE, so much that he's having trouble remembering his lines. "My short-term memory is shot. I always had a real proficiency for lines and memorization. And I had some extreme situations where the last couple of jobs I did were actually really word-heavy parts. I struggled during both of them." He also spoke about the upcoming book and added: "I’m down to this. My guitar playing is no good. My sketching is no good anymore, my dancing never was good, and acting is getting tougher to do. So it’s down to writing. Luckily, I really enjoy it."

Michael J. Fox is revealing how he overcame health setbacks in the years after his Parkinson's disease diagnosis.https://t.co/8BXtxPwsAX

Fox is approaching his 60 in the coming months and says he has a "60-year-old man’s optimism" to add to that. Currently, he focuses on spending time with his wife, Tracy Pollan, and their kids: son Sam, 31, twin daughters Aquinnah and Schuyler, both 25, and daughter Esmé, 19. "It’s not that I wasn’t sincere before, but my gratitude is deeper now, from having gotten through the darkest times," he reflects. Talking about whether he wants to come back to the big screen, he adds: "So the last couple of years have been trickier than most. But I have things that I've been blessed with that are just incredible. Life is rich. Life is good."