While Meghan Markle's name was originally included in Archie's birth certificate, it was changed at a later date. 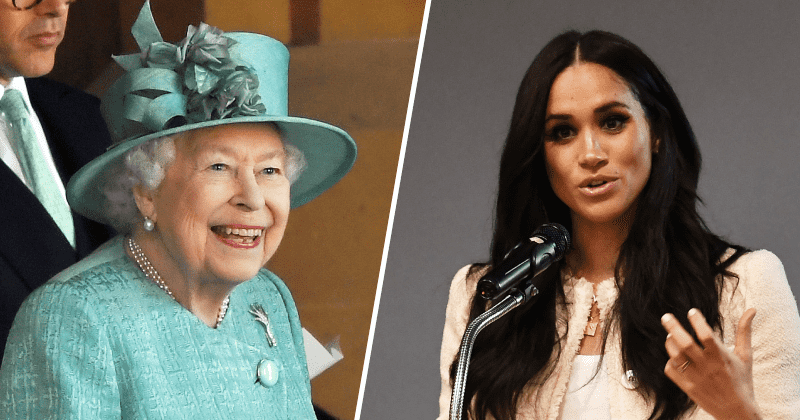 Meghan Markle's name was removed from her son, Archie's birth certificate, at the behest of The Palace, claims reports. After Meghan Markle gave birth to Archie on May 6, his birth certificate was registered on May 17, 2019. Meghan Markle's name was registered on her son's birth certificate originally but it appeared to have been removed on June 6. It appeared her name was replaced by her title, Her Royal Highness the Duchess of Sussex, under the mother's category, reported The Sun. When the news originally broke, many believed it was the doing of Meghan Markle. Some reported claimed that Meghan Markle had insulted the royal family by removing her name and had done it in secret. It was reported that she had taken "unprecedented action of removing" her first and middle names, Rachel Meghan, from the certificate. Some claimed that Meghan was looking to replicate Princess Diana's style, who preferred the name, "Her Royal Highness, the Princess of Wales."

Meghan Markle and Prince Harry have had their fair share of controversies, but the Duchess of Sussex was quick to douse the fire, stating that she didn't make any such demand. Markle, through her representative, said it was offensive for anyone to think that she wanted to nameless on the birth certificate of her own son. "To see this UK tabloid and their carnival of so-called 'experts' chose to deceptively whip this into a calculated family 'snub' and suggest that she would oddly want to be nameless on her child's birth certificate, or any other legal document, would be laughable were it not offensive," said Meghan's spokesperson.

The Duchess' spokesperson confirmed that it was a change demanded by The Palace. "The change of name on public documents in 2019 was dictated by The Palace, as confirmed by documents from senior Palace officials," said the spokesperson, reported E! News. They added, "This was not requested by Meghan, The Duchess of Sussex nor by The Duke of Sussex." Some factions claim it was done by Meghan with the intention of cutting ties with the Royal family. "Maybe this was an early part of their plan," said Queen's former press secretary Dickie Arbiter. "It is extraordinary and raises all kinds of questions about what the Sussexes were thinking," said Lady Colin Campbell, after seeing the amended birth certificate. Royal family expert Ingrid Seward said they were trying to carve their own path, away from the ways of the royal family. “For a royal to change a birth certificate is unprecedented but to remove forenames is remarkable. Perhaps this is another sign they were desperate to do something different to the Cambridges,” said Seward.

Within months of the amendment, Meghan Markle and Prince Harry had stepped down from their roles in the Palace and moved to Canada. "After many months of reflection and internal discussions, we have chosen to make a transition this year in starting to carve out a progressive new role within this institution. We intend to step back as ‘senior’ members of the Royal Family and work to become financially independent while continuing to fully support Her Majesty The Queen. It is with your encouragement, particularly over the last few years, that we feel prepared to make this adjustment," read a statement released by them at the time. Prince Harry and Meghan Markle added that they would be splitting their time between the United Kingdom and North America while "continuing to honor our duty to The Queen, the Commonwealth, and our patronages."