Meghan Markle Wanted To Be Queen And Being A Duchess Wasn't Enough, Journalist Claims

In the explosive and controversial op-ed piece, Tom Bower claims that Markle was courting stardom and this pursuit led her to marrying Prince Harry. 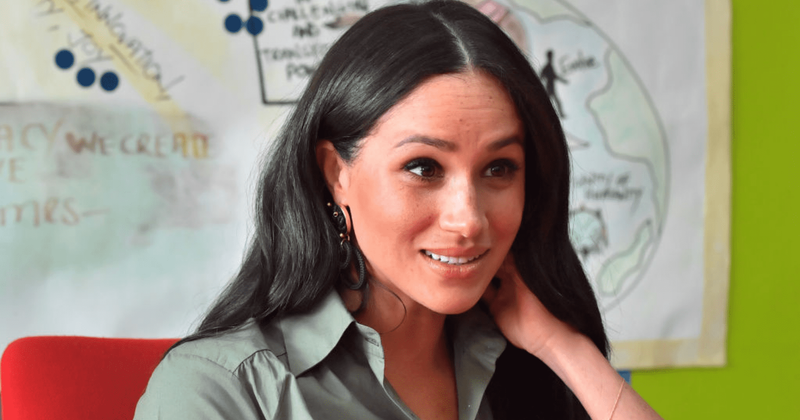 Tom Bower, the British writer known for his investigative journalism, has claimed Meghan Markle wanted to be the Queen and the Oprah interview was her revenge against the Royal Family. In a column on The Sun, the veteran claimed that Markle "yearned for stardom" for over three decades but when Hollywood rejected her, she decided to marry Prince Harry for "fame". Bower accused Markle of never being satisfied with being a Duchess and that she never intended to ditch her Californian lifestyle for a reserved one back in England.  "Repeatedly, Tinseltown rejected her. Tonight’s two-hour appearance on US TV and its replay to millions worldwide is her revenge," Bower suggested in the controversial post. "Not only against some of the studio bosses who dismissed her as another second-rate actress but also against everyone else who failed to appreciate her immense talents," he added.

The journalist claimed that he was offered a six-figure sum to use his "research" to tell the story behind the Duchess. "Like everyone else in Meghan’s self-centered world, their sin is to have rejected her wishes," he claimed. "Like a Hollywood diva, she has cursed those who don’t understand that being the Duchess of Sussex was not enough. Walking in procession behind the other royals, especially Prince William and Kate, was demeaning." He claimed that Markle resorted to using "racism" and "sexism" as the weapon to accuse everyone who stood in her way. "Convinced of her own greatness, Meghan thinks she has, for years, been the victim of plots to destroy her destiny. While others shone in leading roles, Meghan had bit parts," he added.

Bower adds that Markle scripted her marriage with Harry after exiting her most recognizable role in Canadian legal drama Suits in 2018. "Intelligent, attractive, and ruthless," was Markle's new image, writes the journalist, adding that she headed to London with sights on marrying higher.  "'Who are the single men?”' she asked an Englishwoman. Among the cast list was Prince Harry. Their meeting in a London club was described as “a blind date”. But Meghan knew exactly who she was meeting — and how much the relationship could work for her."

The op-ed even threw shade on whether Markle loves Price Harry. "Harry fell head over heels in love. We don’t know if the actress felt the same. One truth is certain: Harry’s closest relations including William and Prince Charles were wary whether the Hollywood divorcee would make the necessary sacrifices to serve as a loyal member of the Royal Family." The piece also accuses Markle of hypocrisy as she refused to show son Archie's face to the camera after his birth demanding privacy, while allegedly being in touch and speaking to US journalists. The former actress even prompted criticisms of the Queen along with her friends, which were "outrightly rude".

The journalist drew parallels between Prince Harry and Meghan Markle's case to that of King Edward VIII from 1937 calling it "strikingly similar".  "The ex-king’s relationship with US divorcee Wallis Simpson critically damaged the monarchy. At least the Windsors were aware of the problems." He claimed Markle and Harry aren't bothered by the uproar they are causing adding that there are ready and eager for a battle. "Buckingham Palace fears that Meghan sees outright warfare as a badge of pride," he critiqued. "In her selfish manner, she believes that she is entitled to say what she wants to Oprah Winfrey. Those who criticize her inventions are racist and sexist. Amid the gunfire, many are sad that Harry has been turned against his family."