Caleb Anderson is a whiz kid who began learning when he was less than a year old and is now ready to start college at Georgia Tech next year. 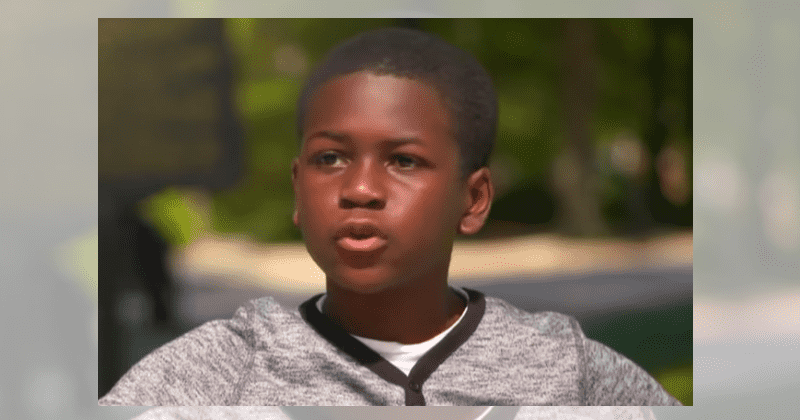 Caleb Anderson is like every other 12-year-old out there—he loves outer space. But, there's one thing that sets him apart from all his peers, he's a sophomore in college studying macroeconomics, U.S. History, Macroeconomics, and humanities. He's nowhere close to being done either and wants to expand his horizons by becoming an aerospace engineer, and hopefully, one day, visiting Mars. "I'm fascinated that there's another world beyond ours. There's another place. There's a better place," he told NPR. When asked what drew him to choose to study space, he said: "You have the heroes that go on the rockets and fly up to space. But the aerospace engineers, they have their life in their hands. And I really think it's interesting and amazing that they do that."

Caleb Anderson was doing fractions when he was 2. He passed the first grade when he was 3. Now at 12, he's a sophomore in college.

He wants to be an aerospace engineer. https://t.co/sbeoZDN3Ss

His call to further his study has already been answered after Georgia Tech made him an offer by giving Anderson a special campus tour and setting up a meet with the president of the school. Despite his achievement at such a tender age, however, Anderson has his foot firmly planted on the ground and is very humble about his capabilities. In conversation with Mark Strassman of CBS News, he says: "I'm not really smart. I just grasp information quickly. So, if I learn quicker, then I get ahead faster." Anderson has lofty goals he hopes he'll be able to reach. Talking to WSB about the path he's charted for his future, he says: "Try to get my master's at Georgia Tech. Then do an internship with Elon Musk, and then I'll probably get my Ph.D. at MIT, and then I think I'll start working at either NASA or SpaceX."

12y/o Caleb Anderson from Atlanta has already been accepted to Georgia Tech and plans to study aerospace engineering. He can enroll at Georgia Tech when he turns 16.

He plans on getting an internship with @elonmusk and going to Mars when he gets older. 🚀☄️🛰️🧑‍🚀 pic.twitter.com/S6yZo7bFCE

For a boy of just 12, Anderson is incredibly advanced both cognitively and intellectually and it's been a recurring theme all his life. According to his mom, Claire Anderson, he was always quick at learning things. At just three weeks old, he began copying her actions. Realizing that there was something unique about him, the mother got herself sign language certified to teach him how to communicate. By the time he was a year old, he had progressed way more than kids three or four times as old as him. Speaking to NPR, Claire said: "Because I thought though that he wanted to communicate, but he didn't have a [means] or a way to do that. Then he started picking up sign language really fast. When he was about 6 months old, he started reading. And by 9 months old he was already signing over 250 words."

Anderson started doing fractions when he was just two and passed the first grade when he was three. Claire said he could have skipped middle school altogether but the family decided not to do so in a bid to help him a "well-rounded child" and instead put him in seventh grade. His unbelievable gift came at a cost, though, as he felt a sense of unease, of not belonging, and these complex emotions were too hard for a preteen to go through. Recounting the stressful times, he said: "They looked down on me because I was younger than them. And not only that, the curriculum was boring to me because I learn really, really fast. One day I came to my mom and she asked me, 'Are you happy here?' and I said, 'No, I'm really bored. This isn't challenging me,' " he said.

He speaks four languages, has recently started his second year at college, and is an aerospace engineering major - and is only twelve years old! 😮

Learn more about him and his amazing life at the link! https://t.co/maTeZSXyC8#aerospaceengineering

After having gone through the tough times, Anderson is well aware he's just not what society dubs "normal". When CBS correspondent Strassmann asked him, "Does it ever occur to you, you know, 'I'm looking at college and I'm 12 years old!?" he replied, "This is my life. This is how I am. And I've been living this way my whole life." At the moment,  Caleb has taken up a dual program at Chattahoochee Technical College in Marietta and is working towards an associate degree while simultaneously earning high school credits. Talking about what his immediate plans are, he adds: "It's not my end goal to go to college. My end goal is to become who I want to be. I want to be someone who helps people reach the stars."

A 12-year-old boy is set to make history as the youngest student to study aerospace engineering at Georgia Tech.
Caleb Anderson has stunned administrators with his advanced knowledge and his ability to assess and retain complex information. Well done, Caleb. pic.twitter.com/Z5x1d9CCZo