The 22-year-old model tied the knot with actor Louis Thornton-Allan earlier this month and shared pictures of the day on October 22, Friday afternoon. 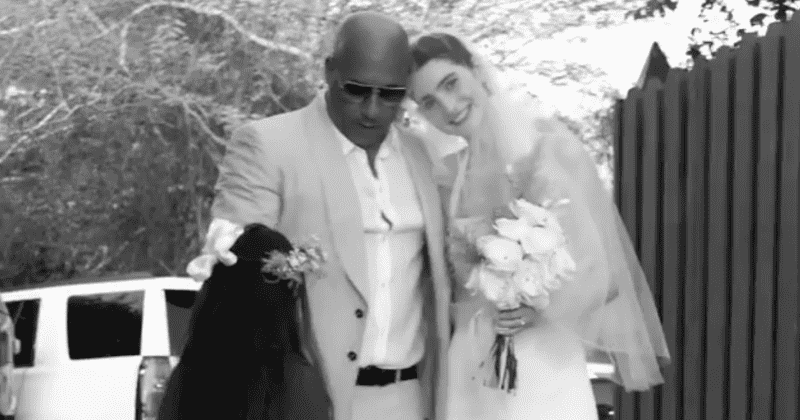 On her big day, Meadow Walker did not have her late father Paul Walker by her side but she did have the next best thing- his Fast & Furious co-star and dear friend, Vin Diesel. Not only was Diesel present for the auspicious occasion but he also walked her down the aisle. According to TODAY, the 22-year-old model tied the knot with actor Louis Thornton-Allan earlier this month and shared pictures of the day on October 22, Friday afternoon. Many photos and videos of the event showed a small gathering on the waterfront around sunset where the couple exchanged their vows. In one such photo, Diesel seems to be walking Meadow down the aisle.

Speaking to Vogue, Meadow explained how the pandemic ended up changing the initial plans for their wedding which took place in the Dominican Republic. "The pandemic impacted our plans," Meadow told Vogue. "Louis’s family wasn’t able to attend. A lot of close friends whom we consider family were also unable to attend due to travel restrictions." That being said, the ceremony was everything that Meadow and her partner had hoped for. "We couldn’t have imagined it to be any more perfect and personal — and honestly it was easy and simple," she continued adding that her aunt Paloma helped immensely with the preparations of the "incredible" event. "Louis and I knew exactly what we wanted from the start. It was a very intimate celebration," she said.

Walker looked beautiful as she donned a custom silk number designed by Matthew Williams of Givenchy Haute Couture. William revealed that the backless gown had a single strap, a minimal train, and "ethereal" veil, something Meadow wanted. "...It was barely there, which kept the focus on her beautiful eyes; face; and natural, statuesque glamour," he added. Now for the beach party reception, Meadow looked radiant in a look created by Ludovic de Saint Sernin. "We were all barefoot, dancing in the sand," she shared. "To finish the night, there was a wonderful display of fireworks, and we lit lanterns into the picturesque night sky."

A few days later, the couple celebrated their marriage in New York City and for this occasion Meadow wore a "fun, youthful, dress." Meadow and Thornton-Allan got married less than three months after getting engaged. Back in August, the couple confirmed their engagement with a video where Meadow can be seen in the pool showing off her engagement ring as she smiled holding back her tears. They exchanged marital vows almost eight years after Meadow's father, actor Paul Walker, passed away.

He was widely known for starring in the hit Fast & Furious franchise but tragically, the 40-year-old died in a car crash back in 2013 when Meadow was just 15. At the time, he was in the middle of filming the seventh installment of the Fast and Furious franchise. It is believed that he survived the crash however passed away moments later due to the impact and the resulting fire of the wreckage. Later an autopsy revealed that Paul was traveling in a car with his business partner Roger Rodas who was driving more than 100mph in a 45mph zone. This is when he lost control and crashed. Apparently, the force was so strong at that point that the vehicle almost split entirely in half.

The world was in a state of shock when the news of Walker's death surfaced as several celebrities began mourning his untimely demise. But even after his death, Meadow kept in touch with his co-actors, including Diesel, who is her godfather according to Mirror, and Jordana Brewster, who played Paul's love interest in the movies. She also spends time with Diesel's family as she shared a picture with his children Hania, Vincent, and Pauline, just last year. "Family, forever," she wrote in the caption. Diesel's undying love for his late friend Walker is no secret as she named his 6-year-old daughter Pauline after Paul Walker. "It felt like, you know, a way to keep his memory a part of my family and a part of my world," he told TODAY in 2015.