From Happy Meals in paper bags to N64s, McDonald outings were an unforgettable experience 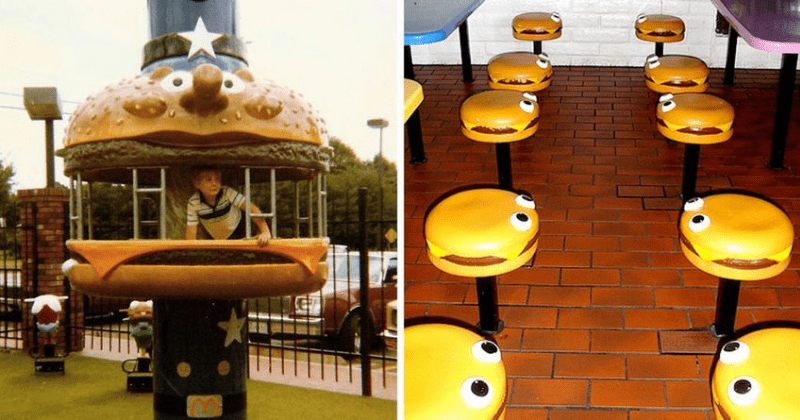 Going to a McDonald's now seems almost perfunctory. But back in the '80s and 90s, it was one of the most joyous occasions for a family, especially for children. It almost had an amusement park-like vibe with its outdoor and indoor playground, gaming arcades, and burger-shaped stools that made the visit worthwhile. As far as the menu is concerned, it had a wonderful spread of items right from McNuggets and a McDonald's Pizza. And who could forget the toys that came with a Happy Meal? A tradition that has lasted through the ages!  And a birthday at McDonald's was just the icing on the cake!

Back then one couldn't wait to find out what toys came with it be it the Beanie Babies, Mini Furbies, Mighty Ducks Pucks, and Tiny Toon Flip Cars among others. Interestingly enough, the Happy Meals would come in paper bags as opposed to boxes. Also, there were cookies available, and one of the standouts was the Grimace cookies. Other cookies included Birdie, Fry Kids, And Hamburglar, and they were designed as such.

Then there were the popular McDonald's Fried Apple Pies that were crispy and bubble on the outside and soft, sweet, and gooey on the inside. With Halloween season having just passed who could forget the McDonald's Halloween Happy Meal Bucket? They came in various colors and had spooky designs imprinted on them that were perfect for the holidays.

One of the biggest draws of McDonald's was its Play Places. They were both outdoors and indoors that had a completely different experience. The indoor play places had amazing tunnels situated near glass windows, so you could see it when you approached the restaurant.

Once inside the tunnel, you could navigate your way through slides and ropes. In addition, there was a ball pit, and let's face it we all loved it, even if it did smell a little weird. As for the outdoors, the play places were replete with a tiny merry-go-round, slides, and a bouncy single see-saw type thing for one that you could ride to your heart's fancy. And who can forget the iconic Nintendo 64 stations, where you'd spend hours playing and not wanting to go home just yet.

Yet another iconic feature of McDonald's back then was their hamburger stools. Did you know that McDonald's also had amber-colored ashtrays? Coffee and cokes also came with their own coke spoons and coffee stirrers. Fun fact, though, McDonald's did away with them because they were apparently being used to sniff cocaine! Yikes! Other retro McDonald classics include food in styrofoam containers, the McSalad Shaker, and the McDonald's plates.