The toy came to life after the 73-year-old singer teamed up with the toymaker to debut a limited-edition Barbie doll in his honor. 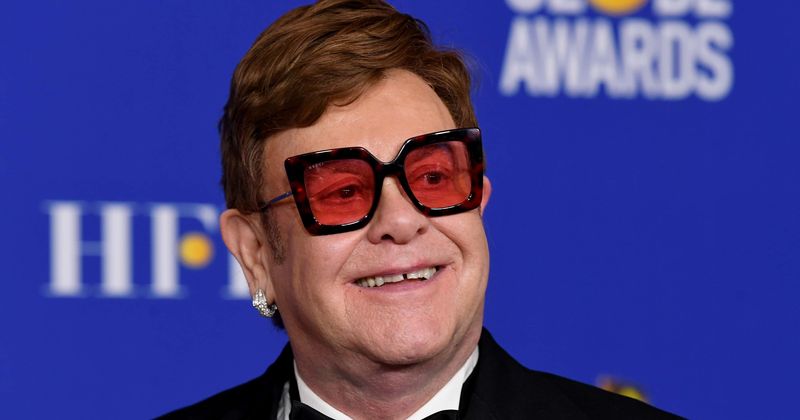 Elton John, the iconic singer, and songwriter officially has his own Barbie after Mattel released the doll after him which comes with his signature pink-tinted glasses. The 73-year-old singer teamed up with the toymaker to debut a limited-edition Barbie in his honor. Dubbed the "Tiny Dancer," it will be released to coincide with the star's 45th anniversary of its record-breaking concert held at Dodgers Stadium in 1975 - which was the largest ever single-artist concert in history over four decades ago. In a statement to Rolling Stone, John said: "Barbie is an icon in her own right, so having her pay tribute to my work and personal style is a real honor. I hope that she inspires fans everywhere to fearlessly pursue their own dreams and limitless potential."

Love this Barbie! Love her hat glasses and style. Would be my favorite Barbie definitely. 😍

Available at Walmart, the blond doll is 12-inches tall and will take on a full Elton John persona, replete with an Elton-embossed bomber jacket, flared denim pants, with the letter E and J displayed on the front of each leg, and platform boots. In addition, the doll comes with accessories that are an embodiment of the legend himself, including a purple bowler hat, and pink shades. Rainbow stripes don on both the jackets and boots as a tribute to John's activism for the LGBTQ+ community. John told PEOPLE, "I have always loved and embraced fashion as a means of self-expression. My earliest memories of Barbie all involve fashion and even today, she still inspires our culture, not only fashion but in art and music too. Her legacy, I’m sure, will carry on forever."

An added feature of the product is a doll stand and a Certificate of Authenticity for all collectors. Describing the product on its official website, Walmart wrote: "This collectible Barbie doll is a bold collaboration that personifies two cultural icons and honors the extraordinary artistry and musicianship of a stellar performer." The Elton John Barbie also includes a bedazzled collectible box and is priced at $50, and is also available at Barbie.com, Amazon, and Target.

Born Reginald Kenneth Dwight on August 25, 1947, John is an accomplished singer, writer, and composer besides playing the piano. He has sold over 300 million records to become one of the most popular musicians of all time. In recent news, the "I'm Still Standing" singer said he's not a fan of racy music videos, which feature a lot of twerking and emphasized the need for "empowering" videos, as per The Eagle.  Appearing on the latest promo for his new song "Lose Each Other" with R&B Singer Teyana Taylor, he called his appearance "classy" while urging for less twerking. Speaking on Taylor's Instagram Live, John said: "What you did in the video was so beautiful and empowering. Normal videos have people shaking their booties and this was a piece of art. You weren't shaking anything. It means a lot. There really aren't many classy videos out there. They are what they are." He even compared the song as being a "Rolls-Royce of videos".

Meanwhile, Taylor was overjoyed to collaborate with one of the stalwarts in the industry. Speaking of the moment she decided on having him in the video to Billboard, she said: "I told my team, 'You know what would be dope? If I could have Elton John open the video on the piano!' Not that I thought it could really happen, but just putting it out there in the universe. So as we were working through treatment ideas and solidifying logistics for the video, an international phone number calls me ... and for a second I almost didn't answer, but my intuition spoke, I answered. All I hear is ... 'Hello darling, it's Elton. I'd love to do your video!' I freaked out!"

The music legend says he's been keeping quite busy with collaborations even though his tours have been postponed due to the pandemic. "All I've been doing is finishing off a couple of musicals that I've written. I did a [Lady] Gaga track," he said. "I have a few lyrics from Bernie Taupin, which are wonderful, but I have no interest in being Elton at the minute. So I've been working with other people, which is fun, and staying away from me." Last month, he shared a video message with his fans, reassuring them that he's been feeling "healthier than ever." He said, "I’ve been enjoying my time at home with my family while the world navigates its way through the COVID pandemic, but I really miss being on the road and performing for my beloved fans on my Farewell Yellow Brick Road Tour."