trending celebrity people lifestyle news animals
Man Wakes Up From Coma To Find The Virus Had Taken His Wife. A Week Later, It took Him, Too

Man Wakes Up From Coma To Find The Virus Had Taken His Wife. A Week Later, It took Him, Too

This is the story of Lawrence Nokes, 69, who woke up from a coma only to hear that his wife had died, before dying a week later. 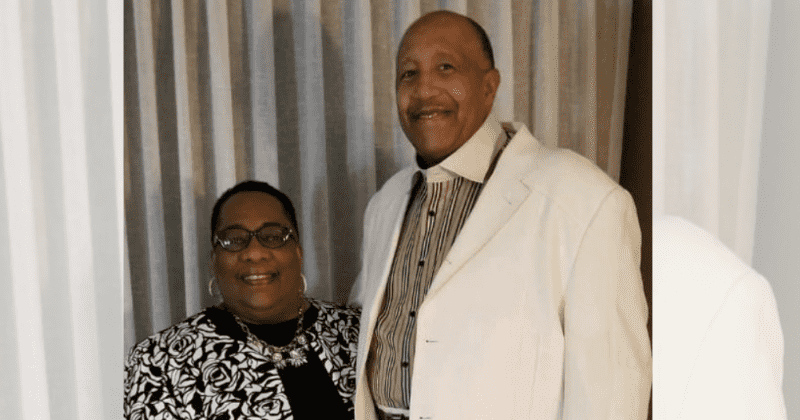 Life has a habit of throwing curveballs at us every once in a while. Although some grab the opportunity with both hands and hit them out of the park, others are so ill-equipped, they're caught off-guard and get struck out. In the case of Lawrence Nokes, things turned out very much like that but with far, far worse consequences as life threw not one, not two, but three curveballs and knocked him out and took everything that was his. It all happened in such quick succession—when he was so down at his worst that he barely even had a chance to put up a good defense, a Washington Post report says.

Nokes, 69, was working at Pleasant View Nursing Home at Mt. Airy Maryland at the height of the coronavirus pandemic, taking up the responsibility to tend to over 95 residents admitted at the hospital. As his luck would have it, 84 of the 95 ended up testing positive to the virus. It was only time before he himself contracted the virus from one of the unsuspecting patients he was caring for. He tested positive in late March and things soon escalated to such an extent that he was barely able to breathe independently. He was admitted to Carroll Hospital Center and was then hooked up to a ventilator. As things became untenable, he was put into a medically administered coma to reduce the pain and discomfort. Thankfully, Nokes woke up from his coma after 11 days on April 10 and was promptly taken off the incubator.

When Lawrence Nokes, 69, was taken off the respirator on April 10, doctors told his family he had a good chance of recovering from COVID-19. Then he was told that his wife of 24 years had died.https://t.co/313eI2i8Ov

Pumped by his recovery, the first thing he wanted to meet was —Minette, his wife of 24 years; the woman who slow-danced with him to Patti LaBelle every Sunday. But sadly, she had passed away due to a heart attack just three days prior on April 7, a day before her 72nd birthday. The medical examiner’s office said she posthumously tested positive for the coronavirus. Heartbroken by the news, his breath turned erratic according to his stepdaughter, Carrie Kelly. He even pushed the medical staff to allow him to sign a "do not resuscitate" order so that he wouldn't be given a CPR in case his heart stopped. He then asked the staff to stop further medical treatment and to be transferred to hospice.

Remembering the incident, Kelley said: "He was brokenhearted. He did any and everything for my mother, so this — it took its toll." Over the next five days, Nokes called all of his children and grandchildren telling them how much he loved them before leaving specific instructions on what to do with his belongings. According to Chaunda Stewart, his other stepdaughter, he apologized profusely for her mom's death and said he was responsible for Minette's getting sick and subsequently dying. On April 15, eight days after his wife's death, Nokes breathed his last. “I’m still angry at Pleasant View, still confused at how quickly we lost them both,” Kelley said. “Junior was a good person to so many people. They both were.”

I think it's time that we start putting names & faces to the people we've lost to #Coronavirus in the U.S. They weren't just numbers; they were human beings. I'm going to start this thread, but if you see an obituary, please add & RT. @DanPatrick @realDonaldTrump 1/1

Talking about the relationship between the now-deceased couple, Kelley said: "She was the light,” Kelley said. “For all of us, but especially for him.” Nokes wasn't the only casualty to coronavirus at the Pleasant View Nursing Home. According to the report, 10 other people have succumbed to the virus as of Tuesday, May 12. According to a eulogy on Legacy, he is survived by three sisters and a brother, a daughter, two stepdaughters, and a few grandchildren, and great-grandchildren.

Lawrence Nokes worked at the hard-hit Pleasant View nursing home in Maryland. When he learned that his wife had died, his daughter said, he kept apologizing because no matter what his loved ones told him, he felt responsible for his wife getting sick. https://t.co/NGZf0Lezn5