Both Hargitay and Meloni are reuniting after the latter departed the Special Victims Unit over a contract issue. 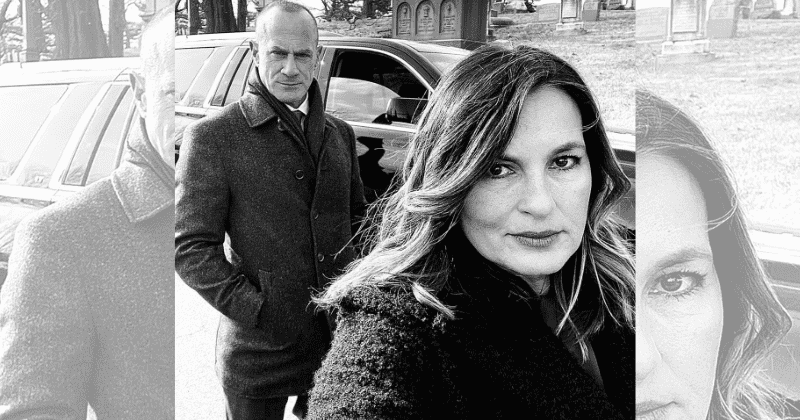 It looks like the long-awaited Law & Order spin-off series is officially on its way. On Monday, Mariska Hargitay posted a picture from the sets of the upcoming series with Christopher Meloni. In the white-and-black picture, the 57-year-old actress is seen posing next to her 59-year-old colleague in an undisclosed shooting location that looks like a cemetery. Hargitay also included two other pictures with the director's chairs bearing the names of the characters the two brought to life in the Special Victims Unit series while the back read: Law & Order: Organized Crime, suggesting that it could be the name of the new show, reports PEOPLE.

"It's all happening," she captioned the post and added hashtags OC and PTL. The new show, which is expected to premiere in Spring 2021, marks the return of Meloni as Elliot Stabler nearly a decade after he left the original show after failed contract negotiations. Meloni was a cast member of the show from its premiere in September 1999 till 2011 and was written off the show at the end of the Season 12 finale as he retired from the force. Meloni and Hargitay were praised for their great on-screen chemistry and it looks like people will sooner rather than later be able to capture more of that in the coming months. Meloni's return to the fray was confirmed back in March, after the spinoff series received an order for 13 episodes with Stabler returning to the NYPD to take on organized crime after having battled past a "devastating personal loss" of his own, according to NBC.

You know these two have got each other's backs. 📸: @Mariska pic.twitter.com/QNuFHleD4X

The series is set to chronicle Stabler's life as he tries to acclimatize himself to the changing times after missing out on action for a decade. Per the outlet, Stabler will go on a journey to "find absolution and rebuild his life, while leading a new elite task force that is taking apart the city's most powerful criminal syndicates one by one." Meloni himself had previously confirmed that to Sharon Osbourne on The Talk. "How much? I don't know, because I hear she has her own day job. I think whatever we can slice away, whatever the writers come up with. I think we will both be looking forward to playing with each other in each other's sandbox," he said, reports PEOPLE. Meloni also touched upon the nature of his exit in 2011 and said his character will now be a "changed man". Addressing co-host Sheryl Underwood, he said: "Yeah, absolutely. I mean, you have to."

"There are a lot of unanswered questions about how he left, why the silence vis-à-vis Olivia Benson," he added. "I think, in real terms, society, and what we are dealing with in society, has changed dramatically. So, I think you have to address that. And, I think the person Elliot was, I think we all evolve. I think all those things are going to be put into play." Currently, Law & Order: Special Victims Unit is one of the longest-running shows on TV, having already completed a 478-episode, 21-season run as of 2019. The show has won over 33 awards, including an Outstanding Lead Actress In A Drama Series Emmy for Hargitay in 2006. It remains to be seen if the Meloni-led show will be able to capture the imagination of the audience and go on sweep the awards like its predecessor.