Todd Winn, an Iraq war veteran, staged a one-man protest for George Floyd and others in front of Utah Capitol building. 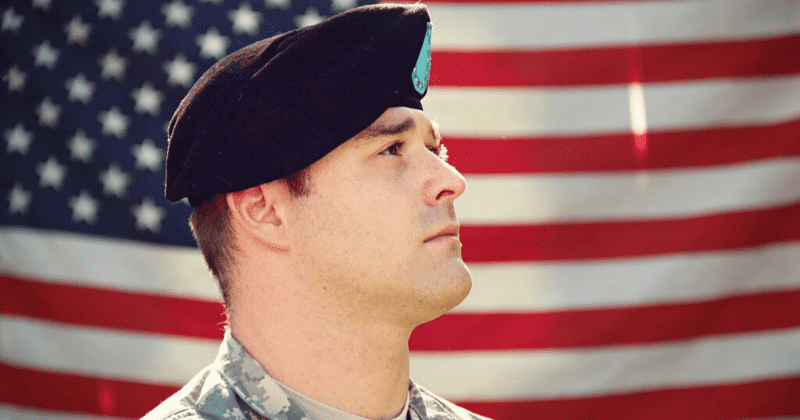 A Utah Marine veteran held a one-man demonstration in front of the Utah State Capitol for more than three hours on Friday as a show of support for the ongoing Black Lives Matter movement. The Marine identified as Todd Winn, a decorated soldier with two Marine Purple Hearts, talked to 2News on Sunday night and explained why he chose to protest in full uniform. He also talked about people who were questioning the validity of his Marine services and the comments he's received from the general population and fellow Marines. Winn could be seen with tape on his mouth which read - "I can't breathe".

This Marine with “I can’t breathe” taped over his mouth stood for hours in silent protest calling for justice for victims of police killings. He stood unmoving for so long in the hot sun at the Utah State Capitol that his shoes melted into the pavement. pic.twitter.com/KF7GWx2ik7

The veteran's show of support came a day after thousands of peaceful demonstrators thronged the Capitol to show support for the raging Black Lives Matter movement that only seems to rise every day. Winn, who calls himself a small-town boy from Kansas, did so in solidarity with the millions of people protesting the case all over the world. He reportedly grew up in what he calls a "patriotic environment" as his father served in Vietnam, his grandfather served in World War II, while a few of his other family members served in Korea and World War I.

Katie Steck, Winn's girlfriend, said that Friday was a 'day of silence' for him. "He has been very angered and appalled by the injustices that have been happening," she said in an interview with KSL-TV.  As he was standing in protest, the veteran had set his watch to go off every eight minutes and 46 seconds - the same time Minneapolis police officer Derek Chauvin had his knee on George Floyd's neck. And when the watch stopped, he decided to count the seconds till he could finish his three hours of lone protest in the blistering heat.

US Marine veteran who won Purple Heart while serving in Iraq stages one-man Black Lives Matter protest for three hours in 99-degree heat in Utah
Thank you Sir🙏🇺🇸
You're a Hero pic.twitter.com/4T9rMKLCIg

Speaking after his demonstration, Winn said: "Having these incidents also puts good, conscientious police officers in danger. Because when you have officers acting out, not using their escalation force properly, abusing their authority, it causes more and more people to think, I think somewhat rightfully, to distrust the police," he told KUTV. Winn was wounded on duty in 2005 in Iraq when a roadside bomb detonated causing him significant brain damage, PTSD, and depression - conditions he continues to suffer from to this day. Steck said Winn's decision to be in full Marine gear is his way of protesting while still being patriotic. "Seeing a lot of things that have happened, that’s not the kind of America he wants and not the kind of America he’d sacrificed for," she said. "That’s not what he wants to represent."

Floyd was a 46-year-old black man who died in the custody of Minneapolis police on May 25. Breonna Taylor was a 26-year-old EMT who was shot to death by Louisville police back in March after a no-knock search which later turned out to be without basis. Rice, meanwhile, was a 12-year-old black boy who was fatally shot by a Cleveland police officer in 2014 after he mistook the boy's pellet gun to be a real gun in a Cleveland recreation center. Winn ended his statement by saying he wasn't sure the way he protested was the right but said if it is a mistake it's one he stands by.

EXCLUSIVE: The Utah Marine veteran – who viral over the weekend – explains why he chose to protest in his uniform, cleared up rumors questioning the validity of his service, and how he is handling the range of comments he is receiving from others.https://t.co/x8v10zXFIO