Man Wrongfully Convicted Of Rape After Police Framed Him, Finally Exonerated After 19 Years

Termaine Joseph Hicks went into the alley to help a woman in distress, but police shot him in the back thrice and framed him for the crime. 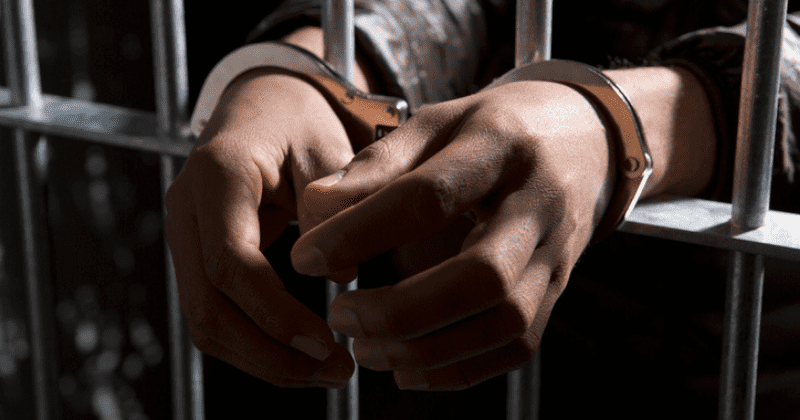 Termaine Joseph Hicks was at the wrong place at the wrong time and it cost him 19 years of his life, one he could have spent raising his son. On November 27, 2001, behind the St. Agnes Hospital in South Philadelphia, a man dragged a woman into an alley and raped her before fleeing the scene. Hicks, who was in the vicinity, rushed to help her but the police officers who arrived assumed him to be the rapist and shot him thrice in the back. He was charged with rape and sentenced to 25 years in prison, reports The Philadelphia Inquirer. When he was arrested, Hicks was serving as the assistant manager in a local Popeye's and was raising his five-year-old son. Of the three bullets that struck him, one of them lodged in his chest and collapsed a lung that needed emergency surgery, and he was arraigned while being handcuffed to his hospital bed. When sentenced to 25 years in prison, Hicks faced the judge and said. "An innocent man can’t sit in jail for long."

Termaine Joseph Hicks was shot by police, while trying to help a woman who was being raped. Cops charged him using lies to cover it up. The judge penalized him for telling the truth—he didn’t do it. The victim was lied to by the cops. https://t.co/SOFQgpXDvg

On December 16, 2020, his innocence was proven and he was exonerated. His release came after the District Attorney's Conviction Integrity Unit agreed with Hicks and his civil-rights attorney Susan Lin as well as the Innocence Project that his conviction was built around a web of lies—probably fabricated to cover up the shooting which was contradicted by compelling forensic evidence. Speaking after upending the sentence, Philadelphia Common Pleas Court Judge Tracy Brandeis-Roman congratulated Hicks and offered him an apology. "I am quite cognizant of the pain and the trauma of the victim, and then more pain in realizing that the wrong person was convicted. I do feel that, one case at a time, this system is being improved."

We are so grateful for Susan Lin @KRMFLaw for her work on this case & @samanthamelamed for the reporting. Welcome home Termaine Joseph Hicks!!! #wrongfulconviction https://t.co/VjuXVgfUsB

Every time Hicks pleaded innocence at parole hearings over the course of 19 years, he was penalized for not taking responsibility for his crime. Speaking of the blatant holes in the law, Innocence Project attorney Vanessa Potkin said: "He is going to be returned to something that he should have had on Nov. 27, when police encountered him, but he didn’t: the presumption of innocence." The new analysis the lawyers used showed plenty of evidence from back when he was convicted which would have been enough to clear Hicks' name even then. Officer Marvin Vinson shot Hicks in the chest and the stomach after he allegedly pulled the gun from his pocket and lunged towards him. However, per Hicks, the officer shot him in the back as he was reaching for his phone to call 911. A forensic analysis of Hicks' records and an examination of his clothing showed that Hicks was indeed right, which was backed up by the city's chief medical examiner.

According to Potkin, there was enough evidence to suggest that the police planted the gun they said was taken from his jacket pocket which was smeared with blood, while the insides of Hicks' pocket were clean. "He has always maintained that he arrived at the scene when he attempted to help the victim. He had his hand in his pocket because he was going to attempt to call the police when they arrived and shot him in the back. Police claimed that Mr. Hicks had a gun on him as part of their effort to cover up the circumstances of the shooting, but the weapon that was attributed to Mr. Hicks was registered to an active Philadelphia police officer." The officer had never reported the gun missing. Despite the gross misuse of power to frame an innocent man, Vinson and his then-partner Sgt. Dennis Zungolo, continue to be employed at the department.

Innocent Termaine Joseph Hicks lost 20 years of his young life... and why there should be no death penalty.#wrongfulconvictions @RoArquette #BLM 💔