24-year-old Beau Jeffrey Seeby's lawyer said he had mental issues and asked for a lenient punishment. 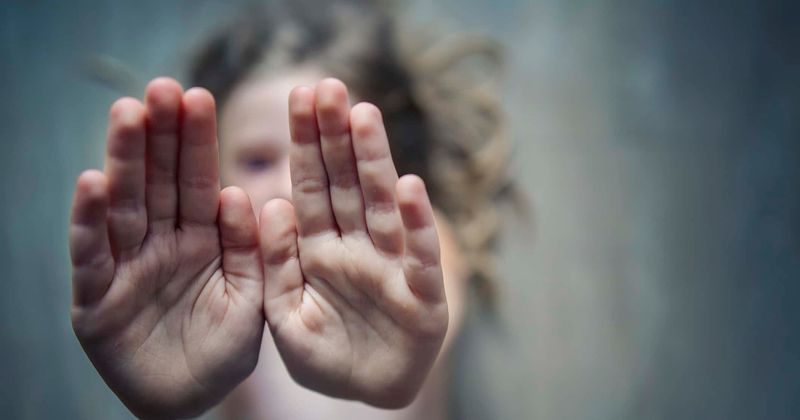 A man in Australia raped an 8-year-old girl in a public toilet and told authorities through his lawyer he had been depressed and committed the crime as a "cry for help." Beau Jeffrey Seeby, 24, followed the little girl to the bathroom of a community club on October 6 last year, reports Daily Mail. He looked around the place to make sure there was no one, as seen in surveillance footage obtained from inside the establishment. Then, he went inside the bathroom and held the girl by her neck while he raped and sexually assaulted her. Seeby was a drug user with mental health issues, something his defense brought up at the Adelaide District Court on Monday as a way to try to get him lenient punishment for this offense. He had also been convicted for a previous assault but did not serve any jail time.

He stalked a girl, 8, into the toilets, held her by the neck and sexually assaulted her. He says it was "a cry for help" - but prosecutors have told an #Adelaide court this child sex offender has done it before. https://t.co/lp5kcf1ZKn via @theTiser #truecrime

The attack took place at 11 p.m. in the toilet of the community club in South Australia's Riverland region. Prosecutor Rebecca Schell showed the court footage from inside the club and argued that Seeby knew his actions were wrong and yet did not stop. She called the attack opportunistic and predatory. She said, "He watched the victim enter the toilets, kept a lookout around him as he moved toward them, he knew that she was on her own. It was a confined area with only one way in and out, throughout the assault he told the girl to be quiet, she described being held loosely around the neck."

The anger I am feeling at the disgraceful sentencing system we have , fix it @marshall_steven !

The prosecutors highlighted that Seeby had been charged and found guilty of aggravated indecent assault in a previous case but was released after an agreement on an 18-month $100 bond. He did not go to jail for the offense. In the recent case, Seeby pleaded guilty to one count of aggravated indecent assault, which carries a maximum penalty of 10 years in jail. Seeby's lawyer Leesah Randal told the court, "He was in a place where he was feeling hopeless and alone… this was a cry for help." She added he had been "self-medicating" with cannabis and meth due to his mental health issues. Randal argued that her client was young and extremely sorry for his actions, and asked the District Court to grant him a merciful non-parole period. Seeby also apparently tried to get help from the community for his varied problems but claimed there was no one to listen.

Child sex monster Anthony Sampieri is currently being sentenced by Act. Judge Paul Conlon, who is going through the details of the dozens of sexually explicit phone calls he made to women, prior to him raping a 7-year-old girl at a Kogarah dance studio. @7NewsSydney pic.twitter.com/0uJMjFaEhU

Randal further said her client apologized to the victim and her family. Seeby's next court hearing is up next month and remains in custody. In a similar case, we wrote about a serial sex offender in Sydney who raped a 7-year-old girl at knifepoint in a toilet cubicle and was sentenced to life in prison without parole. Anthony Sampieri, 56, from Kogarah in Southern Sydney, tied the girl's hand with a cord, punched her when she tried to raise an alarm and even stuffed her mouth with toilet paper as he raped her for 40 minutes. The rape took place at the dance studio (that shared space with other businesses) in November 2018 and the horrid pedophile filmed himself in the act. Samperi had been convicted previously for raping a 60-year-old woman and was just out on parole.

He had also pleaded guilty to three counts of sexual intercourse with a child under 10 in June. Samperi had also made as many as 94 sexually explicit calls to various women, months before the November 2018 incident.