William 'Roddie' Bryan is the third person to be arrested after Greg and Travis McMichael, who shot Arbery dead on February 23. 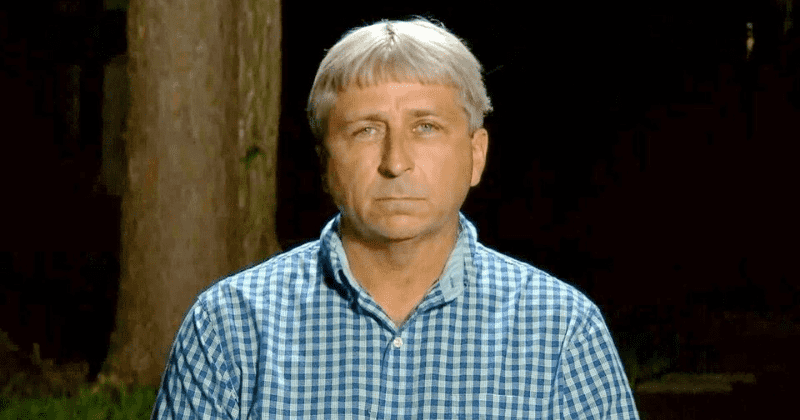 Trigger warning: This report contains video footage and other details of the murder of Ahmaud Arbery that readers may find disturbing.

A third person has been arrested in connection with the death of 25-year-old Ahmaud Arbery in Georgia. William 'Roddie' Bryan, the man who took the video that showed Arbery being shot by two white men in a Brunswick neighborhood, was arrested on Thursday—a press release by the Georgia Bureau of Investigation (GBI) stated. Arbery's family had called for Bryan's arrest since the murder gained national attention earlier this month after the video was leaked to the public. Greg McMichael, a former D.A investigator, and his son Travis, who shot Arbery, were arrested on May 7. The GBI press released added, "On May 21, 2020, the GBI arrested William “Roddie” Bryan Jr., age 50, on charges of Felony Murder & Criminal Attempt to Commit False Imprisonment. These charges stem from the February 23, 2020 incident that resulted in the death of Ahmaud Arbery."

JUST IN: William "Roddie" Bryan Jr., the man who recorded the fatal shooting of Ahmaud Arbery in a neighborhood outside Brunswick, Georgia, has been arrested on suspicion of murder, the Georgia Bureau of Investigation says https://t.co/tX5PDpSjff

It further stated, "He will be booked into the Glynn County Jail. This case is being investigated in partnership with District Attorney Joyette Holmes of the Cobb County District Attorney’s Office." Since Bryan's role in the killing has been highlighted, he has been pleading his innocence and has come on several news channels to talk about him and his family receiving death threats. While Bryan's name or role in the killing did not immediately come to the public's attention, the GBI eventually paid attention to the concerns of the Arbery family and placed him under investigation. During a recent press briefing, Vic Reynolds, the Georgia Bureau of Investigation (GBI) director, said that while Bryan's video was a "very important piece of evidence", everyone involved in the case including the "person who shot the video" was to be investigated.

This angered Bryan, who claimed to have cooperated with authorities from the beginning and even gave the video to the Glynn Police as evidence of the shooting. Following Bryan's arrest on Thursday, the Arbery family's lawyers released a statement, reported CBS affiliate Action Jax News. It read, "The family of Ahmaud Arbery was relieved to learn that the Georgia Bureau of Investigation has today taken William ‘Roddie’ Bryan into custody We called for his arrest from the very beginning of this process. His involvement in the murder of Mr. Arbery was obvious to us, to many around the country and after their thorough investigation, it was clear to the GBI as well. The family of Mr. Arbery is thankful for the diligence of the GBI and the way in which they tirelessly pursued the evidence in this case. We want anyone who participated in the murder of Mr. Arbery to be held accountable.”

Bryan is believed to have chased Arbery along with the McMicheals on the day of 25-year-old's death on February 23. There were also reports that at one point in time during the chase, he had even blocked Arbery's path before Arbery met the McMicheals. The initial 30 seconds video shot by Bryan and leaked on May 4 sparked outrage across the country. This was actually part of a 4-minute video that depicted how Arbery had been chased, not just by his shooters but also by Bryan, as per our report. In an earlier interview, Bryan had said that he had been in  "complete shock" and added, "I’ve never been involved in anything like that before. I’m trying to get my life back to normal, and it’s been smeared for the last week. I was told I was a witness and I’m not sure what I am, other than receiving a bunch of threats."

He said further, "I’d be lying if I didn’t say I wasn’t scared. If that’s what they wanted to do was scare me, they’ve scared me,” he said, whilst adding that he sympathized with Arbery family's loss. "Yes, I am very, very sorry for your loss. I don’t know what else to say. There’s nothing else I can say. I am very sorry for your loss," Bryan concluded.