Man, Who Allegedly Stabbed His Wife & Two Kids To Death, Was Found Lying With Their Dead Bodies

Bryan Richardson, 27, from Copperas Cove has been charged with three counts of murder 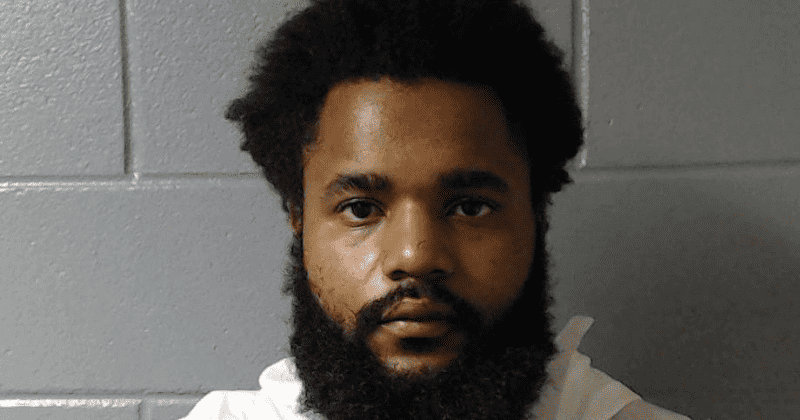 Trigger Warning: The story has graphic details of a triple murder that readers will find disturbing

Police in Texas came across a disturbing case of triple murder over the weekend where a man allegedly killed his wife, their two children, at their home. They found him lying down with their dead bodies on a bed and their family dog dead in the kitchen. Officers of the Copperas Cove Police Department were requested to conduct a welfare check at a home in Fairbanks Street. They reached the house on December 12 around 9:32 pm but were unable to make contact with anyone in the home. They entered the house and found "three deceased individuals" according to a police statement. "A fourth individual was located in the residence and was taken to the police department for questioning," it added. The fourth person in the house and the murder suspect was identified as 27-year-old Bryan Richardson. He has been charged with three counts of murder.

"I already lost all of those." That is how triple murder suspect Bryan Richardson answered police officers when asked if he was worried about losing his job, position, spouse, or custody of his children due to arrest. https://t.co/JvqjT7ItlS

A report in PEOPLE stated that Richardson is accused of killing his family members by stabbing them with a knife that was found at the scene of the crime. The request for a welfare check, which prompted the police to check on the house, was made by the brother of Richardson's wife, Kiera Michelle Ware, as he was not able to reach her. At home, the cops found "a large amount of blood on the kitchen and living room floors," according to a complaint.  The dog was found in a pool of blood in the kitchen, the complaint added. When officers made their way towards the bedroom, they reported seeing large amounts of blood just outside it. The door had been locked from inside. They forced it open and found Richardson covered in blood and lying in a bed with his dead wife next to him. The bodies of his two children - a son and daughter - were also in the room.

While the son was wrapped in a blanket, the daughter was laid next to her brother and was said to be wrapped in a comforter. Richardson had three lacerations on his left arm. Cops said the injuries might have been self-inflicted. When Richardson was asked what had happened, he said he had no idea, according to the police complaint. He was immediately arrested. A bloody knife was found on a table next to an empty six-pack of beer during a search of the house. An empty bottle of Trazodone, an antidepressant, was also found from the house. During further questioning, cops asked Richardson if he had been worried about "losing a job, his spouse or custody of his children," according to the complaint. He replied, “I already lost all of those."

"Richardson was arraigned by Justice of the Peace John Guinn on December 13, 2020 and received a $750,000 bond for each count, for a total bond amount of $2,250,000," the Copperas Cove Police statement said. He has not yet entered a plea. Richardson's Facebook page revealed he is originally from Richmond in Virginia but lived in Copperas Cove. He worked at GNC Live Well, a company that makes nutritional supplements. He went to Meadowbrook High. Richardson's profile is full of pictures of his wife and his two children. We recently wrote about a man in North Carolina who stabbed his wife multiple times as her three children ran to a neighbor's house to inform them. The woman died before she could get any help. Alexander Dayton Dzikowski, 33, was arrested for the suspected killing of Tiara Dzikowski, 35.

Mother of three stabbed to death as children flee to neighbor's house for help. https://t.co/kG5A8yu1PA

A statement by the Nash County Sheriff's Office revealed that Tiara had a number of stab wounds on her body. Dzikowski was found at the home and taken into custody without any incident. He was taken to a hospital as he had some injuries. He was set to be charged with first-degree murder after his release from the medical facility