trending celebrity people lifestyle news animals
Man Wears A Huge Snake Around His Neck For A Bus Ride Instead Of A Mask, Baffles Passengers

Man Wears A Huge Snake Around His Neck For A Bus Ride Instead Of A Mask, Baffles Passengers

The man had a snake around his neck for much of the ride and let it engulf a grabrail after he got tired of holding it. 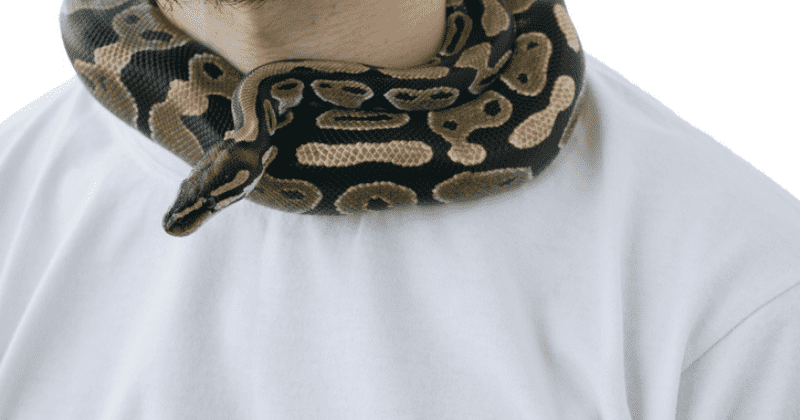 Passengers in a bus were in for a shock when they witnessed a man sitting with a python around his neck instead of a face mask. The bizarre incident took place in Salford, Greater Manchester, UK, and the man was on the Swinton to Manchester bus service on Monday. Fellow passengers were baffled at the sight as he flouted several coronavirus guidelines, including the use of masks on public transport in England, reports Daily Mail. The man reportedly removed the snake from around his neck after a point before it wrapped itself onto the grabrails right next to it. The otherwise bored passengers said it was "definitely entertaining" after the peculiar experience. Speaking to the Manchester Evening News, a 46-year-old woman who was on the bus, said: "He had it wrapped around his face like a mask getting on the bus. At first, I thought he had a really funky mask on, then he let it crawl around the handrails. No one was really bothered on the bus but a man behind took a video," she said, and added: "It was definitely entertaining."

Imagine someone this time last year telling us this would be an actual situation. 2020 really is something else. https://t.co/xjngeSua8M

The rare incident has shown that people are now stretching the definition of a "face-covering" to include reptiles to the list. A spokesperson for Stagecoach, the bus service, in Manchester said: "The safety of our customers and employees is our absolute priority. We are shocked at these reports and are taking them very seriously. We expect all of our customers to comply with the government's rules on wearing a suitable face covering on public transport. A full internal investigation is underway, which includes checking the CCTV on the bus and interviewing the driver." The use of masks in public places has become one of the most contentious issues arising out of the coronavirus pandemic. While instances like the man and his snake is a rarity, people are often seen being attacked for enforcing or failing to enforce face-covering rules in public areas.

In an incident from last month, Tim Gaskin, a former LGBTQ talk show host, went on a homophobic rant and threatened to expose himself in a department store after he was told to wear a mask. The incident that occurred in a Marshall’s department store in San Francisco was caught on tape by an employee, who was being abused by Gaskin. The video was shared on Twitter and on Reddit under r/PublicFreakout. The video starts with Gaskin using a homophobic slur on the employee who's filming them. Gaskin can be seen as not wearing a mask. “You dumb fucking f****t, what’s your problem?” Gaskin can be heard asking. The employee tells him he can't be using that kind of language in the store.

In another similar incident, a senior woman decided to plop down on a CostCo floor after she was told to wear a face covering, which she clearly had hanging around her neck. She instead got around to an argument with the employee, and in typical Karen fashion demanded to speak with the manager before sitting down in the middle of the warehouse. In a series of two videos shared by user OnlyinLVNV, the woman is politely asked by the employee to wear her mask which she refuses to comply outright and says, "I am a United States citizen!" The employee responds: "OK, well, you have to wear your mask in Costco though. It’s a private property," before pointing out to the mask on her ear and says: "There is something hanging off your ear right now."

See, this is why Manchester was the birthplace of the Industrial Revolution. Face covering AND social distancing tool in one. Genius. https://t.co/GGNzrBymlL

Favourite story of the day.

Man is spotted wearing a SNAKE instead of a face mask on the bus https://t.co/r2dSiK7xxi via @MailOnline