The couple had decided on not having kids very early in the relationship. 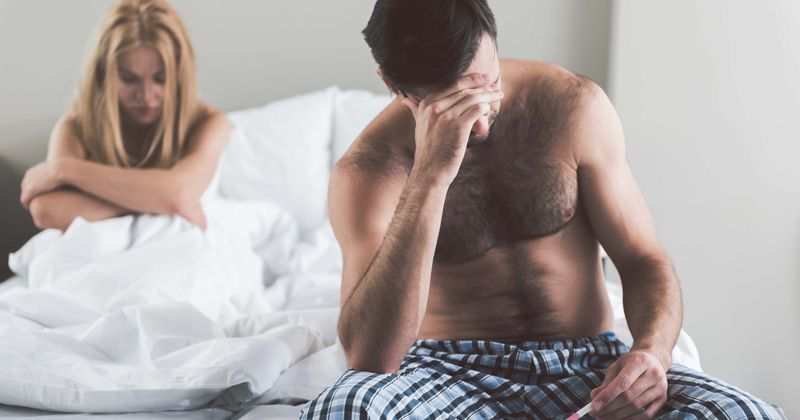 What is a relationship without trust? A 31-year-old man took to Reddit to express his disappointment when he found out his wife had betrayed him. The couple had decided to be child-free in their relationship, but it appears that somewhere down the line, his wife had a change of heart. Instead of discussing it with him, she lied about taking birth control pills and ended up getting pregnant. Now, is that fair to the man, and forcing him to be a father when he never wanted to? More so, is it wise to bring a child into the world based on mistrust? The Redditor was shocked to find her "ecstatic" about the pregnancy. Was she planning this all along without his knowledge? The man was caught in a dilemma. He had two options in front of him: one, to ask her to get an abortion, or two, divorce her. He shared his story on the "Am I The Asshole" section of Reddit.

He wrote: Me (31m) & my wife (29f) are very vehemently childfree. We’re not one of those nutters who calls kids crotch fruit or spawn or whatever godforsaken name there is, but it was an agreement that we had very early in the relationship that we wouldn’t have kids. Now I’ve been putting off getting a vasectomy, I did get one a few weeks ago but I was just procrastinating it which was my fault I guess. However I used condoms and my wife has been on birth control since she was 14, so we were all good. So about 2 weeks before the vasectomy, me and the wife were getting down to business and I realized that I’d ran out of condoms, she reminded me that she’s on birth control so we proceeded with the deed. I go get some more condoms after, vasectomy happens, and everything’s all good.

He continued: Nope. She’s now six weeks pregnant, I was surprised cause isn’t she supposed to be on birth control? Come to find out that she hasn’t been taking it for at least a few months now. On top of that, she wants to keep the kid which I am very against, she’s very fucking ecstatic which shocked me cause obviously she’s against having kids too. I feel so damn betrayed in this situation, she knows I’m very against kids, and not only that but I was a foster child and don’t know anything about my parents so I have no clue what inheritable diseases I may have. I really don’t want to have a kid. So much so that I’m thinking of divorcing her if she’s not willing to get rid of it, and to be honest I might divorce her anyways cause of the crap she pulled with the birth control. I have told her that I’m against this pregnancy but I haven’t pushed any further than that. Would I be the asshole for possibly divorcing her over this, or asking her to get an abortion?

While abortion is often a topic of controversy, most of the top comments believe that the man is "not an asshole"  User TheAllMightiest put it best, writing: Might be controversial, but I'm going to say NTA. You two were against children, and I'm not sure if she had a change of heart before the sex or afterward, but either way, she lied to you about birth control. This could have very easily tipped into "Everyone Sucks" territory, but you haven't forced an abortion onto her and your reasons for not wanting this child are sound. Some people are also going to tell you "you're an asshole because ultimatums always suck"....but this is a child. A child you both were supposedly in agreement wasn't welcome, but she's now lied to you and gotten pregnant. It's a major conflict of interest now, and I honestly don't think you should be expected to be 'over the moon' about a child you were deceived into conceiving. Ending the relationship over this isn't an extreme reaction, in my opinion.

Another user keepin-frosty added: On top of this, lying about birth control muddies the exact nature of the act you're consenting to. Technically she's committed a serious sexual offence by doing this. rashbandicoochy noted: I agree, this is a firm NTA. The wife is a MASSIVE asshole here. Conditions were laid out for OPs consent to have sex, the wife lied about it. She knowing had sex with him in a way that violated his consent. With the genders reversed, something like that could see legal consequences. It's absolutely revolting. This is rape by deception.