The future wife's virginity became a topic of concern for the couple's big day. 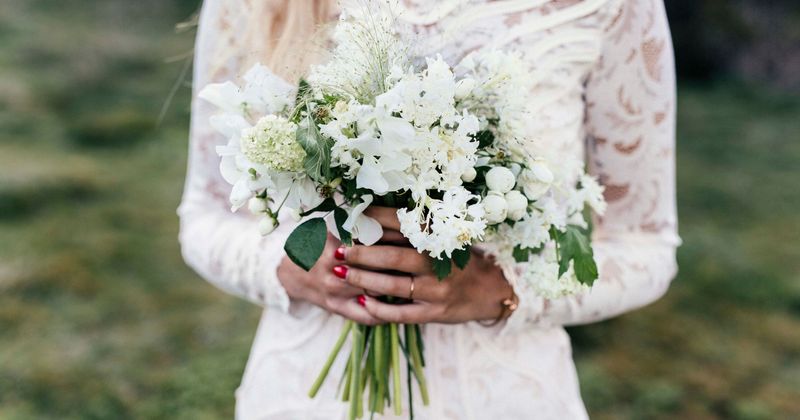 Sometimes wedding traditions are enough to bring out the worst in some people. While it's understandable to be compromising towards your partner's side of traditions, where do you draw the line between customary and discomfort? We previously reported that a woman's fiancé told her that his dad wanted to check if her hymen was intact to prove her virginity. And her husband was completely on board with this "ritual". Now, in another instance of virginity, or lack of thereof, a husband-to-be took to Reddit to ask if he was an asshole for wanting his white to NOT wear a white dress on their big day because she was not a virgin.

Let's look into his "concern". He writes: So me (32M) and my soon to be wife (23F) are planning to get married in a few months. I come from a very religious household with strong Christian beliefs and one of the traditions in my family is if the woman getting married isn’t still a virgin they shouldn’t wear a white dress on their wedding day. My family knows my soon to be wife wasn’t a virgin when I met her because my mom asked me when I started dating her if she was pure, and I was honest and told her she had boyfriends before she met me. My wife was really upset when I asked her if she could wear a colored dress on our wedding day but she agreed, so we’re looking at getting a glittery blue dress instead. Now she’s saying she won’t marry me because she’s too humiliated by the whole situation, but I really don’t see how it’s a big deal. AITA?

To no one's surprise, the man was unanimously voted as an asshole in the AITA thread. Acceptable_Letter331 wrote: YTA. For a dude marrying a girl nearly a decade younger, you sure are worried about what mommy thinks. sukinsyn shared: This is the kind of guy who gets upset at his girlfriend for wearing yoga pants/leggings in public and blames her if a guy looks at her with interest. I desperately hope OP's fiancée gets out of there because this is just the tip of the iceberg of the disrespect she will face in this marriage. Another user INTJEdi pointed out: This is not a Christian tradition, nor is it a modern tradition. There is no "Christian color" for virginity in marriage or anything else. Biblically, unmarried/virgin women wore multi-colored robes (read the story of how Tamar ribbed hers to shreds after being raped). Until the early 20th century, blue was the "traditional" color of purity, and weddings were generally held with people wearing whatever their best clothes were. White became en-vogue because of Queen Victoria's white gown. The idea of a "white wedding" was/ is a marketing ploy to get people to buy a piece of clothing for one day. Now, white denotes "wedding" or "first marriage." If you want to herald your fiance's sexual history, should we assume you're wearing a white tuxedo to prove your own "purity"? besiabel added: I just can't get over the grossness factor of how the mother of a 30+ year old divorced man is concerned about the sexual experience of his new girlfriend who is a decade his junior.

Surprisingly,  a Christian grandmother chimed in; nannylive shared: YTA. I am a 65 year old Christian grandmother and that is an unkind, judgemental, and controlling thing for you to do. Truly it is spirit-crushing to hear when people pretend that this kind of finger-pointing idea is Christian in nature. He makes all things new. If you want to love and honor her as your wife ask her forgiveness and God's for being unkind and encourage her to choose whatever dress she wants.

To which lmarquez1988 replied: I'm agnostic but I sure can tell a real Christian when I see one. Good on you ma'am. Tell them what Christianity is all about. Mysterious_Salt_247 added: I am not religious and I have become very jaded towards religious people through the years. Thank you for helping restore my faith in those with faith.

Go, grandma! Putting assholes, who use religion as an excuse to be awful people, in their rightful place.