trending celebrity people lifestyle news animals
Man Takes In 6-Year-Old Niece After She Was Disowned By Her Dad, Faces Flak From His Parents

Man Takes In 6-Year-Old Niece After She Was Disowned By Her Dad, Faces Flak From His Parents

"I’ve loved my niece since the day she was born. I’m her godfather and everything, even if we’re not biologically related the idea of not being in her life anymore hurt," the man said. 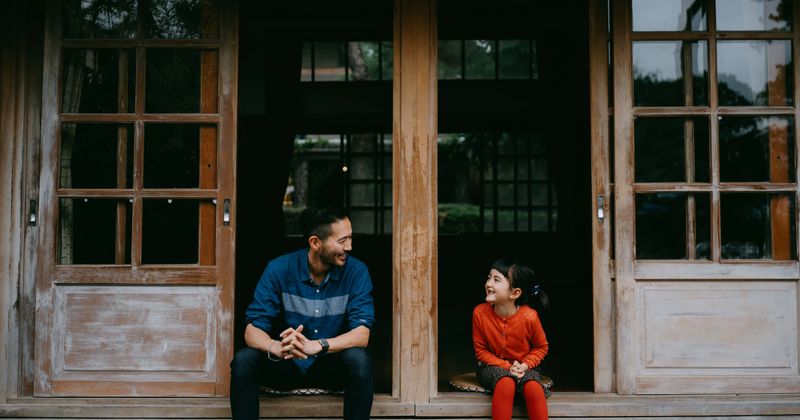 Family and relations are complicated but it got really bad for a six-year-old girl who realized a year ago that the person she's known and loved as her dad is not actually her dad. The realization came as a shock to the man too, who was fooled by his ex-girlfriend into believing her child from another man was his own. When he found out about this, he decided to cut all contact with his daughter and his ex-girlfriend, and the rest of his family followed suit. However, the man's brother just couldn't get himself to do the same. "After finding out he basically cut off all contact with his ex and my niece. Moved out of their shared apartment and refused to have anything else to do with them," shared OP.

"I (30m) have mixed feelings about that but I wasn’t the one cheated on or lied to so I can’t say I understand his complicated emotions," he added. Though he understood what his brother was going through, he just couldn't deal with the fact that the poor girl had no one as a family anymore. He had to be there for her and not cut off contact, too. "It didn’t feel right for me to do that too. I’ve loved my niece since the day she was born. I’m her godfather and everything, even if we’re not biologically related the idea of not being in her life anymore hurt," he shared. Despite his brother not being okay with it, he stuck around, and remained in contact with the child and her mother, though he wasn't too keen on interacting with the woman who lied to his brother.

"Even if I hated having to interact with her mom, I still got to spend time with my niece and take her out," he added. Here's where things get a little complicated; the woman was suffering from health issues, but they later found out that it was terminal and that she doesn't have too much time. Even if she lied, she is a mother and the thought of leaving her daughter alone was too hard for her, so she asked OP if he could be the child's legal guardian after she passes. The man didn't think twice and agreed to the dying woman. "We haven’t started the legal process yet but I’ve already agreed I’ll take care of her," he said.

However, his decision to do so didn't do well with his parents who thought he would be putting his brother in an awkward position. "I’d never force them to meet but it does mean from now on I’d have to keep distance from him since he still wants nothing to do with her," he said. The brother found out about this and was furious as well. "I've gotten an earful from him about how I’m the worst brother ever, and a selfish shit for taking in the one person he wants no involvement with," he wrote. He knew his brother wouldn't be happy about it, but he feels like the hate coming from the rest of his family is completely uncalled for.

"I really can’t see myself not taking her in because it’s either me or foster care. So when he gave me that ultimatum, him or her, I ended up going for her. Still haven’t heard the end of it from everyone else for betraying my brother again like his ex did. It’s getting harder and harder to not feel like a total asshole for doing this and not sure anymore," the OP wrote. An edit revealed that the family was aware of the child's biological father, but they've chosen to leave him out of the picture, as "that would not be a safe environment for my niece nor would he have any luck getting a court to go through with that given his history." Do you think OP is wrong for not abandoning the child he thought of as his niece for the past six years?