trending celebrity people lifestyle news animals
Man, 28, Strangles A Child And Jacks A Car Minutes After Being Released From Prison

Man, 28, Strangles A Child And Jacks A Car Minutes After Being Released From Prison

The man resorted to steal a car and strangle a child just 10 minutes after he was released from jail. 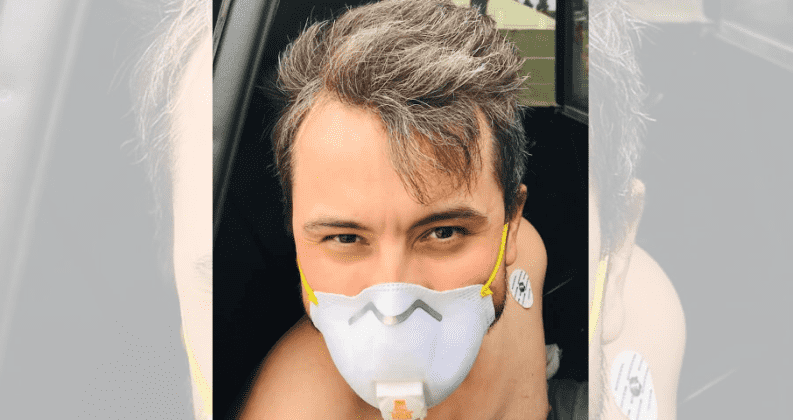 A man who was released from jail decided to steal a vehicle and choke a child ten minutes later in Salinas, California. Daniel Orozco, 28, was the recently jailed person who was arrested and imprisoned yet again by the California Highway Patrol, a KSBW report reveals. According to Salinas Police Department, Orozco was released from the county jail on Wednesday after spending a day in lockup for DUI and driving under the wrong side of the road. Soon after leaving jail, however, the 28-year-old allegedly tried to force a woman out of her car at the Natividad Medical Center parking lot. When the woman refused to give him the keys, Orozco allegedly reached over and strangled her 11-year-old child. Horrified by this bizarre behavior, the mother handed over the keys and took her child out of the car before watching the assailant hop into the driving seat and zoom away.

At about 1:16 this afternoon, Daniel Orozco (28) was released from county jail after being arrested by #chpmonterey a...

Posted by Salinas Police Department on Wednesday, 13 May 2020

He didn't manage to stay away from the cops for long, however, as an off-duty police officer spotted the car and let the joint operation team between California Highway Patrol and Gonzales Police Department capture him hours later. The two departments picked up on the lead and found Orozco driving around along Highway 101. The man was then booked into the Monterey County Jail for kidnapping, carjacking, assault, and child endangerment with a deadly weapon. Narrating the incident on their Facebook page, the Salinas Police Department wrote: "At about 1:16 this afternoon, Daniel Orozco (28) was released from the county jail after being arrested by #chpmonterey a day prior for DUI-drugs and driving the wrong way on the road. Not more than 10 minutes later Orozco forced a female out of her car in the parking lot of Natividad Medical Center. The female refused to give up the keys to her car so Orozco began to strangle the female’s 11-year-old child."

The statement continued: "The female gave her keys up and pulled her child out of the car before Orozco fled the scene. With help from #chpmonterey and Gonzales Police Department, he was arrested along Highway 101. Orozco was again booked into county jail for carjacking, kidnapping, child endangerment and assault with a deadly weapon. #teamwork #backtojail." According to the police, the boy sustained minor injuries and is now safe.

In another unrelated carjacking incident from Washington DC,  Police have arrested the perpetrator at a Southeast home in a car chase that crossed multiple jurisdictions in D.C. and Maryland, according to ABC7. The situation came to light after the Metropolitan Police revealed that officers were on the hunt for a suspect said to be connected to multiple carjacking incidents within the area. The suspect reportedly crashed near Alabama and Pennsylvania Avenues in Southeast, before from the car after firing at the police to which they returned in kind. The police have however maintained that it is unclear who fired the first shot but that multiple Metropolitan Police shot at the suspect.

After the series of gunshots, the suspect reportedly ran into a house along the 3900 Block of Pennsylvania Avenue in the Southeast and decided to hide inside. The police said the family residing inside got out safely. After clearing the scene, the police barged into the house and captured the suspect who had a gun with him. The MP even said that the suspect was moved to a local hospital for treatment to a few non-threatening injuries. They even recovered a gun in the crashed car. In yet another incident in Dublin, California, Rocky Lee Music, a 32-year-old  man,  was rearrested for carjacking on April 22 after being let go from the Santa Rita Jail on April 19. Lee Music's crime was allegedly committed about 40 minutes after he was released on April 19, Alameda County police officers revealed.

10 minutes after he was released from jail, California man hijacks a car and chokes 11 year old boy.

Remember that this November.