"It was my dad that made it happen,” the 11-year-old boy told the police when they arrived. 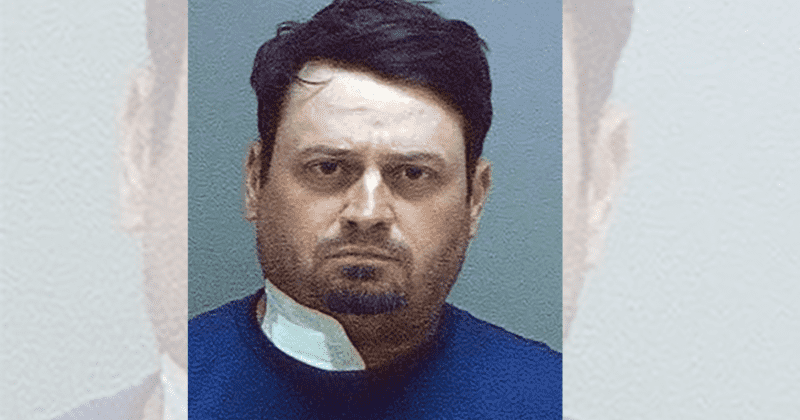 In an unsettling case of domestic violence, a woman was allegedly killed by her husband in front of her two children. Utahna Halona Erickson, 41, was stabbed at their home in Midvale by her husband, John Weston Erickson, also 41. The man was soon taken to a hospital for treatment of his injuries and was later booked into Salt Lake County Jail on suspicion of first-degree murder and second-degree child abuse. Issuing a statement to the Utah Homicide Survivors Facebook page, the woman's family wrote: "She was taken from us way too soon in a way that we will never understand. She made everything beautiful and always went out of her way to bring family and friends together."

The Unified Police Department arrived after a domestic violence call at the Erickson family home around 6 pm on October 28. They found a "large amount of blood throughout the residence, leading up to the master bedroom," as per an affidavit obtained by PEOPLE. Erickson, a stay-at-home mom, was found in the master bedroom with three deep lacerations on her neck and several other defensive wounds. As the incident was occurring, the couple's two children  -- an 11-year-old boy and a seven-year-old daughter -- tried to stop their father from killing their mom.

Police say two children ran to neighbors for help when their dad attacked their mother in Midvale. The victim, Utahna Halona, 41, died at the scene. The father, John Erickson, 41, is in police custody. https://t.co/voBzMZhONN @KUTV2News @UPDSL

As per the PEOPLE report, the boy even ran over to the neighbor's house, asking for help and that his father was trying to kill his mother. When police arrived, they found the boy and his sister at the neighbor's house. The girl was said to have been covered with "blood on her face, clothes and severe cuts on her hand". The complaint also said that when the kids witnessed the attack, they tried to intervene. "[She] said she tried to stop her father, John Weston Erickson, from killing her mother," an affidavit stated, according to the outlet. Police also found John, a computer programmer by vocation in the same room as his dead wife with "deep lacerations to both forearms and his neck, which he stated he committed on himself in efforts to die."

“We're at a loss and our hearts have been crushed since we lost the most beautiful, loving and amazing soul, Utahna Halona Erickson. She made everything beautiful and always went out of her way to bring family and friends together.”https://t.co/a9rHAEEeHE

"It was my dad that made it happen,” the boy told the police. The girl, meanwhile, added that she heard her mother scream for help, so she ran to the bedroom where she saw John on top of her.  The girl allegedly then saw her father holding a knife, "cutting my mom open," as per the complaint. The little girl reportedly suffered "extensive injury to her fingers which required surgery to repair." Unable to stop the attack, she ran to her brother for help. The complaint stated that the boy kicked and punched his father and then ran to get help from neighbors.

The girl is expected to be ok. The wound was to her hand, it’s not clear if she was trying to intervene in the attack and was wounded. @KUTV2News

Speaking after the incident, John allegedly told the police that his wife was dead and said he "meant for that". He said: "I just f****ng snapped. One of the sweetest people around took the brunt of my rage". The complaint noted, "[John] admitted that he cut Utahna's throat and knew she was going to die". John was charged with murder, two counts of domestic violence in the presence of a child, and child abuse. He is yet to enter a plea deal and is set to make his first court appearance on November 12.

The incident is one of a few similar knife-related domestic violence cases in recent times. In another case from earlier this year, a woman in Tennessee, Melanie Sue Brown, 38, stabbed her toddler several times on March 11. She then stabbed herself with the same knife.  The child's grandmother, also Brown's mother, discovered the body of the child after she was called by Brown to let her know that something was wrong with her three-year-old son, as per PEOPLE report.

UPDATE: One woman was killed and once child was injured following a domestic violence related homicide in Midvale. Another child was uninjured. Their father was taken to the hospital in police custody. Full updates are on our original story: https://t.co/svouZn1fog

If you are being subjected to domestic abuse or know of anyone else who is, please visit The National Domestic Violence Hotline website or call 1-800-799-7233 or text LOVEIS to 22522.