Man Shoves A 20-Inch Eel Up His Anus After Friends Said It's Best Way To Cure Constipation, Nearly Dies

His friends had suggested he try the folklore method of curing constipation and he went ahead without giving it a second thought. 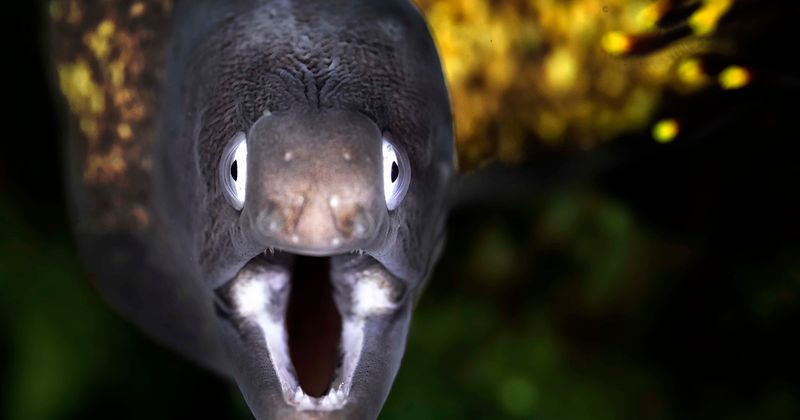 Update: This story was originally published on January 24, 2020. It has since been updated.

It doesn't take a lot of common sense to know that sticking a live eel (or a dead one for that matter) up one's backside is not a good idea, but Liu, a grown adult man from China decided to find out the hard way, and it almost proved fatal. The 49-year-old man from Baiyun District in Guangzhou, capital of south China’s Guangdong Province had to be rushed to the hospital where the eel was successfully removed, according to a report by The Sun.

Liu sought medical advice from his friends after suffering from constipation and they suggested he follow the folklore method of curing constipation by shoving a live eel up one's anus. Liu, instead of seeking medical advice or even a second opinion, went ahead with his friends' suggestion. He admitted himself to the hospital after experiencing intense stomach pain. Even after admitting himself, Liu refused to tell the doctors that he had shoved a 20-inch long eel up his anus.

Doctors at the hospital said he came complaining of severe stomach pain and said nothing more. He was rushed to the operation theatre where emergency surgery was conducted and the doctors were shocked to find a 1.2-inch thick eel inside his stomach. Dr. Zhao Zhirong, who operated on Liu said, "We opened up his stomach and saw the eel amongst his feces and food debris. He also suffered a punctured pancreas." The doctors found out that the eel had torn through his intestine and damaged his stomach, almost killing him in the process.

The doctor said eels were effective burrowers and that's what maximized the damage. "Asian swamp eels have a scaleless and slender body allowing them to move in waves and burrow efficiently. Their teeth appear like bristles and they have one V-shaped gill located beneath the head," said the doctor. The doctors said the Liu would have died had he been operated on any later due to blockage. "When we asked the patient after surgery, he said the eel swam up by itself. But he later admitted that he put it there himself while following a folk remedy for bowel obstruction," said Zhirong.  The doctor warned those inclined to follow the folklore method of curing constipation that the home remedy was never effective and was not rooted in any scientific basis.

sitting in a lecture about a man that inserted an eel into himself to try to relieve his constipation 😳 ermmm what?!

Now that we've all learned that shoving eels up one's backside doesn't work, here are a few remedies you could try if you have constipation and we assure you none of them involves eels. The best thing you can do is consume foods high in fiber that can help smoothen your digestive process. "Fiber increases the bulk of your stool to help food move smoothly through the digestive system; plus, it feeds good bacteria in the gut for optimal digestion," says Erica Sonnenburg, Ph.D., a senior research scientist in the department of microbiology and immunology at Stanford University School of Medicine and co-author of The Good Gut.

Fiber heavy fruits: Raspberries are the ideal fruit to consume given they have twice the amount of fibers you find in strawberries. Some other high-fiber fruits you can consider are berries, peaches, apricots, plums, raisins, rhubarb, and prunes. It is important to eat the peels as they have a high content of fiber.

Whole Grains: Oats, brown rice, whole wheat, quinoa, barley, and rye are high in fiber. It is advisable to not avoid white flour and white rice.

Water: A common cause of constipation is dehydration so you would do well to drink a lot of water. The stool is often softened by water and helps with a smooth transition through the digestive tract. "Staying hydrated is essential to helping things move," says doctors.

Leafy vegetables:  Apart from providing fiber, vegetables also provide a whole range of nutrients that are good for your digestive and overall health. They are also high in fiber and magnesium to help the colon contract as and when required.