Johnny Perri, a jeweler from Michigan, has put up $1 million worth of jewelry on a Treasure Quest for people to participate in. 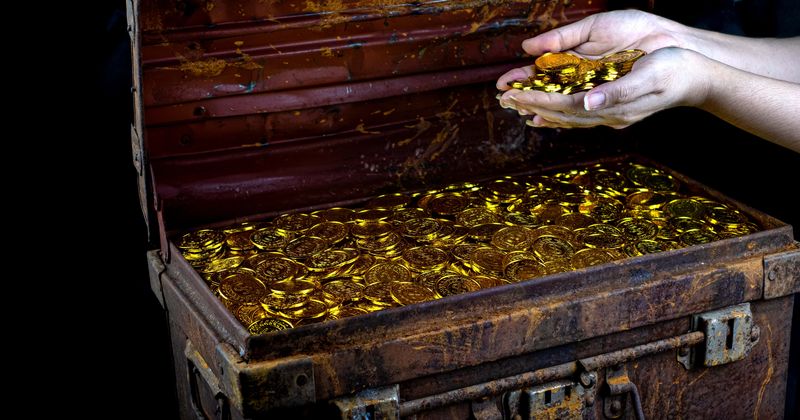 With most businesses crumbling, owners have had to come up with innovative ways to clear their inventory so that the stock doesn't go to waste. A Michigan jeweler has probably hit upon a 'golden' adventure that is expected to be interesting and fun at the same time, reports USA Today. Johnny Perri is the owner of J&M Jewelers in Washington Township, Macomb County but after being hit with closures due to the pandemic he and his wife Amy Perri have had to shut shop after 23 years. To substitute for the loss of business and their monthly income, they decided to hold a treasure hunt and buried $1 million worth of gold, silver, antiques, and other jewels across Michigan.

The event, set to start from August 1, will be up for grabs for those who've registered as Treasure Quest hunters. The hunt will be held once a month and is expected to provide a new source of income for the family through the registration cost for each hunt which is $50. In his very own website called Johnnystreasurequest, the Perri family has put out a list of upcoming quests, rules, and the treasure they're likely to win. Speaking to Fox2 Detroit about how the idea for this unique campaign arrived, Perri spoke: "I said Amy, we can take everything out and retire or we can bury it across the state of Michigan." As they assessed their options, they realized the second one sounded a lot more fun and so they decided to go with it and had a gala time of their own planning it out. "We went through waterfalls, streams, we kayaked everywhere," he said about the planning stages. "As soon as I release the clues the race is on," he continued.

It's your chance to put your pirate #cosplay to practical use. https://t.co/lfJxrCNjWr

Things have turned out a lot better considering how bad it was for him. "I was going nuts at home with nothing to do pacing back and forth," he said about the lockdown and the subsequent loss of income. Explaining the rules of the Treasure Quest, he said: "You follow the riddle, you got a little wit, a little adventure in you, you'll find it quick - I don't expect it to go more than a week." Perri seems to have put quite a lot of thought into planning this as each Quest has a prize worth $4,000 to be gained by the winner. He's even put safeguards in place to know if somebody accidentally chances upon the treasure or decides to get smart. "We have a GPS in there so I know if it's moved", and quickly quashes any hopes of cheating.

The treasures include traditional valuables like diamonds, gold, rare coins and more. The grand total of all these treasures equals $1 million.https://t.co/HgLzRImVob

Talking about the first hunt set to take place on August 1 in Oakland County, he said: "This one is about approximately $4,200 with the price of silver at $20 an ounce." Organizing the event has allowed the family to come closer, he says: "A lot of perseverance, it's what bonded us." But he's more excited about the hunters than the event itself, writing on the website, he said: "I had the time of my life hiding the treasure, but [I’m] even more excited about hearing the stories of those who are about to venture out to seek it." The August event will then be followed by another one in September where the prize to be won will be eight 10-ounce silver bars, 10 one-ounce Walking Liberty coins, 40 one-ounce Buffalo coins, 20 one-ounce Prospector coins, and 50 one-ounce miscellaneous silver coins for a total of 200 ounces of .999 pure silver.

Amazing! That’s a game I’d play. Too bad I don’t live in Michigan. He’s making money twofold. Good for him. Make it interesting while we marinate in-house. Don’t forget to #WearADamnMask

Other quests will be made available on the official website as per the schedule which requires people to register prior to take part in them. When asked about his ultimate goal behind the quest, Perri stated: "Giving people adventure is giving them something to believe in again, besides this COVID crap."

Sounds like he'll make back that money, just by ticket sales