Baby Tragically Found Dead In An Abandoned Car On A Bridge

Sheriff's deputies said Ervin Melancon, a 53-year-old resident of Breaux Bridge has been arrested in connection with the baby's death. 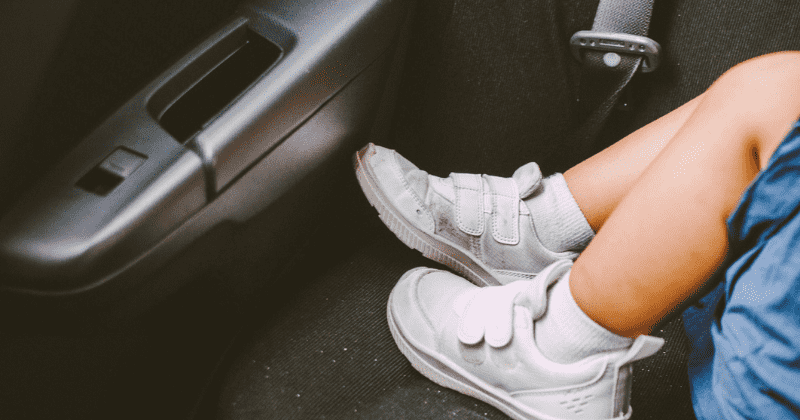 Trigger Warning: This story has details of negligence and death of a child that some readers may find disturbing

A man is wanted for the murder of a baby who died after being abandoned in a car a day before Mother's Day. The baby's body was found in a car on a bridge near a canal in Lousiana. Sheriff's deputies said Ervin Melancon, a 53-year-old resident of Breaux Bridge is responsible for the baby's death, US News reports. The baby's body was discovered after locals called in St. Mary Parish Sheriff's Office when they noticed a suspicious car left on Lousiana Highway 317 near the Intercoastal Bridge on Saturday afternoon.  Initial reports from the department didn't acknowledge that the baby's body was found, which came several hours later.

Detectives working the case have said Melancon is wanted for second-degree murder as they work to determine the infant's cause of death. A second-degree murder charge is handed when an individual kills another person with the intent of causing bodily damage or if the killing occurred when taking part in crimes, the Louisiana Revised Statute 14:30.1, claims. If found and convicted of the charges, Melancon is likely to face a life sentence of hard labor without parole. According to AP News, the child's age or the relationship to Melancon was not revealed, and neither did the police explain what led them to believe Melancon was the suspect. As of Sunday, Melancon is said to be held without bond at the St. Mary Parish Jail, and it is yet unclear if he has an attorney representing him.

In a similar incident, two children died in New York City after their dad left them in a car when he went to work. The children were left in the vehicle for several hours and had white foam coming out of their mouths by the time they were found. The babies’ father, Juan Rodriguez, 39, from Rockland County told police he had forgotten his two one-year-old twins, Mariza and Phoenix Rodriguez in the vehicle when he went to work at the VA Medical Center around 8 a.m. on Friday. He had parked his car, left for work, and did not realize that his kids were in their rear-facing car seats. Rodriguez only realized what he had done when he returned from work and was headed home.He had driven some two blocks away from his working place when he noticed that his children were in the backseat. At that point, it was already too late. He told the police that he recalled seeing his children “foaming at the mouth" in the backseat of his car reports People.

Yet another incident involved a mother in Phoenix, Arizona forgot about her three-year-old daughter in her car. The National Weather Service recorded temperatures at 103 degrees on the day. The police were called at a home near Interstate 17 and Thunderbird Road at 4:30 p.m on Sunday by Tianna Jones after she reported her daughter missing. Officers searched the area and Jones realized her car keys were missing, reports 7 News. When she went to the car, they found a baby named Delilah Jones, unresponsive in the driver's seat. At the hospital, the child was pronounced dead according to ABC 15. The country has recorded hundreds of hot car deaths over the last few years. 2018 and 2019 top the list for recording the most casualties with 53, according to National Highway Traffic Safety Administration.