72-year-old Jerry Gilligan disgustingly recorded the sexual acts on his phone. He was convicted with sexual conduct with a minor, aggravated assault, sexual exploitation of a minor and kidnapping at a hearing on Monday. 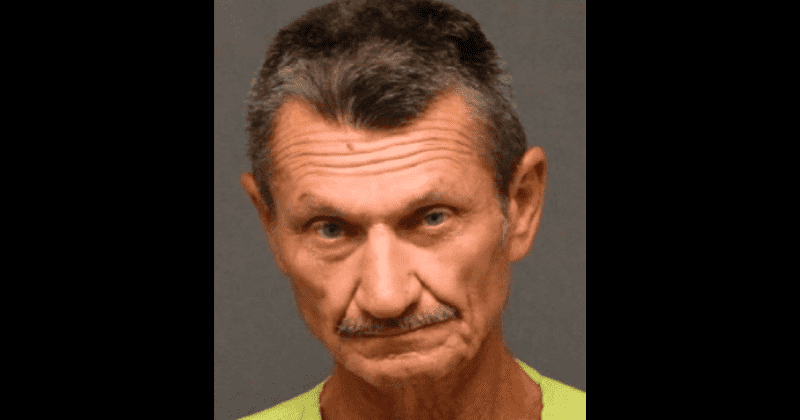 An Arizona man who was convicted of murdering his stepfather back in 1980, tortured and sexually assaulted his wife and stepson after he was released from jail. The depraved man forced his wife and her son to have sex and later forced them to perform sexual acts on him. If that wasn't horrific enough, he also poured acid into his wife's eyes and bound them up. Jerry Gilligan, 72, is once again jail bound and was convicted on several counts of sexual misconduct and assault at a court hearing on Monday. He and his family lived in Kingman, Mohave since early 2015. Gilligan was sentenced to life in 1989 for his stepfather's murder but was released in October 2014.

Jerry Gilligan, 72 of Kingman, took the stand to testify in his own trial Friday, Nov. 1, and told the courtroom that he’s innocent of the crimes with which he has been charged. pic.twitter.com/jIIGxAGfsb

Gilligan's lawyer defended him in court by painting his wife as a "gold digger" and attempted to build a narrative that it was Gilligan who was the one being exploited, but the court was having none of it.  According to Mohave Valley Daily News, Gilligan's wife had stepped on September 17, 2016, and when she returned, she found Gilligan sexually assaulting his stepson. According to Jacob Cote, the Deputy Mohave County Attorney, he was found in a backyard with the 11-year-old. He then bound them both using chains, rope duct tape and other bindings in order to restrict them at their home. Additionally, they were also physically assaulted with a knife, taser and a wooden rod.

72-year-old convicted murderer, Jerry Gilligan has been convicted of forcing his wife to have sex with her 11-year-old son while he watched. Read more 👇https://t.co/tZZ6oBGpLB

Not satisfied with his work, the evil man threw battery acid in the woman’s eyes, after which he took her to the Kingman hospital to be treated. There, his wife told the staff to call the police. According to Metro, Gilligan had also made a video recording of the woman and son performing the sexual acts on him and on each other. This video was shown as evidence of Gilligan's sadistic crime to the jury by Cote.  He also shaved the woman and her son's hair as well.  Sandra Carr, Gilligan’s defense attorney, tried to argue that the wife and the boy were lying.

As proof of this, she said the boy did not sustain any physical injuries because the story about their assault was just made up. Carr also questioned the woman as to why she did not call for help in the apartment where they were staying.  She also tried to paint Gilligan's wife as one who wanted to take advantage of an elderly man for his money. She added that Gilligan became injured in the summer of 2016 and couldn’t work. This added to his stress.

Gilligan is wheelchair-bound and was convicted of 10 of the 18 counts he had been charged with that included sexual conduct with a minor, aggravated assault, sexual exploitation of a minor and kidnapping. He will be sentenced on December 5 most likely for life.