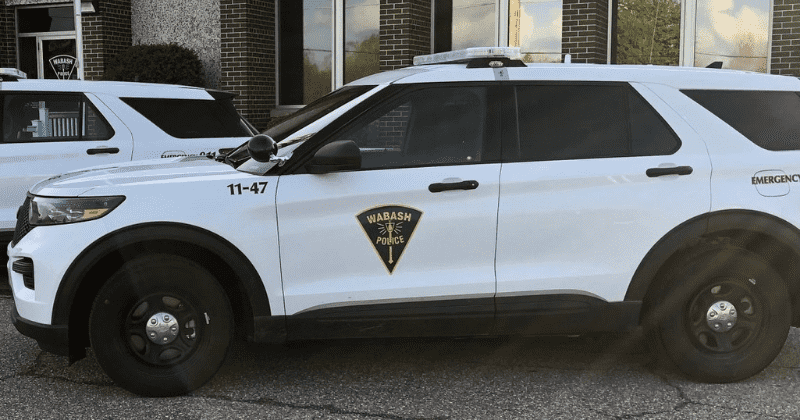 Trigger Warning: The story has details of a stabbing and shooting that readers may find disturbing

An Indiana man stabbed his son and then shot at officers responding to the scene of the crime on Thursday. The father had apparently been arguing with the 10-year-old boy's mother and stabbed the boy during the argument. William Sendelbach, 32 also shot at police officers who responded to a call of a "family disturbance" at their home. They, in turn, retaliated with their own guns and shot at Sandelbach several times, injuring him in the process. An officer was also injured in the firing. The child, Kayden Sendelbach, was rushed to an area hospital following the stabbing but succumbed to his injuries two days later. Sendelbach and the injured officer were transported to hospitals as well. The Wabash Police department has taken the help of the Indiana State Police to investigate the case.

A press release from the Wabash Police Department stated, "The purported stabbing has now turned into a murder investigation as Kayden died Saturday at 6:28 a.m. An autopsy is pending." Of Sendelbach's condition, the release added that he was "expected to survive his injuries." He was hit by multiple bullets when the Wabash police officers returned fire. Sendelbach was allegedly shooting at the cops with a shotgun and one of the officers, identified as Nick Brubaker, a Wabash Police Sergeant, was hit in the leg when a round was fired. Brubaker's condition is also expected to be stable and he is "expected to make a full recovery." A previous statement by the police on October 10 highlighted that the officers reached the Sendelbach residence located at 294 East Maple Street at approximately 7:02 a.m.

It added, "When officers arrived, they were met with gunfire from a shotgun that William Sendelbach, 32, was purportedly shooting." The officers used their "Sig Sauer 9mm handguns" to fire back, the statement added. Brubaker was transported to a local hospital almost immediately after the incident while "Sendelbach was flown, via medical helicopter, to a Ft. Wayne hospital." Before shooting at the officers, Sendelbach had shot a garbage truck just outside his home: "Evidence revealed, prior to officers arriving at the Maple Street home, Sendelbach had allegedly shot at an occupied garbage truck that was making morning rounds. The driver was not injured." Kayden was stabbed with a knife. He was flown to Riley Hospital for Children in Indianapolis "with life-threatening injuries." He died two days later.

"William Sendelbach is suspected of injuring Kayden. William is Kayden’s father. He has not been charged at this time. This is an ongoing investigation. Upon completion of the investigation, information will be forwarded to the Wabash County Prosecutor’s Office for review," the statement added. Captain Matt A. Benson, the Wabash Police department's public information officer wrote from the department's Facebook page that Brubaker and Dan Henderson, a patrol officer, "both discharged their duty weapons" on October 9 and have been "placed on paid administrative leave until the preliminary investigation is complete." The department has stated that all questions about the investigation should be directed to the Indiana State Police.

This is absolutely heartbreaking & gut wrenching 💔💔💔💔😪😢 Bless this poor child’s soul 🙏🙏🙏🙏. His father needs to be put away for LIFE!

Condolences poured for Kayden on social media. On Facebook, Mary Prickett commented: Sorry the sweet boy passed away. He did not deserve that . Fathers are suppose to protect their children not hurt them. I hope he gets bad treatment in prison. They will beat him up and I hope he has to look at his boys picture every day. Kay Snipes wrote: This is terribly sad. This family is suffering greatly. It is obvious this guy snapped. While I don't understand how he could do this out of respect for his family I will not berate him. My heart hurts for them. According to The Paper Of Wabash, Willaim Sendelbach is facing charges of murder and two counts of attempted murder for firing at a Wabash Police officer and another individual.

The charges were filed by the Wabash County Prosecutor William Hartley at the Wabash Circuit Court. Kayden was a fourth-grade student at O.J. Neighbours Elementary School in Wabash