trending celebrity people lifestyle news animals
Man Falls Off Cliff While Taking Pictures In Arizona, Remains Of Other Bodies Found With His

Man Falls Off Cliff While Taking Pictures In Arizona, Remains Of Other Bodies Found With His 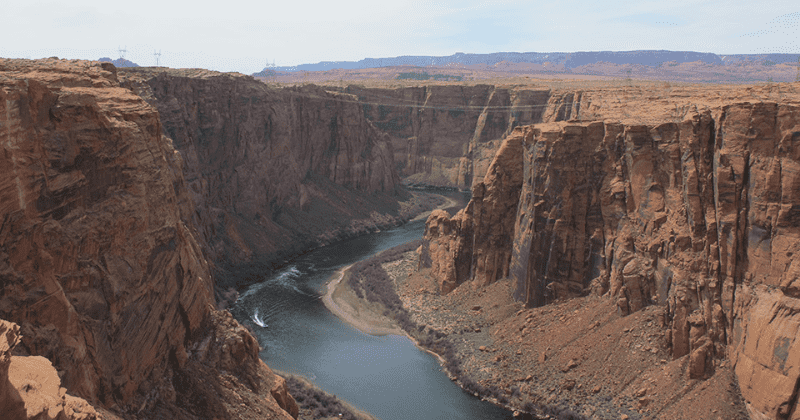 A man in Arizona fell to his death while taking pictures near the Glen Canyon Dam Overlook area overlooking the Colorado River. When authorities retrieved his body, they shockingly found the remains of other human bodies. According to a release from the National Park Service (NPS), the unfortunate accident took place at around 9:04 a.m. on October 4. The Glen Canyon Dam Overlook is located on Scenic View Drive near Page, Arizona in Glen Canyon National Recreation Area. The release added, "Witnesses reported the victim was on top of the rim overlooking the Colorado River taking pictures when he fell approximately 100 feet and then slid approximately 150 feet further." The victim, who was identified as Orlando Serrano-Arzola, "suffered severe trauma and showed no signs of life after the fall," the released added.

I was at Glen Canyon when this tragic accident occurred. We were taking pictures and one of my friends called 911 when we heard the desperate screaming that I'll never forget. In reviewing my pictures, I can see their group and a guy with a red shirt way up on the rim.

Another release of the NPS highlighted the other remains found when Serrano-Arzola's body was being retrieved. "Officers from Glen Canyon National Recreation Area and the Coconino County Sheriff’s Office discovered bones at the base of the Glen Canyon Dam Overlook," the release said and added that they were "determined to be human remains." The Sheriff's Office and National Park Service are conducting "an investigation and more information will be released when it is available. No other information is available at this time," the release further said. There have been similar tragic incidents across the country and around the world of people dying while taking pictures at well-known tourist sites. In 2018, an Israeli teenager fell to his death at California's Yosemite National Park while trying to take a selfie, according to a BBC report.

As crews were working to retrieve the body of 25-year-old Orlando Serrano-Arzola, they discovered human bones at the base of the outlook. https://t.co/u4rxTJGBN1

Tomer Frankfurter, 18, was on a two-month trip to the US, according to his mother. He had been trying to take a selfie near a cliff when he slipped and fell 820ft (250m) to his death. In June that year, two rock climbers fell to their deaths in the park while trying to scale the El Capitan, a granite rock formation. Before this incident, another climber died at the park's Half Dome peak and in September 2017, a rock climber from Britain who also tried to scale El Capitan, also died. An American named Gavin Zimmerman, 19, fell to his death in New South Wales in Australia in 2018 also while taking a selfie, reports ABC News. The incident took place at Cape Solander in Kurnell a popular whale-watching site in the country. Zimmerman was from Utah.

Kurnell: A whale-watching teen has fallen more than 10 metres near Cape Solander Drive. Emergency crews have pulled him from the water and are administering CPR. #Kurnell #7News pic.twitter.com/ZoWEsyWDPE

A Mormon missionary, he had been in Australia for a while. A mobile phone with photographs of the teenager taken moments before he fell was recovered from the site of his fall. Zimmerman's friend, Gio Grillo said then, "He emailed me right before he left with the other missionaries. We talked about things we were going to do after he got home from his mission and how excited he was to reach his one-year mark [in Australia] in August. Then he said he might lose signal because they were going to the cliffs and so he said he would take lots of pictures and email me next week to show me." Just before Zimmerman, there was a case of another death near the same spot. A man had fallen from a cliff in the Kamay Botany Bay National Park in Kurnell.