He has a family of his own and offered more money to support his ex-girlfriend or pay for their daughter's admission into a facility. 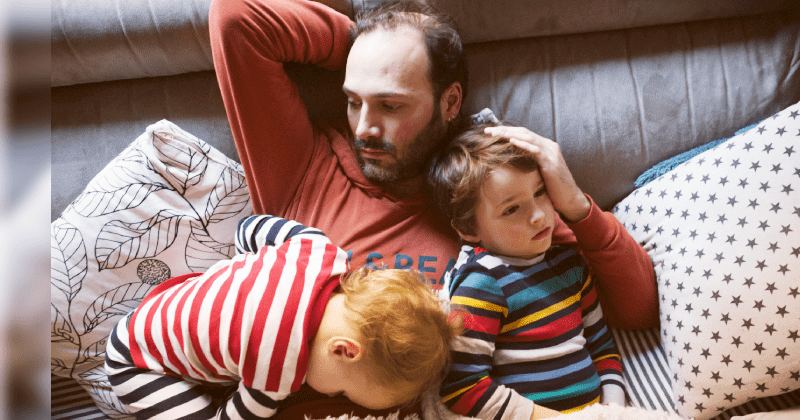 Raising a child is a lot of responsibility, especially if you've parted ways and gone in different ways. It can be extra complicated if only one of the two partners wanted the child but both have to live with the fact that they brought a child into this world. A man who faced a similar moral dilemma with regards to raising a differently-abled child turned to Reddit for answers. The Reddit poster revealed he was 41 years old and had an 11-year-old differently-abled daughter, Molly, with his ex-girlfriend Sarah. The post also raised a question on the morality of abortion.

"This all started 12 years ago. Sarah and I were together for about four years and we were trying to have a baby. After a couple of weeks of trying, she got pregnant. We were super excited but unfortunately in her fourth month, doctors told us that our baby is severely disabled. We were advised to get an abortion," wrote the Redditor. "It was very hard for us. We started arguing a lot because Sarah wanted to keep the baby and I didn’t. I said I don’t want to spend my whole life taking care of a child and throw everything away, but Sarah didn’t want to “kill” the baby," he added.

They were constantly arguing and it caused problems between them which eventually led to their break up. "A couple of months later, she went into labor. I came to the hospital with her, to support her. As the doctors said, Molly was born severely disabled, they kept her in the hospital for a couple of weeks, before handing her over to Sarah. She took her to her house and I visited them a couple of times," the post read. They remained friends but their lives went in different directions.

"Within the next months, I got a job offer and moved away to another city. Sarah and I are still in contact and I send them money every month, but we meet each other very rarely," he wrote before adding that he meets them once in 2 years. "So now Molly is 11 years old. She is bound to a wheelchair and will never walk. She has a mind of a 3-year-old and can’t speak," he wrote, revealing that Sarah had to leave everything to take care of the child and is at home all the time. He revealed that she rarely has time for herself. "They get state contributions since Sarah can’t go to work and I send them money. I have a wife now and two daughters, 5-years-old, and we live about four hours' drive away from Sarah," he wrote.

Sarah felt overwhelmed by taking care of Molly and reached out to her ex-boyfriend for help. "Sarah has called me last week saying that it’s too much on her. She said she does nothing else than take care of Molly and she is tired. She gave up on her career, friends, and everything. She asked me to start taking care of Molly as well. She asked if I could have her in my care at least one week every two months in the beginning and after I know how to take care of her then maybe more often," wrote the Redditor.

The Redditor wasn't keen on taking any responsibility. "I talked about it with my wife and we both agreed we don’t want to take care of Molly. I apologized to Sarah and instead, offered to pay for a professional to take care of her or to pay some facility to take her in, but Sarah refused. She doesn’t want a stranger to take care of Molly nor put her away in a facility," he wrote before adding, "I feel really bad for Sarah, but I have a responsibility to my two daughters and my wife now. I talked about it with my parents and they understand and don’t blame me but I feel like I might be the assh*le."

Redditors sympathized with both, but a majority felt Sarah should be open to seeking professional help to relieve herself of the stress. "It’s all very high minded and noble to say you will look after your child and love them unconditionally but being a full-time carer is a really tough job and it’s even harder without any support," wrote a Redditor. "You’ve already offered to pay for a caregiver so you’re not the assh*le. In the long term, it’s possible your daughter will need to be cared for in a facility rather than at home (especially when her mom gets older). Sad situation all around."