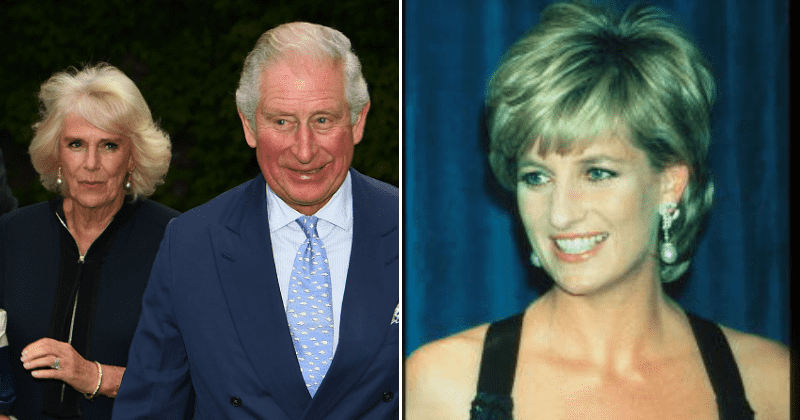 There is a man in Australia who claims to be the secret love child of Prince Charles and Camilla, Duchess of Cornwall. The London-born 55-year-old man, Simon Dorante-Day, was adopted by his parents Karen and David Day when he was 18 months old and then moved to Sydney. His adoptive grandparents, Winifred and Ernest Bowlden, had previously worked in the royal household where they had served the Queen and Prince Philip. It was his grandmother who first told him that he was the child of Charles and Camilla. He even provided "evidence" to support his outrageous claim and is fighting to be recognized by whom he claims to be his biological parents.

Simon claims he was conceived by Camilla when she and Charles were linked together romantically for the first time in 1965. Camilla was 18 and Charles was 17 years at the time. He was born in 1966 and claims that Camilla had disappeared from the public eye at least nine months, which is when she gave birth to him. He has asked for a DNA test a number of times that has yet to come to fruition. Meanwhile, he has to make do with other forms of evidence such as his own memory and comparing physical similarities between him and the royal family.

According to the Daily Mail, Simon even has recollections from his early days when he was taken to houses in the Portsmouth area. He remembers spending time with a woman he believes was Camilla as well as with his adoptive parents and royal protection officers waiting outside. The news outlet looked into these claims and stated that during this time period that Simon claims to have been conceived, Charles and Camilla were in two different geographical locations. Besides, there is photographic evidence of Camilla throughout the year attending balls and parties.

Simon's physical evidence is that he has "Windsor-like cheekbones and teeth" and "Camilla-style hair." The father of nine has even shared pictures of his son, Liam, stating that he bears a striking resemblance to the Queen. “We were blown away when we first saw it,” Dorante-Day told 7NEWS.com.au. “Elvie and I feel like we see many members of the royal family in our children, but this one was an eye-opener,” he added referring to his wife. “One of my supporters did the comparison and sent it to me and I was speechless. A lot of people are reacting to it because it’s hard to deny the similarity.”

In 2019, Simon stated that Princess Diana may have known about him and his identity would have been revealed if not for her tragic death in 1997. “We believe that Diana knew of my existence and that she had put the pieces together,” he said, according to The Sun. “I think Diana was at a point where she was finding out answers about her life, how she was wronged, and she was going to go public with it.” Simon has even written a letter addressing Charles and Camilla in which he directly tells them he thinks he is their child. The royal family has not commented or acknowledged these claims.

Simon insists that he is not doing this for money and neither is he looking for a title. He does, however, call himself Prince Simon online and owns a new business called "Royal Riffs" selling handmade guitars "with that royal finish." He says that this is just a man's search for his biological parents. “I have been in search of the identity of my natural parents for as long as I can remember but in earnest researching and investigating for the last 15 years,” he mentioned in the letter. He continues to try and get a DNA test and has even made a legal bid to try and make it happen, as per Metro. He has filed papers with the High Court in Australia despite three previous legal claims being thrown out.