Tishko Ahmed Shabaz protested his innocence but his DNA and Wilma's blood was found on a large kitchen knife. 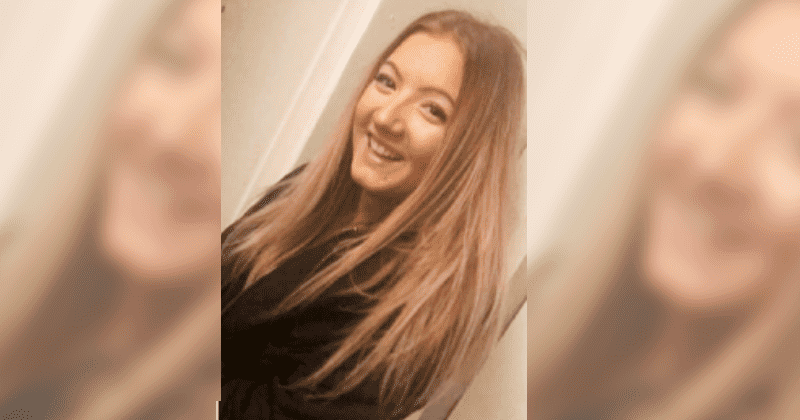 A young man was charged with murder for allegedly decapitating his ex-girlfriend Wilma Andersson, six months after she disappeared form Walkesborg in Sweden. Tishko Ahmed Shabaz, 23, was charged on May 13 after authorities found the 17-year-old's head at his apartment. The cops are yet to find the rest of Andersson's body. Shabaz had decapitated his ex-girlfriend at his apartment in Uddevalla. A witness told authorities that Shabaz thought Wilma Andersson was satan, and that she was colluding with the Democrats to bring down his idol Donald Trump. Many of Wilma Andersson's friends described Shabaz as controlling and abusive. They said he often dictated what she wore.

In Sweden the boyfriend of 17 year-old Wilma Andersson has been arrested for her murder.

The 23 year-old kurdish man had decapitated the girl and carried around a suitcase with the girl's head and some of her underwear in it. pic.twitter.com/mrjyutjama

On November 14, 2019,  Andersson went missing, and a widespread search operation of almost 5,000 people was carried out by the locals and the authorities. Wilma's mother Linda was the one who reported her daughter missing. She visited Shabaz to check on him. She told local media that she "kept ringing the doorbell" to his home but he "only said they had had an argument and that she just ran out of the apartment."

The search was called off after authorities found Andersson’s head in her ex-boyfriend's apartment a fortnight later on November 28. The authorities stated that she was murdered by Shabaz when she returned to his flat to collect her belongings after breaking up with him. Court documents state that the 17-year-old was murdered by Wilma on November 14, the day she went missing. Cops found her head hidden at his home and wrapped up in aluminum foil and sticky tape. The cops also found other disturbing material at his apartment, including a stuffed animal inside a suitcase.

There was blood on Shabaz's apartment floor and cops reported 'traces of Wilma' on a large kitchen knife. Authorities said they found his DNA and Wilma’s blood on the kitchen knife. His fingerprints were also found on the tape that was used to wrap her head. "The suspect has retained a body part for an unknown reason and got rid of the rest of the body," said an anonymous police chief. The 23-year-old was arrested and an investigation into the matter was initiated. Prosecutors also claimed that Andersson was subjected to “repeated violence” while she was being murdered. Shabaz's neighbors said that they heard screaming from his apartment on the day of the incident. Shabaz has been arrested and remains in custody.

Andersson’s mother Linda made an emotional appeal to the people to continue their search and help her find the rest of her daughter's body. "We want to find our daughter and sister. It is completely inhumane that we go through this, so please do not stop looking for Wilma. I hope people are observant if they see something aberrant in water or terrain. That people have their eyes open," Linda told local media.

Shabaz pleaded not guilty and was outraged at the suggestion that he killed his ex-girlfriend."You forget that this is a girl that I have loved and that I have lived my life perfectly," he told investigators indignantly. Cops didn't buy his story and also reported finding her coat and handbag in his wardrobe. "If I had murdered her, I would not have cut off her head," said Shabaz, reported The Metro.

Shabaz was known to have idolized Donald Trump and wanted to fly to America to help in his re-election campaign in America. He was denied entry to America as he did not possess the required documents for travel. Shabaz claims he was born in Iraq before moving to Sweden where he acquired Swedish citizenship in 2014. Shabaz’s trial is set to start on May 26.