Father Accused Of Sexually Abusing His Cat, Leaving It With Grievous Injuries

An officer responding to a call found Michael Navage with his pet cat in the shower. The cat was wrapped in a towel and near his genitals. 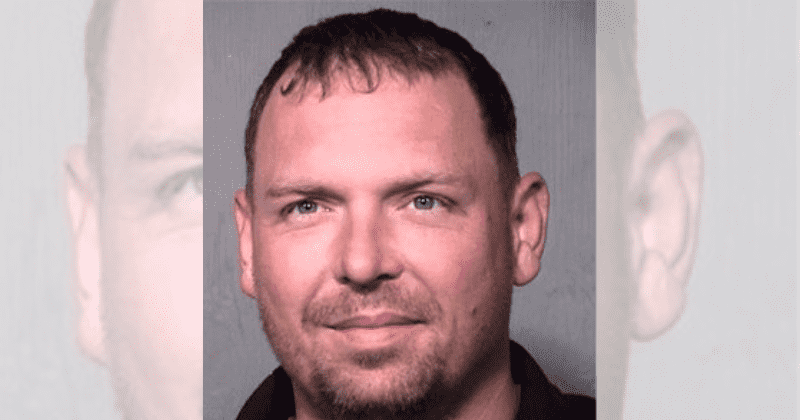 An Arizonian man was charged with beastality for raping his cat while taking a shower. The man, Michael Navage, 40, a father, has firmly denied these charges and claimed that he had the cat ever since she was a kitten, and would do no such thing to his beloved pet.  Witness accounts, however, say otherwise. On Wednesday, the Mesa Police Department received a call of a cat in distress at a residence located close to Val Vista Drive and University Drive. The witness told police that Navange had taken his pet cat into the bathroom and that the screams of the cat were heard by the person who made the call to the authorities reports Daily Mail.

The person also said that Navage was shouting and heard him say that "the cat was stuck on his penis." The caller also heard Navange call the cat a  number of names and expletives. An officer who reached the scene said the Navange was found in the bathroom naked while the cat looked disheveled and was partially wrapped in a towel near his genitals. The cat was then taken to a local veterinarian where it was determined that the poor animal had suffered several wounds on its backside.

Wow. I can't even...
So this guy, Michael C. Navage, was arrested in March for sodomizing a cat. He got out on bail & 2 mos later is rearrested for trying to have sex with a 14 year old girl WHILE WEARING AN ANKLE MONITOR!
Hell is too good for some people.https://t.co/9JjM7WwgHz

40 yr old Michael Navage on pre-trial release for having sex with his cat, was again arrested and accused of luring a minor, drug poss.. Field test revealed Navage had meth in his system at time of arrest.@POTUS @TraffickStop @VOL4KIDS #ProjectSafeChildhttps://t.co/KPkfsFxK2O

This was not the first time that Navange had abused the cat. It had a number of rib fractures and pelvic injuries, not related to the recent abuse, that had healed over time. The officer also found meth inside the bathroom. According to crime records, Navage was methamphetamine dealer who had been indicted a while ago. He would also often use his earnings from his drugs sales to secure lodging and showers at various places. He also had fake money and fake ID cards on him.

DISGUSTING: In March, Michael Navage was caught by a police officer with his 5-month-old cat "placed by his genitals." This time, he tried meeting up with a 14-year-old to have sex, except it was really a Mesa police undercover detective. https://t.co/9lgpZxK1Jk

Michael C. Navage was charged with luring a minor for sexual exploitation, attempted sexual conduct with a minor and drug offenses less than a year after being accused of being found nude in a bathroom with a cat. https://t.co/Pw0xYpjKm4

The accused told the police he did not have sex with the cat since he loved his pet and would not hurt it. At the same time, he boasted to authorities that the "girth" of his genitalia was too big to fit into the cat's anus. He used this logic to present an argument to the police that it was more or less impossible for him to have sex with the cat. Navage has been charged with drug possession, bestiality and animal cruelty.

Justice for Cat Raped by Arizona Man #MichaelNavage may your #karma find you! https://t.co/U5A65lrIJy

Texting who he thought was a 14-year-old girl, but was actually an undercover Mesa Police Detective.https://t.co/QaQNb4NRry

Cases of beastality and rape of animals are being reported regularly. In July, a cat named Donkey in Gold Coast, Australia, was suspected to have been raped by a human so badly that its innards were completely damaged. Vets, who treated the cat, said that they never saw any case that was so gruesome. Donkey was bleeding internally and had to be rushed to the vet to undergo treatment that included some lifesaving surgical procedures.

Nine-year-old cat named Donkey is left with horrific injuries after being RAPED by mystery pervert https://t.co/R5dfsy5BW3

Nine-year-old cat named Donkey is left with horrific injuries after being RAPED by mystery pervert https://t.co/R5dfsy5BW3