trending celebrity people lifestyle news animals
Man, 20, Beheaded By Brother And Cousins After They Found Out He Was Gay

Man, 20, Beheaded By Brother And Cousins After They Found Out He Was Gay

The trio reportedly called the man's mother after they killed him and said "we've finished him off." 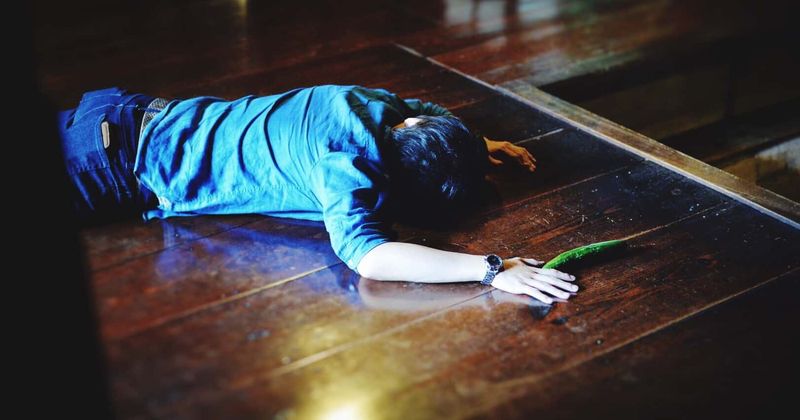 Trigger warning: This story contains details of homophobia and violence against a gay person that some readers may find disturbing

A man was allegedly beheaded by his own family simply because he was gay. Alireza Fazeli Monfared, 20, from Iran, was murdered in cold blood by his family only a few days before he was expected to leave the country. According to NBC News, Alireza was murdered by his brother and their two male cousins when they found out about his sexuality. Unfortunately, this happened only days before he was looking to flee Iran and live with his partner, Aghil Abyat, in Turkey. Local reports state that Alireza had applied to exempt himself from compulsory military service by coming out with his sexuality.

Brutally killed and disposed of by his family because of his sexuality.

Cultural attitudes in society towards homosexuality are a literal life or death problem. What compounds the problem is when the laws of a state do not provide any protection. pic.twitter.com/rycx8WdELm

Even though homosexuality is criminalized in Iran, a military exemption law allows gay and transgender people to get a medical exemption from service for their identity, according to NBC News. The law states, in part, “a person can be freed from his military service duties, if he is ‘mentally ill’ (homosexual).” However, he was not at home when the exemption card arrived at his home in Ahvaz and his brother opened it to find out Alireza was gay. A little after 7 p.m. on Tuesday, the other said they had to travel to Borumi, a nearby village to see their dad. Completely oblivious of the fact that his brother knew of his sexuality or the plans he had for him, the 20-year-old got into the car. When they arrived at the village, they were met with two male cousins, and together, the three of them allegedly helped behead Alireza. IranWire reported that they left his body under some palm trees and told his mother "we’ve finished him off", Abyat said, per Metro.

As a baseline, it is important to understand that Iran's Islamic Penal Code explicitly criminalizes same-sex relations, even imposing the death penalty on individuals convicted of sodomy.

The news was so upsetting for the mother she had to be hospitalized. Police then arrested the three suspects and readied them for a murder trial. "Nothing is more difficult than to expect to see somebody you love in a few days, and suddenly you hear he is dead," Abyat said.  "Nothing is more difficult than to never be able to see him, or hear his voice, forever. This is an excruciating pain that will remain in my heart to the end of time." The murder only went on to showcase instances of "honor killings" carried out in the country for people belonging to the LGBTQ+ community. Shad Amin, executive director of 6Rang, an Iranian Lesbian and Transgender Network, shared that the exemption put Alireza's life at risk.

I cannot understand how any parent does not love their children more than their religion, culture or so-called 'reputation'. Are we not biologically driven to place our children above all else??
This is heartbreaking, but also utterly chilling.

"We think that because of his gender expression and his behaviors, they knew that he is homosexual, but it was proof that shows he wants to leave the country, and he is a gay man,” Amin said. “We are trying to use this story to challenge the Iranian government … to remove this paragraph [in the exemption law] and the reason on the exemption cards.” Gissou Nia, a human rights lawyer and activist, tweeted in honor of Alireza and the brutal nature of his murder and accused Iran's archaic law of causing the senseless murder. "RIP Alireza Fazeli Monfared," she wrote. "Brutally killed and disposed of by his family because of his sexuality. Cultural attitudes in society towards homosexuality are a literal life or death problem. What compounds the problem is when the laws of a state do not provide any protection."

She shared that the law ensures abuse of LGBTQIA+ people at home due to a lack of legal protection against abusive families. "The law gives parents extensive discretion in disciplining their children. Filing a complaint against abusive family can further endanger LGBTQI persons, so abuse is often unreported."

How is Iran, a country that probably will not punish the murderers of this young man any better than ISIS? The barbarity inflicted on this poor young man is so far beyond what any definition of civilized society should permit that nothing can justify it. Absolutely nothing.