Baby Katya was found alive by a friend of the mother entirely by accident when they become curious about the weak cries from one of the rooms in the house. 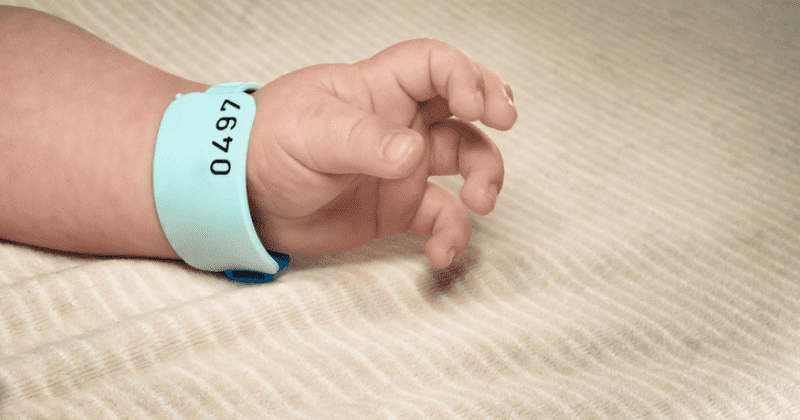 Trigger warning: This report contains details of child abuse and neglect that readers may find disturbing

A mother tried to kill her baby slowly and agonizingly by making her starve to death but luckily the baby's 13-year-old brother fed her scraps just enough to keep her alive. Baby Katya was found alive by a friend of the mother entirely by accident when they become curious about the weak cries from one of the rooms in the house. The incident occurred in Russia and the baby's mother is identified as Yulia who, according to local reports, tried to keep the birth of her third child a secret from her world, reports Mirror.

Katya was reportedly the child of Yulia and a married man, right after the woman broke up with her husband. According to police reports, Yulia didn't even approach a hospital or receive any medical assistance, either before or after the baby's birth. The 37-year-old woman was so careful that people reportedly did not realize that there was a baby in the house, as there was no crib or clothes to be found in the house. Yulia didn't even keep stock of any baby food whatsoever and would hide the toddler away in a duffel bag, which was kept inside a wardrobe inside one of the rooms.

Horrifying moment emaciated baby is found stashed in closet after ‘monster mom left her to starve to death’ https://t.co/Om74cX6fIK

According to a report on The Sun, a source said: "She wanted to kill the baby but in the end didn’t have enough heart for it. She thought that perhaps the baby would die from starvation. She was found by accident." If it wasn't for Yulia's 13-year-old son, the baby may not have survived. The boy would feed tiny scraps of food to the little one to keep her alive. A family friend has revealed that the mother forced the boy into silence by threatening dire consequences if he ever told anyone about the baby. Months later, when Yulia held a party to celebrate her son's 13th birthday at her apartment, one of the woman's friends accidentally found the six-month-old baby in the closet.

"The mother was having a birthday drink with a friend, who asked why one of the rooms in her flat was always shut," the source said. "A young woman who was there for the party heard a very weak, muted cry, and asked the mother about it. I think it's just a doll there, it just cries by itself’, the mother answered. One of the friends who went for a cigarette in the middle of the party decided to check that room after hearing the cry. She opened the wardrobe, looked in the bag, and found the baby." When police were informed about the severely malnourished baby, they came into the house to find the baby, who managed to live, thanks to her stepbrother's act of feeding her water and bits and pieces of food.

A SEVERELY emaciated baby is fighting for her life after she was left in a wardrobe by her mum who hoped she’d starve to death. The child was reportedly living off water and random scraps of food given by her... https://t.co/RgxShdnDPI

As per Daily Mail, Sverdlovsk regional police spokesperson Valery Gorelykh said: "It is hard to believe in this horrendous story. But however difficult it is to say this, it is true." The baby was quickly airlifted and taken to a nearby pediatric hospital with doctors putting her in the ICU after they found she had severe malnourishment. The baby's mother was detained once the baby was found with a criminal case now opened on her for torture. Reports suggest that the woman will be put through a psychiatric test to assess whether she is mentally sane. In the meantime, if she is convicted of the torture charge, she is likely to be sentenced to a jail term of up to seven years.

How does this happen 🤬🤬.