The man who claimed to be the pool's manager wanted the girls to get out as they were violating the rules. 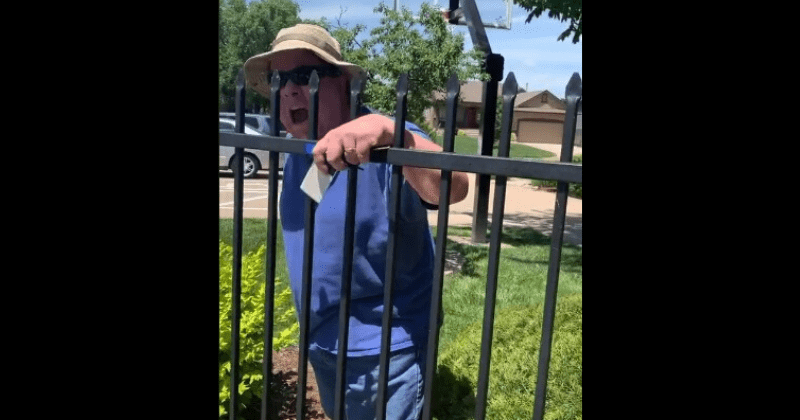 A few teenage girls who were enjoying a nice day out at the pool were abruptly asked to leave, shouted, and cussed at by the pool's manager. The altercation was filmed by one of the girls and uploaded on her Tik Tok account and it just blew up from there garnering over 6 million views on the platform. The girl with the user name usernameel536271 uploaded the video of the heated exchange and titled it "AN old a** man harassing teenage girls #fyp" that showed the man clearly agitated. The man's reasoning was that there were no other adults with them. At one point in the video, the man shouted at the top of his lungs asking the girls to "GET OUT!". But the girls stood their ground. He also continually argued that the girls had violated the rules of being at the pool although he had violated the same many times.

The girls said they had seen many people who drank alcohol around the pool. They also said the manager himself had violated the rules many times. The girl said she had seen him with his family stay past the pool timings and this put him in a spot. "I have had enough of your s**t and your s**t," said the man pointing a finger at two of the girls. The girl and her friends then tell him to not cuss near the pool since it was against the rules. He once again says, "Get out!" The girl says that she sees him with his family in the pool all the time past the 10 pm timing. He replies, "I manage this pool and keep things clean and fix things".

We wonder how the manager could even use such reasoning for being there past the timings. It clearly shows he has been using his authority in a way that benefits himself and his close ones. When others decide to use the pool he brings up the rules and puts it against them as if he has been following the same. The man shouted again, "Get out!" and tries to intimidate them even more. The girls had probably realized that he was not one who could be reasoned with and said they would "wait for the police" to escort them out. The girls also said she would like to talk to them as well for the "way you are treating me". The man then says, “You’re being a belligerent little child and I have asked you to leave,” to which the girl responded, “You’re being a harassing old man!”

She adds, “You’re harassing me. For swimming at the pool.” The man replies again with his "rule" argument, "You are violating the rules," he said. The girl reminds him again, You can't cuss",  "you can't be here past 10"  and he cant be in the pool in normal clothes. The man says the girl was disrespecting him but she says he was the one disrespecting her and her friends all along. In a few other followup videos, the man is joined by his other friends who also support him.  In another video posted by the girl, they seem to have had just about enough and tell the man, "we're not your wife, don't yell at us". The man is taken aback at the statement and just ponders for a few seconds before trying to say something but nothing comes out of his mouth.