Madeleine McCann Would've Turned 18 This Year, She Went Missing in 2007

She found the note when Portuguese authorities let her and her husband see the case files. 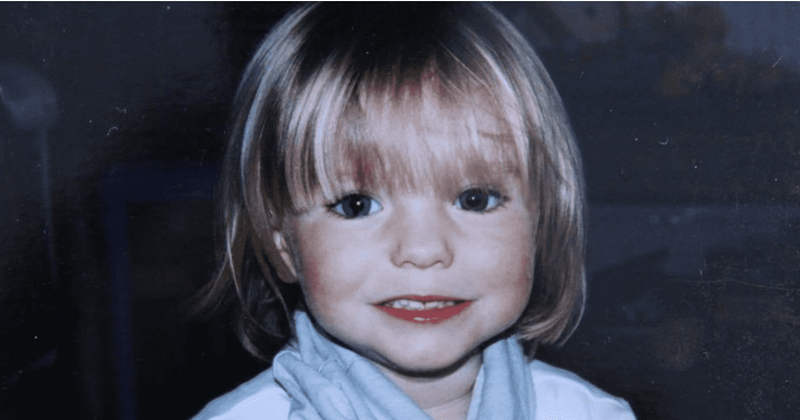 It's been 14 years since Madeleine McCann disappeared from a resort in Portugal, setting off one of the longest searches for a missing person that continues to this day. A year after the girl went missing, her mother Kate McCann discovered a note among police records that left her in "horror", reports Mirror. Hotel staff at the Praia da Luz resort, where the family stayed, wrote the note in the hours before their daughter went missing in 2007. “It wasn’t until a year later, when I was combing through Portuguese police files, that I discovered the note," wrote the girl's mother Kate McCann in a book detailing the search titled Madeleine: Our Daughter's Disappearance and the Continuing Search for Her. Kate and her husband Gerry had got permission from Portuguese authorities to go through their files on the case.

Kate added, "The note requesting to get a block booking was written in a staff message book, which sat on a desk at the pool reception for most of the day. This book was, by definition, accessible to all staff and, albeit unintentionally, probably to guests and visitors, too. To my horror, I saw that no doubt in all innocence and simply to explain why she was bending the rules a bit, the receptionist had added the reason for our request: we wanted to eat close to our apartments as we were leaving our young children alone there and checking on them intermittently." Kate and her husband were at the resort with friends. On May 3, 2007, the couple left Madeleine and her twin siblings at The Ocean Club apartments in the resort to go for dinner at the restaurant. They came back to find Madeleine missing.

Kate said of the note that "we now bitterly regret" this decision, and "will do so until the end of our days." About her reason for writing a "personal account of the disappearance and continuing search for her daughter" in the form of the book released in 2011, Kate said she wanted for the "truth" to be out. In the book, she mentioned she had put out some very "personal, intimate and emotional aspects of our lives." She added, "Sharing these with strangers does not come easily to me, but if I hadn't done so I would not have felt the book gave as full a picture as it is possible for me to give. As with every action we have taken over the last four years, it ultimately boils down to whether what we are doing could help us to find Madeleine."

What did the note say. You have left your kids alone and are not fit to be parents?

Recently, on the 14th anniversary of Madeline's disappearance, which would have also been her 18th year birthday, her parents expressed hope they would find her, in a statement. They also said they would never give up the search for their daughter. "Every May is tough – a reminder of years passed, of years together lost, or stolen. This year it is particularly poignant as we should be celebrating Madeleine’s 18th birthday. Enough said. The Covid pandemic has made this year even more difficult for many reasons but thankfully the investigation to find Madeleine and her abductor has continued. We hang on to the hope, however small, that we will see Madeleine again. As we have said repeatedly, we need to know what has happened to our lovely daughter, no matter what. We are very grateful to the police for their continued efforts," the couple stated.

German police write an official letter to the parents of Madeleine McCann to say their daughter is dead.@SwainITV reports on the first ‘concrete evidence’ of her death for 13 years. pic.twitter.com/7KsN65oSZC

"We still receive so many positive words and good wishes despite the years that have gone by. It all helps and for that we are truly grateful – thank you," they said further. While Madeline's parents are still looking for her, German prosecutors who are investigating the case believe that the girl is dead. According to our report, a convicted German sex offender named Christian Brueckner, who was in the same place as the family when Madeleine disappeared, is the alleged murderer. He is presently serving a sentence for the rape of a 72-year-old woman.