Madeleine McCann Was Killed In Portugal & Not Moved To Germany As Thought Earlier: Prosecutor

Hans Christian Wolters, the prosecutor leading the investigation in Germany said he has "concrete evidence" that would connect the killing to Christian Brueckner, the lone suspect 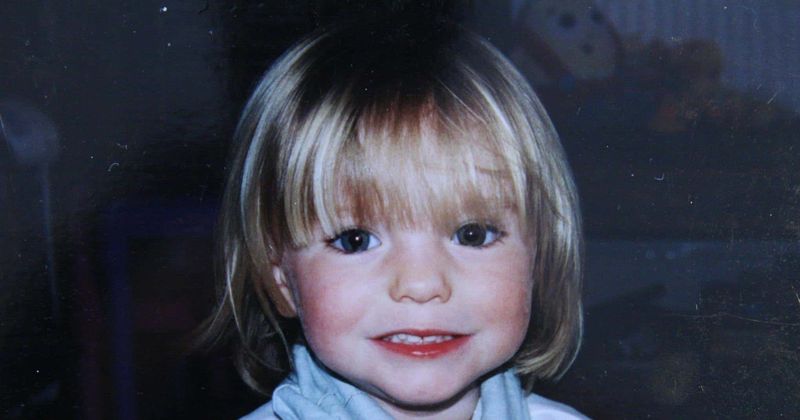 Trigger Warning: The story has details of a murder case that readers will find disturbing

The Madeleine McCann case got yet another twist. Investigators now believe she might have been killed in Portugal, where she went missing 14 years ago. They had initially thought the alleged killer, Christian Brueckner, also known as Christian B, transported the girl to Germany. Hans Christian Wolters, the prosecutor leading the McCann investigation in Germany, claims he has new evidence to prove she was killed in Portugal, according to a Mirror report. But he did not elaborate on the same. He, however, said he had “concrete evidence” to connect McCann's murder to Brueckner, although he did not elaborate on what these were. “I am optimistic we will solve this case,” he said. Wolters remarks come days after McCann's parents, Kate, 53, and Gerry, 52, stated they'd never give up hope of finding their daughter, who would have been 18 this year.

This month marks the 14th anniversary of her disappearance. Wolters highlighted the work of German authorities in the case who, in the last year, dug up an allotment in Hanover. It was believed to be the place the accused stayed. They were looking for any kind of evidence at the site to connect him with the case. Wolters concluded, “Since Christian B did not have the allotment at the time of Maddie’s disappearance, he could not have buried a body there." The allotment found by authorities last year in July is where the accused lived in 2007.  Wolters and his team hope to charge Brueckner by the end of the summer, according to a Daily Mail report. A reconstruction of the crime is set to take place soon in the Praia da Luz resort in Portugal (where McCann is believed to have been abducted from), following a tip-off from a key witness.

"We are still building the case and at some time in the future we shall share the details with the suspect and his lawyer — but now is not the time. I cannot disclose the type of evidence we have been given, it is not forensic I can tell you that but it is new circumstantial evidence which all adds to the working theory that he is the man responsible. We have always insisted that the man we identified as the main suspect is the man we believe committed the crime and we are not looking for anyone else," said Wolters. Brueckner is presently in jail for a drug trafficking charge. Last year, he was convicted for the 2005 rape of a 72-year-old American woman in the same Portuguese resort from where Madeleine disappeared. He was sentenced to seven years in jail at a court in Germany.

In 2007 the @PJudiciaria and two highly successful trained cadaver/blood dogs showed us that #madeleinemccann died in the apartment and the McCanns was involved with Madeleine's disappearance!
They used the fake abduction to cover up Madeleine's death https://t.co/VTrQTUryH8

In a public message shared on the Find Madeleine website,  McCann's parents recently said they "hang on to hope, however small" of finding their daughter. It read further, "Every May is tough – a reminder of years passed, of years together lost, or stolen. This year it is particularly poignant as we should be celebrating Madeleine’s 18th birthday. Enough said. The Covid pandemic has made this year even more difficult for many reasons but thankfully the investigation to find Madeleine and her abductor has continued...As we have said repeatedly, we need to know what has happened to our lovely daughter, no matter what. We are very grateful to the police for their continued efforts. We still receive so many positive words and good wishes despite the years that have gone by. It all helps and for that we are truly grateful – thank you."

The parents of missing British girl Madeleine McCann are marking the 18th birthday of their daughter on Wednesday, just over 14 years since she disappeared on holiday in Portugal. | @AFP https://t.co/rk0ZR9Czfg

Cressida Dick, Metropolitan Police Commissioner said efforts to find Madeleine will still go on, according to the Daily Mail report. In an interview, she said, "We are working closely with Portuguese authorities and the German authorities, and we will continue until there is nothing left to do."