The comedic legend cracked her way into her hearts through the 1950s American sitcom 'I Love Lucy' and even 3 decades since her death, her contributions to the entertainment industry remain unmatched. 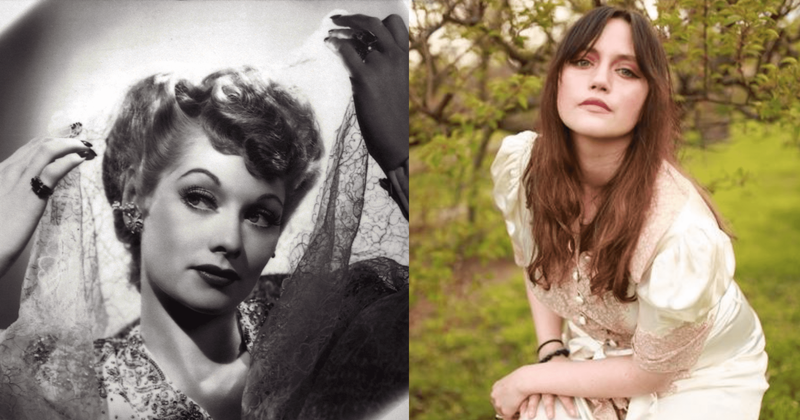 Many iconic American sitcoms have come and gone in the past few decades. While many of them have garnered a strong fanbase for the comedic gold they brought on screen, I doubt any will ever come close to the 1950s cult classic I Love Lucy. The legendary Lucille Ball's impeccable portrayal of the wacky housewife Lucy Ricardo will forever be etched in our memory with the mere sound of her exasperated husband Ricky crying "Oh Luuuuucy!" filling our hearts with all kinds of warmth.  Even three decades since the comedy queen's death, she holds a special place in the hearts of all those who grew up watching her and now her great-granddaughter Desiree Anzalone has us missing the icon even more.

Although Lucille started out as a model and Broadway actress, according to The Epoch Times, her rise to fame was through the 1951 sitcom I Love Lucy. The show also starred her real-life husband Desi Arnaz playing the role of her on-screen husband Ricky Ricardo and together the two had us doubling over with laughter. The talented actress nailed her comedic timing every single time and it was a true testament of the time and energy she spent into perfecting each one of her lines and facial expressions.

Apart from her invaluable artistic contributions to the entertainment industry, Lucille was and continues to be revered for her gumption. Generations of women have her to thank for changing the face of television, breaking the then-prevalent regressive portrayals of women through her illustrious career. Her second pregnancy, in particular, became a huge milestone in CBS history as the network had never before featured a pregnant woman on screen before. However, Lucille's pregnancy was seamlessly written into I Love Lucy, albeit after a long battle with the show's producers.

65 years ago today, Little Ricky was born on I Love Lucy! 72% of US households with TVs tuned in. Lucy's on-air pregnancy was groundbreaking. Just 12 hours before the episode aired, Lucille Ball gave birth to Desi Arnaz Jr IRL! pic.twitter.com/5EldbES3lA

The producers strongly discouraged the use of the word "pregnant" on screen as "expecting" was the preferred alternative. Ultimately, the show even historically went on to air the birth of little Ricky, with the episode premiering on the day the star welcomed her real-life child Desi Jr. by cesarean. In addition to breaking gender boundaries on screen, Lucille also shattered gender-restrictive norms within the industry. She went on to purchase Desilu Productions, thereby becoming the first woman to ever run a major television production studio.

Today, as we near what would've been her 108th birthday this August, Lucille's great-granddaughter Desiree Anzalone is all grown up and a spitting image of the comedy icon in her heyday. Aged 29, Desiree holds a degree in creative writing from the University of North Texas and is a photographer by profession. Apart from the striking resemblance she bears to her trailblazing great grandmother, this young woman has also inherited the star's memorable gumption.

Although she was diagnosed with breast cancer at the young age of 25, Desiree put up a brave fight against the disease and came out victorious. She did, however, have to go through a painful stretch of treatment, part of which she documented on her Instagram account. Chemo #6 this past Friday. Feeling very loopy after a shot of Benadryl to the chest. Six down, TWO more to go. Very exciting days, she wrote on one instance, giving her friends and fans a peek into her cancer journey.

Desiree's mother Julia Arnaz Massey was unfortunately estranged from her own father and although they two reunited in the 1990s, the years of separation meant that Lucille's granddaughter was never able to meet her iconic grandmother before her death in 1989. She expressed her regret via a Facebook post last year in honor of the late actress' death anniversary, writing: RIP to my beautiful grandmother~ This was a very difficult day for me to have to find out through the news. I was very pregnant with my daughter Desido and I remember just falling to my knees knowing I'd never get the chance to ever met my G-ma- in this lifetime 😓 I would have loved the chance to love Lucy to  :( Thankfully, she has her daughter Desiree to remind her of the grace, guts, and gumption of her famous ancestor.