Towards the end of her life, they had gotten extremely close and Joe DiMaggio wished to marry her again. 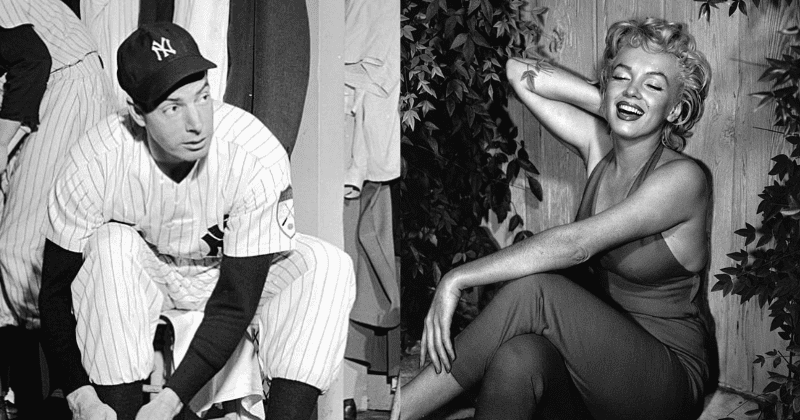 Marilyn Monroe and Joe DiMaggio began dating when they were at the heights of their respective careers. Naturally, their love life was all the rage in town. For the public, Marilyn was this dreamy actress desired by many, meanwhile, Joe was an athletic star. It was as if the two were made for each other but their relationship like many Hollywood couples was a turbulent one. When the Some Like It Hot star first met the former centerfielder of the New York Yankees, she thought he would be a "stereotypical arrogant athlete," according to The Vintage News. However, after getting to know him better, she ended up exchanging marital vows with him in January 1954. But their marriage was short-lived and the two parted ways less than nine months after their union. And this was just the beginning of their iconic love story.

The stars reportedly eloped and tied the knot at the San Francisco City Hall, leaving everyone surprised but Jerry Coleman, one of Joe DiMaggio’s Yankee teammates. "I don’t think it was a surprise at all," he told PBS. "The greatest woman in the world and the greatest guy in the world. It was a perfect match." But as fate would have it the power couple's marriage didn't last because of Joe's possessiveness. Per Donald Spoto, Marilyn's biographer, Joe didn't even want her to shoot the iconic scene where she stands on a subway gate in the iconic white dress for The Seven Year Itch. Due to their difference in views, the two decided it was best to separate.

Even after their divorce, when Marilyn fell ill and had to be hospitalized, the person who came to her side was Joe. When she was being forcibly institutionalized in February 1961, he rushed to help her. After being released in his care, she called Joe "my hero." He was the only stable man in her life even towards the end of her life. They had gotten extremely close at that point, so much so that Joe wished to marry her again. Unfortunately, his wish could not be fulfilled due to Marilyn's untimely death at the age of 36. Although the two chose to live different lives, they could not deny their unbreakable connection.

They were friends until the end and Marilyn even admitted that she would have died a long time ago if it wasn't for Joe. "If it weren’t for Joe, I’d probably have killed myself years ago," she told a friend before her death in 1962, reports New York Post. When the star's lifeless body was found in her home, there was no family to call but Joe, who immediately flew from New York to LA, identified her body and held a small, private funeral for her. He also designed a headstone for his beloved Marilyn and was absolutely inconsolable at the funeral, according to the Independent. He was reportedly heard saying "I love you, I love you" over and over like a sign of regret. "I’ll go to the grave regretting and blaming myself for what happened to her," he told Dr. Rock Positano per the book Dinner with DiMaggio: Memories of an American Hero that he co-authored, reports PEOPLE.

"Sinatra told me later that 'Marilyn loved me anyway, to the end,'" he expressed. After her death, Joe knew he wasn't going to see her again but he couldn't forget her either. Maybe he found solace in fulfilling a promise he had once made her. Years ago, she told him to send roses to her every week, and he kept the promise until the day he died in 1999. "Six fresh long-stemmed red roses, three times a week … forever," she had said and Joe them a few times a week. Even as he was dying, Marilyn was all he could think about. "I’ll finally get to see ­Marilyn again," were his parting words.