The Twitter account that posted the sweet letter was flooded with positive messages and words of comfort for the little boy. 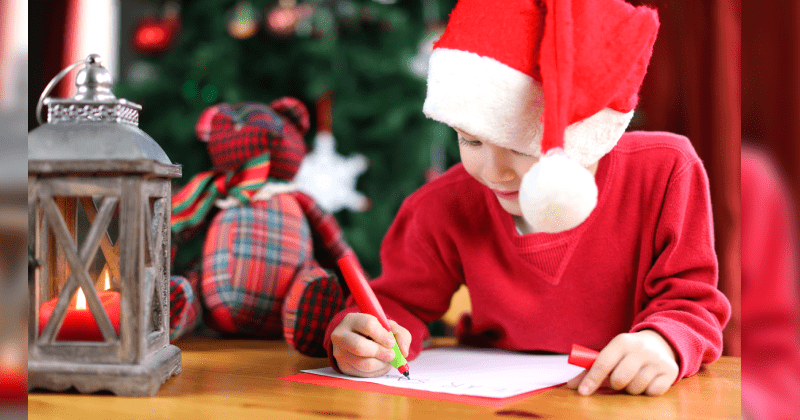 A little boy's heartbreaking letter has gone viral after he asked Santa, if God would love him for being gay. The letter was shared on Twitter where it received widespread support. In large scribbled handwriting the boy asks Santa Clause if God supports the LGBTQ community, reported Queerty. The innocent letter was shared on Twitter by Nancy Cruz-Garcia on November 22, 2020. She posted the image from the USPS website and wrote, "This letter to Santa broke my heart.” Cruz-Garcia then added, “Ima cry reading all these letters. Kids are so precious. I can’t.”

This letter to Santa broke my heart. pic.twitter.com/NWbum1rvaX

The letter reads: “Dear Santa, DO you support the LGBTQ community and if you can speak to God can you tell him I love him, and if he loves me for being gay.” The boy concludes the letter thanking Santa before signing it off with, “Love Will.” The letter was penned to Santa and it was published by USPS. It's a tradition for the mail department to intercept letters addressed to Santa at the North Pole and publish them as part of its Operation Santa project. The tradition dates back to 1912 and offers opportunities for companies, organizations or individuals to sponsor letters and respond to them. This letter by Will was from last year was published to raise awareness about the program that starts on December 4 this year.

Since this was a letter from last year, it's not known what has happened to the boy since. The letter doesn't provide much context but one hopes he got an assuring and supportive letter. If he didn't get a response, he will now know that the internet is full of people supporting and rooting for him. The letter also raised questions with many refusing to believe a boy that young could know that he was gay and claimed that the idea had been forced on him. Some speculated that he had just been called gay by friends or family. Children are sometimes called gay for not conforming to the public's perceived standard of what defines a gender. Kids are often called gay for not playing with the right toys or acting in a way that society view gender norms. This could be a case of a small boy being told he was gay for behaving a certain way. The letter doesn't provide context if the kid self-identified as gay. One can only hope that he has the support to guide him at the moment.

We should love and support all 🏳️‍🌈 LGBTQ brothers and sisters. That letter is heartbreaking. Our warmth and love should wrap around all of our 🏳️‍🌈 community. We are all on the same journey. To love ourselves and find the lid to our pot! Love is something everyone deserves!💜💙💚❣️

One user slammed those questioning if his parents forced the idea on him, especially considering he appeared to come from a conservative religious family. "To the people saying his parents are obviously forcing the idea of being gay on him, it’s so obvious that he lives in a Christian household. As well as it’s obvious he's been taught that it’s wrong in God's eyes because he's asking if God still loves him. I swear y’all say ANYTHING," commented the user.

Another user pointed out the hypocrisy of people who asked kids if they had crushes on children from the opposite sex while not being able to fathom the same kid having same-sex feelings. "Some pointed out that young children are often asked if they have a crush on the opposite sex – so why is it so hard to understand that some may have same-sex feelings?" wrote Dahlia. Another user questioned the validity of a religion that doesn't teach that God loves every living human being. "This myth that God doesn’t love everyone needs to be abolished. Catholicism doesn’t speak for God, and the idea that they do has blinded millions. God loves each and every one of us because we are created from Him. God is love and those who live in love live in God," wrote Payton. Those interested in fulfilling the wishes of children, or penning a letter of support can do so through USPS’s Operation Santa that begins next week.