Alice Coffin says she doesn't listen to music, watch films, or read books made by men. 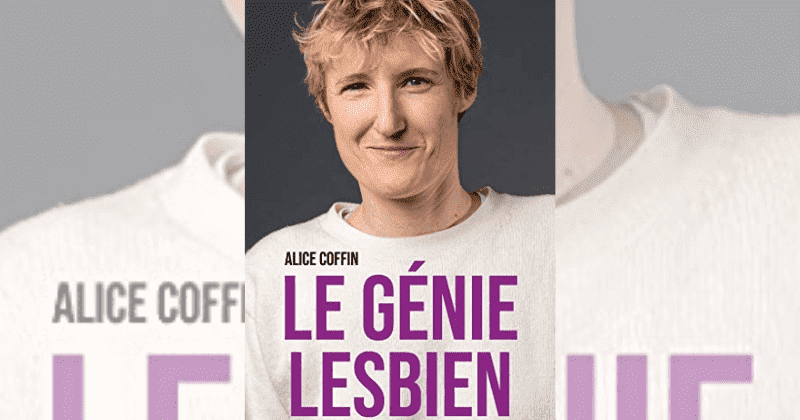 A French activist claims to have found the ultimate solution to women's emancipation -- eliminating men from their minds and lives. Paris city Councillor Alice Coffin's debut book Lesbian Genius has become hugely controversial, where she claims she doesn't listen to music, watch films, or read books made by men. Her partner Yuri also subscribes to the very same philosophy and consumes things produced only by women, reports Daily Mail.  Although controversial, the book has garnered a lot of popularity online as 5-star ratings on Amazon continue to tick away. Coffin's maiden foray into writing takes a historical look at feminism in the aftermath of French feminist philosopher Simone de Beauvoir's book The Second Sex.

It would create ginormous shift in every forms of art. Underrepresentation? Gone!
You are less exposed to patriarchal ideas that is deeply rooted into our culture. That is interesting concept. It could be a huge leap forward, rather than small steps that we are doing right now.

"It's not enough to help one another, we have to erase them. Erase them from our minds, from our pictures, from our representation. I don't read books by men anymore, I don't watch their movies, I don't listen to their music", she writes. Coffin also talks about the male-dominant media and its blatant objectification of women. "Following into a well-oiled mechanism created by the Catholic state, the movie industry turned women into objects to a massacre, while still putting them on the highest of the pedestal. Be beautiful and shut up, be beautiful and I rape you, be beautiful, you're going to die, this is the movie industry," she opines.

“Lesbian Genius” suggests that women should banish men from their lives. Its author, Alice Coffin, a lesbian activist and Paris city councillor, says she no longer reads books by men, nor watches films made by men, nor listens to music by men.#ReadWomenhttps://t.co/Kndkda5Pzp

Coffin admits that she imagined herself as a boy when she was younger, but consider being a lesbian a "greater" achievement. She also says that she's aware that generalizing may annoy people but claims that her book is a clap back against all the favor men continue to receive. Her commentary veered into male role models and those in leadership. "There's only men like Macron at the head of our political, economic, and cultural institutions and in the media. 'Some worse than others. Let them go. They sow misfortune, we want joy. Being a lesbian is a party, they won't spoil it."

Good luck to her. I notice she chooses to live in one of the world's most beautiful cities ... designed by a man; surrounded by art, architecture, literature, many of the good things in life that some better quality men created. Surely some ♂️ are passable? 🤔

She argued that men put up monuments to celebrate heroes while women, abused for centuries, lost their history without a trace. Justifying the notion, she adds: "I never say that men have everything to win with feminism. It's false. They have everything to lose. Their privilege, their monopoly, their power." Coffin also elucidated on how women are lambasted for speaking out. "When we, feminists, put together lists, produce data, are outraged, they have the nerve to ask: But you don't think, you just hate men." In spite of the flurry of positive reviews on Amazon, the book has received a fair share of negative reviews with fellow French feminists condemning her strong message.

That would lead to such a reduced vision of the world. A bit like religious people only reading religious books from their own religion or books agreeing with their views.

According to The Economist, Marlène Schiappa, a former French minister for gender equality, accused Coffin of advocating for "a form of apartheid". Schiappa expressed her concerns with the book promoting a "form of totalitarianism" during a chat with radio host Sonia Mabrouk. Another author, Agnès Poirier, took a dig at the author's new form of feminism and said de Beauvoir would find her work to be "ridiculous". People online have continued a heated debate on how her entire premise is wrong with others arguing that it's her choice to believe what she wants. Gavil Still wrote: "It’s her choice what she does. Why would anyone care? Everyone needs to feel empowered to make their own choices. I won’t do it, however, because I’m not going to limit myself to 50% of intelligent thought when I could be exposed to 100%." Another user, Linda Hamonou, argued that exposing only to one particular genre of literature is akin to people believing in religious text of their own religion or books that amplify their beliefs and views.

Think of it not as "silencing men", but rather as "promotion and support for women".
For every idea that man had, there is a woman who had the same. For any book you read, there is an equivalently relevant book from woman.