The Oscar-winner may have dated a slew of supermodels and actresses, but his standard date to events will always be his mom, Irmelin DiCaprio. 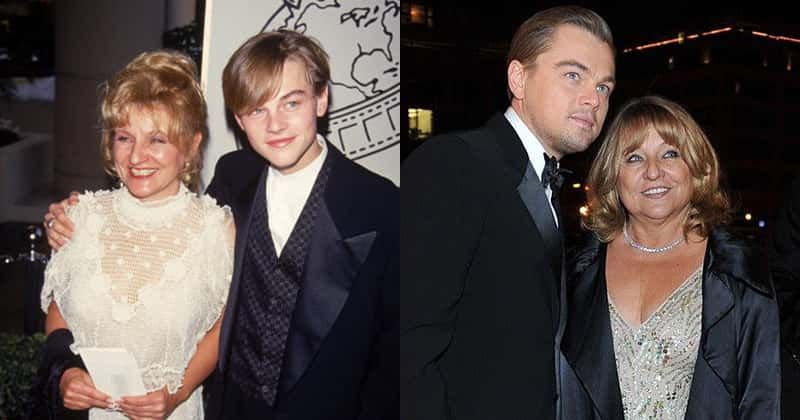 Leonardo DiCaprio has famously dated some pretty high-profile ladies - and almost all of them are supermodels. That list famously includes Gisele Bundchen and Eva Herzigova as well as "Gossip Girl" star Blake Lively and a slew of others. But through it all, the Wolf Of Wall Street star has one steady date that's not going away anytime soon - his mother.

"My mother is a walking miracle," DiCaprio told The Telegraph about his 76-year-old mother, Irmelin DiCaprio. DiCaprio grew up poor in Los Angeles, and his mother drove him daily to University Elementary School (now known as the UCLA Lab School), where he had bagged a scholarship. Several years down the line, she was his date to the 1993 premiere of What’s Eating Gilbert Grape, and many events following - the Romeo + Juliet premiere in 1996, the Titanic premiere the next year - the mother and son duo have stayed together even as DiCaprio was catapulted to stardom. As he received his first Best Actor Bafta Award in 2016, DiCaprio used his acceptance speech to pay tribute to Irmelin.

"I would not be standing up here if it wasn’t for this person," he said of his mother, who accompanied him to the ceremony. "I didn’t grow up in a life of privilege. I grew up in a very rough neighborhood in East Los Angeles." He continued, "This woman drove me three hours a day to a different school to show me a different opportunity. It’s her birthday today. Mom, happy birthday. I love you very much." Over the years, Irmelin has been a frequent recipient of DiCaprio's undying love. In 2015, when he reportedly dropped £8,000 on a Chanel handbag at a charity auction in Cannes, outbidding Paris Hilton - that prize was meant for his mother. He once claimed that when he needed to tap into feelings of grief for a role, he imagined her "charred in a fire". And of course, she's his standing date to most premieres and award functions.

"She loves all the glamor and excitement, and he loves to spoil her," DiCaprio's biographer, Lisa Arcella, told The Daily Mail about their relationship. "He wants to repay her for all the sacrifices she made when he was growing up. But it runs deeper than that. They are extremely close." And there's plenty of speculation about why the 44-year-old Oscar-winner isn't married yet - some say that none of his illustrious girlfriends can hold a candle to his mom. Either way, even if DiCaprio does marry soon, chances are he won't be buying any diamonds. "My mom is the only person that I would buy something like that for, and for a while now she hasn’t wanted one," he told PEOPLE in a conversation about the diamond industry.

One thing's for sure - she's the foremost leading lady in his life, and he attributes a large part of his success to her hard work and sacrifice.  “She supported this little kid who said, ‘I want to be an actor,’ at twelve years old, which is ridiculous, and she drove me to all these auditions," he reportedly shared backstage at the 2014 Golden Globes. "She’s the only reason I’m able to do what I do.”