trending celebrity people lifestyle news animals
Tony Bennett, 94, Has Alzheimer's And Has Been Singing Through It, Reveals Family

Tony Bennett, 94, Has Alzheimer's And Has Been Singing Through It, Reveals Family

Bennett's family believes the musician is himself when he's singing and it has helped him fight the disease. 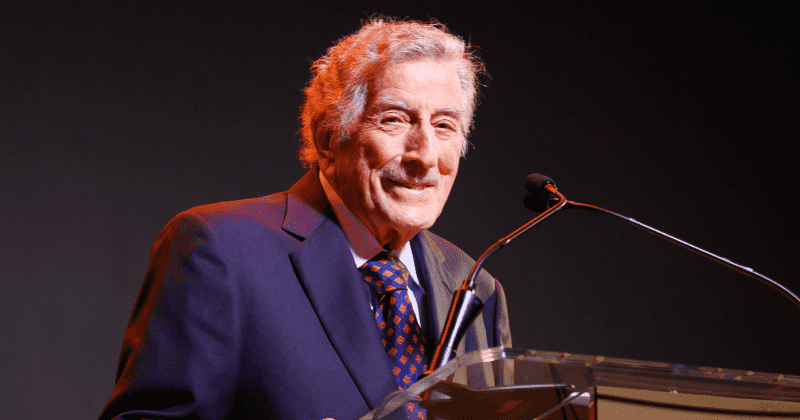 Singer Tony Bennett has been living with Alzheimer's disease for a few years now, confirmed his family. The 94-year-old performed as late as March last year, at the start of the pandemic. The legendary singer was first diagnosed with Alzheimer's in 2016. The family opened up on the singer's condition in an interview with AARP magazine. They said he could still recognize family members but wasn't aware of what was happening around, and didn't know where he was, his wife, Susan told the magazine. With family members around to ground him, Tony Bennett is yet to experience the confusion that would cause him to walk out of the family home in New York City. Rage and depression are also emotions associated with the disease but Tony Bennett hasn't experienced either so far. “He is doing so many things, at 94, that many people without dementia cannot do," observed his neurologist, Dr. Gayatri Devi, reported TODAY. "He really is the symbol of hope for someone with a cognitive disorder."

Susan, Bennett's primary caregiver, said it's frustrating at times but is still thankful when considering so many with this diagnosis have had it worse. "I have my moments and it gets very difficult. It's no fun arguing with someone who doesn't understand you. But I feel bad talking about it because we are so much more fortunate than so many people with this diagnosis. We have such a good team," said Susan. Bennett continued performing for years after his diagnosis with no one suspecting he had Alzheimer's disease. The World War II veteran had been disoriented while he was backstage but would come into his own once the announcer said his name and he began his 90-minute set that included many of his classics. The singer couldn't process what Alzheimer's is and often told his wife he was ok. "That's because he already didn't understand," said Susan. "He would ask me, ‘What is Alzheimer's?’ I would explain, but he wouldn't get it. He'd tell me, ‘Susan, I feel fine.’ That's all he could process — that physically he felt great. So, nothing changed in his life. Anything that did change, he wasn't aware of." Bennett's last public performance came on March 11, 2020, at the Count Basie Center for the Arts in Red Bank, New Jersey.

According to the National Institute on Aging, Alzheimer's is the most common cause of dementia among adults and is characterized by the erosion of memory and thinking skills to the point where it destroys the ability to carry out the simplest tasks. Alzheimer's disease is the sixth-leading cause of death in the country. It's estimated that more than 5 million Americans have Alzheimer's disease.

His family said one of the crucial factors in his fight against the disease was the healthy diet and regular exercise are recommended by doctors. He exercised three times a week along with a trainer and stuck to a Mediterranean diet. While he hasn't performed since March, his neurologist encouraged him to continue rehearsing twice a week to stimulate his brain. Susan is scared of a time when Bennett stops singing because, as far she's concerned, it's what's holding him together. “Singing is everything to him,” said Susan. "Everything. It has saved his life many times. Many times. Through divorces and things. If he ever stops singing, that's when we'll know …" She then added, "There's a lot about him that I miss. Because he's not the old Tony anymore. But when he sings, he's the old Tony."

Tony Bennett has an album of duets with Lady Gaga that is set to be released in the spring. The album will be a follow up to their 2014 bestselling album Cheek to Cheek. The duo started recording in 2018, 2 years after his diagnosis with Alzheimer's disease. The family said Lady Gaga was aware of his condition. "I wanted to check with her to make sure she was cool because she watches his back all the time," said Bennett's son and manager, Danny, 66. "She was like, ‘Absolutely, it's just another gift that he can give to the world.’"