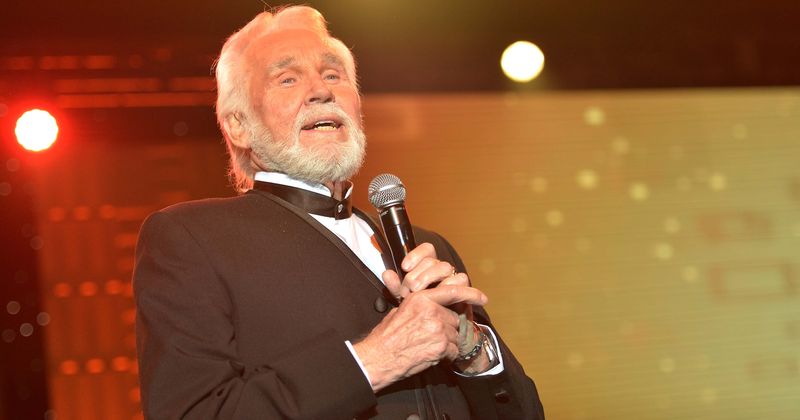 Kenny Rogers, who dominated the pop and country charts in the 1970s and 1980s has died at the age of 81. His publicist Keith Hagan confirmed the news to CNN. He died last Friday night from natural causes under the care of hospice and surrounded by family. "Kenny Rogers left an indelible mark on the history of American music. His songs have endeared music lovers and touched the lives of millions around the world," a statement posted by Hagan read.

So sad. Was watching Kenny's duet with Lionel just yesterday and felt so lifted. So so sad to hear of this. RIP legend, you were of the finest of your time.

His music career spanned six decades where he won three Grammys and six CMAs (Country Music Award). He was also inducted into the Country Music Hall of Fame.  According to Variety, his signature song “The Gambler” was added to the Library of Congress’ National Recording Registry in 2018. The 1978 song "The Gambler" even went on to inspire multiple TV movies, with Rogers as the main character. He was one of the first musicians to initiate country-pop crossover at the superstar level. "I came into country music not trying to change country music but trying to survive,” he said in a 2016 interview with CMT News. "And so I did songs that were not country but were more pop. Nowadays they’re not doing country songs at all. What they’re doing is creating their own genre of country music. But I told somebody the other day, country music is what country people will buy. If the country audience doesn’t buy it, they’ll kick it out. And if they do, then it becomes country music. It’s just an era of country music we’re in."

His gritty "distinctive, husky voice" earned him 20 solo 45s to No. 1 on the country charts between 1977-87. Two of them, his 1980 reading of Lionel Richie’s "Lady" and his 1983 collaboration with Dolly Parton "Islands in the Stream" (penned by the Bee Gees), also topped the pop lists. Richie and Parton were among the many celebrities to offer their condolences to the late singer. Richie, his longtime friend and the writer and producer of "Lady" tweeted: Today I lost one of my closest friends So much laughter so many adventures to remember, my heart is broken... My prayers go out to Kenny's Family.

Your the first one I thought of this morning when I read the news, I must have watched your duet a million times

Parton, too, shared her grief with fans. She wrote: You never know how much you love somebody until they're gone. I've had so many wonderful years and wonderful times with my friend Kenny, but above all the music and the success I loved him as a wonderful man and a true friend. In a video posted along with the message, an emotional Parton held a picture of herself with Rogers saying, "I know you are as sad as I am. But God bless you Kenny. Fly high into the arms of God."

So sorry for you’re loss and to Kenny family friends fans what amazing country singer and gentleman #RIPKennyRogers 💔🥺😢 pic.twitter.com/EHMYlwVj40

The legendary singer was born and raised in Houston to a poor family. He was the fourth of eight children. As a teen, he began playing the guitar and would sometimes perform with another aspiring local musician and future star, Mickey Gilley. Through his career, over 50 million albums have been sold in the US alone. "Country Music has lost the great Kenny Rogers, who has forever left a mark on Country Music's history," the Country Music Association said in a statement. "His family and friends are in our thoughts during this difficult time."

Some of his hits included "Lady," "Lucille," "We've Got Tonight" and "Through the Years." He was also a part of the original recording of "We Are the World" along with more than three dozen artists in 1985. According to his website, a year later, he co-chaired "Hands Across America," a campaign which sought to raise awareness about the homeless and hungry in the US.

In 2015, Rogers announced his retirement. "I've been so lucky to have enjoyed such a long career and to have such amazing support from my fans and all who have helped me along the way, but there comes a time when I need to focus on spending time with my family," according to his official website. "My life is about my wife and my 11-year-old twin boys right now. There are a lot of things I want to do together with them to create some special memories. I don't have a bucket list of my own ... I have a bucket list of things I want to do with them." The singer has been married 5 times and is survived by his last wife Wanda and five children. The family planned a small, private service keeping in mind the concern for the coronavirus pandemic, "but look forward to celebrating the life of Kenny Rogers publicly with his friends and fans at a later date," his publicist's statement said.