The gritty-voiced, award-winning actor has been in the movie business for over 50 years, and is also working on saving the bee population 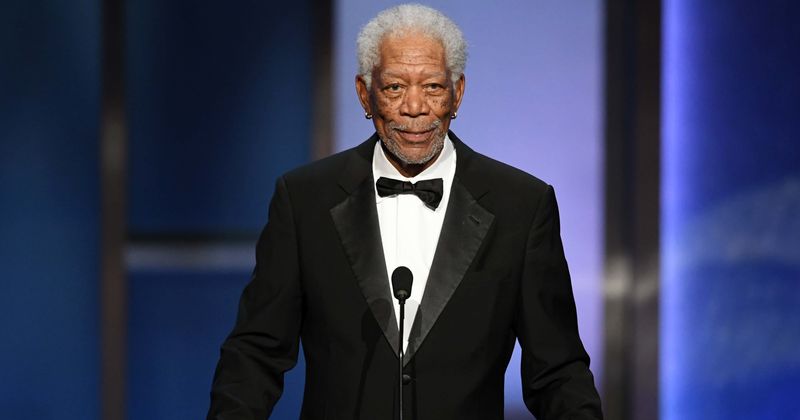 Legendary actor Morgan Freeman recently celebrated his 84th birthday. The veteran actor's career has spanned over five decades. Freeman appeared in his first film back in 1964 and has since made an unforgettable mark in the world of movies. The actor didn't get his start until he was in his 40s when he was on The Electric Company and Another World. His "big break" happened when he reprised his role from the stage as Hoke in Driving Miss Daisy, reports Hollywood.com

Powerful acting aside, it's Freeman's distinct baritone that makes him one of a kind. He is renowned for his iconic voice and his voiceover work and narrations.. According to CNN, he has been nominated for one Tony Award, one Grammy Award, two Emmy Awards,  and five Academy Awards of which he won one Academy Award. He narrated two Academy Award-winning documentaries: The Long Way Home and March of the Penguins. Freeman has received Oscar nominations for Driving Miss Daisy, Street Smart, Invictus, and Shawshank Redemption. Eventually, he even ended up bagging the golden statuette in 2005 for his role in the blockbuster hit Million Dollar Baby. The star is such an icon that he was even roped into playing God in Bruce Almighty.

Fans took to social media to wish the Hollywood icon on his birthday. The Oscar, Golden Globe, and SAG Award winner have many accolades to his name, and fans have been drawn to his voice and his movies across decades, reports Movie Web. Many talented movie buffs, shared beautiful portraits of the star on Twitter in honor of his big day.

Others shared some stills from some of his best movies.

"But I can say that life is good to me. Has been and is good. So I think my task is to be good to it. So how do you be good to life? You live it."
🎭 A very happy birthday to Hollywood legend #MorganFreeman. pic.twitter.com/gF2wRkoTlT

Twitter was flooded with birthday wishes for the star from die-hard fans. iceskyguy tweeted: Happy birthday to one of the most iconic voices of all time and one of my favourite actors. Juggalo_Trey48 added: Happy birthday to Morgan Freeman one of the best actors in American cinema and a master of explaining things. Oma5Bonnie shared:a very Happy Birthday and I might add, a superb actor who has given us many good laughs and tears through the years!

Happy Birthday, Morgan Freeman! Out of his 133 acting credits, Se7en, Lean On Me, and The Shawshank Redemption are our favorites. What are your top three picks? pic.twitter.com/eEDKWQSfS9

Did you know the icon was also served in the armed forces? According to the website for the US Department of Veteran Affairs, it reads: After graduating high school in 1955, Freeman turned down a drama scholarship to Jackson State University to enlist in the Air Force. After basic training, Freeman worked as a radar technician for more than a year before training as a pilot. When he did start training to fly, he realized that it was not right for him and he could not remain in the military. He received an honorable discharge as an airman first class in 1959.

Freeman is still working on ways he can be of service to others. The actor took up an important environmental cause and turned in to a beekeeper!  Freeman opened up his home to the bees to revive their numbers and help preserve their population. During an appearance on The Tonight Show Starring Jimmy Fallon in 2014, The Shawshank Redemption star surprised his fans with the news that he had taken up beekeeping as a hobby. The actor shared,  "There is a concerted effort for bringing bees back onto the planet... We do not realize that they are the foundation, I think, of the growth of the planet, the vegetation... I have a lot of flowering things, and I have a gardener too. As she takes care of the bees too, all she does is figure out, 'OK, what would they like to have?' So we have got acres and acres of clover, and we have some planting stuff like lavender, I have got like, maybe 140 magnolia trees, big blossoms."

Freeman is also encouraging others to take the COVID vaccine as soon as possible in a new PSA for The Creative Coalition and the National Blue Ribbon Task Force. The spot, titled "Be There. This Is Your Shot," urges Americans to "take care of one another." "I'm not a doctor, but I trust science. And I'm told that, for some reason, people trust me," Freeman revealed in the new PSA. "So here I am to say I trust science and I got the vaccine. If you trust me, you'll get the vaccine. In math, it's called the distributive property. In people, it's called taking care of one another. Get the vaccine. Help make our world a safe place for us to enjoy ourselves again. Please."