The 95-year-old actress has had a career spanning over 70 years across stage, film, and television. 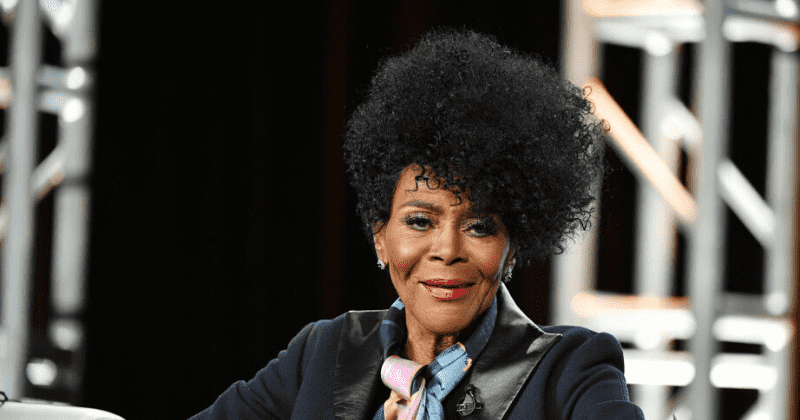 Cicely Tyson, the legendary actress, received a Peabody Award for Career Achievement from the Grady College of Journalism and Mass Communication at the University of Georgia reports PEOPLE in an exclusive.  The 95-year-old veteran has had a career spanning over 70 years across stage, film, and television, and is known to be the inspiration for  Hollywood stars like Viola Davis and Oprah Winfrey. The award recognizes people "whose work and commitment to broadcasting and digital media have left an indelible mark on American culture."

Peabody proudly recognizes @IAmCicelyTyson with this year’s Career Achievement Award. Throughout her illustrious life, the trailblazing actress has championed a world of possibility for social justice, creativity, vitality, and joy. https://t.co/kKbgtWtw9H pic.twitter.com/XZRZiNyfyp

Winfrey paid a video tribute to the stalwart and said, "Cicely Tyson, throughout your incomparable career, you’ve chosen to bring to life women of hope, determination, grit, and grace because that is who you are," the former talk show host said. "Your integrity is impeccable. So I thank you for not just paving the way for me and every other black woman who dared to have a career in entertainment, but being the way,” Winfrey added. Meanwhile, Davis, who worked with Tyson in a crossover between How To Get Away With Murder and Scandal, said, “You have made it possible for girls like me, even girls who are not girls of color, but especially black girls, you’ve allowed us to be seen and you’ve allowed us to feel worthy.”

Throughout her celebrated career, Tyson has worked in 94 films and TV shows including roles in acclaimed films like Fried Green Tomatoes, Diary of a Mad Black Woman, and Oscar winner, The Help. Jeffrey P.Jones, the executive director of Peabody, said: "Cicely Tyson’s uncompromising commitment to using her craft to address the big issues of her time—gender equality, racial and social justice, equity and inclusion—places her in rare company. And she did so when speaking up and speaking out invited stigma, isolation, and retribution." He noted, "She was a seminal figure of her time, and ahead of her time."

The actress became popular for her performance in the 1972 movie Sounder which earned her a Golden Globe and an Academy Award nomination. She was praised and appreciated for her role in the 1973 TV movie The Autobiography of Miss Jane Pittman which earned her two Emmy Awards and a BAFTA nomination. Later in 2013, she won a Tony Award for essaying Carrie Watts in a play called The Trip To Bountiful. Tyson was also acknowledged by the Oscars Academy who bestowed her with an honorary Oscar in 2018, making her the first black woman to do so. Speaking at the acceptance speech, Tyson had said: "I don’t know that I would cherish a better gift. This is the culmination of all those years of haves and have not."

Talking about why Tyson winning the Peabody award, the jury from the University of Georgia said: “With her award-winning performances, Tyson has taught us to champion a world of possibility for social justice, creativity, vitality, and joy. Through her career, she has demonstrated the importance of imagining human freedom, the power of struggle, the grace of sacrifice, and the importance of witnessing in a nation desperate to reckon with itself. Her powerful command of her craft and her lifelong dedication to make work that entertains and challenges helps us find our ethical and moral bearings."

Oh I love her!

Tyson joins Rita Moreno and Carol Burnett, the other two who have also received the prestigious Peabody career achievement awards. The announcement comes after the organization was forced to cancel the 2020 edition of the ceremony owing to the ongoing pandemic.