The legendary actress reportedly has a fun, humorous, and love-filled celebration planned for her big day. 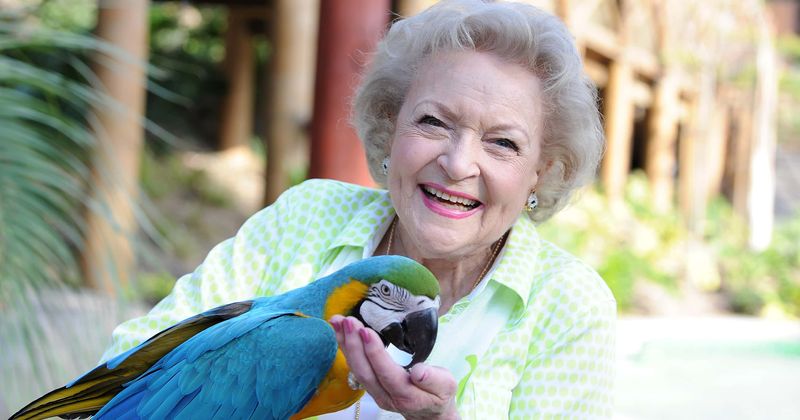 American national treasure Betty White is ringing in her 98th birthday on January 17 and lucky for us, the icon shows no signs of slowing down any time soon. The former Golden Girl who began her illustrious career way back in the late 1940s still remains one of the most prominent figures in the entertainment industry. While her age has brought with it some aches and pains, Betty's wit and zest for life remain the same as ever. The legendary actress reportedly has a fun, humorous, and love-filled celebration planned for her big day and since we weren't lucky enough to get an invite, we'd like to wish Betty a very happy birthday and all the joy and happiness in the world.

Speaking to Closer Weekly, a friend of the beloved comedian revealed that White plans to celebrate her birthday surrounded by a small group of her pals and loads of good humor. "She still likes to drink, laugh, and tell stories. It will be at her home with her longtime friends and stepchildren. She’s still close with them and their children. They’ll order food in and have fun," said the insider.

"She doesn’t have any major health problems. She says she’s a little ‘creaky.’ Walking is a bit of an issue and she uses a walker at home, but she’s OK. And she’s still quick with a one-liner," the friend continued. The insider also spoke about how White feels about her age, revealing that the actress has become more choosy about reasons to leave the house. "She still gets job offers, but that part of her life is probably over. Everyone wants her to retire to [her vacation property in Carmel, California], but Hollywood is in her blood. She likes to be close to the action, even at her age," they said.

The insider revealed that while the actress is grateful for the long life she's been blessed with, she does miss her late husband, Allen Ludden, and her many friends who have passed away, including former co-stars Mary Tyler Moore and Valerie Harper. "She says, 'Every day my world gets smaller.' So many people she knew and loved have passed. She’s hopeful that someday they’ll all be reunited. She’s not morbid about it, though, and definitely doesn’t dwell on it," the friend revealed.

What a wonderful early birthday gift from @netflix!!! Check it out! https://t.co/0RBzcP07iq. #98feelsgreat!

White shows no signs of slowing down though as she still begins her days around 6 a.m. and is an avid reader who devours several books a month. "She also likes to watch the news, movies and anything about animals. She is still active at the Los Angeles Zoo and several other animal charities. She wishes she could attend more of their events, but she does her best to support them. She gives generously of her own money; she says it feeds her soul," said the insider.

The actress herself has spoken about how staying excited about life outside the walls of her home is the key to staying youthful in a 2016 interview with TODAY. "I think that everybody should cultivate a passion. Don’t be afraid to really get hooked on something. It’s your mental attitude. So many of us start dreading age. Make the most of it," she said at the time. Here's wishing you a happy birthday once again, Betty White!