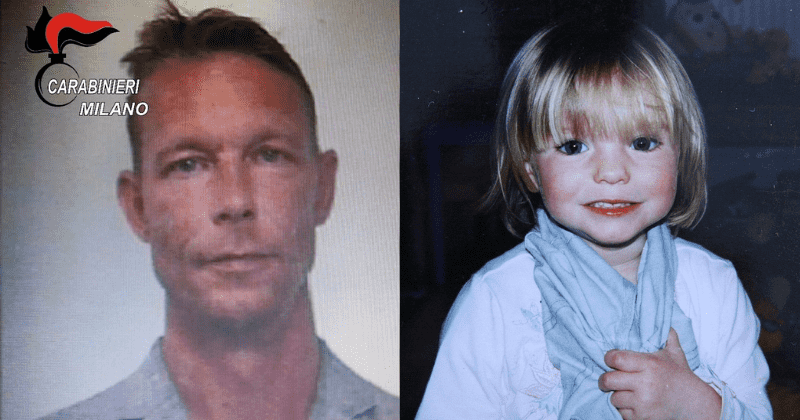 Trigger Warning: The story has details of sexual assault and rape that readers may find disturbing

In June, a new prime suspect in the abduction and missing case of 3-year-old, Madeleine McCann, had been zeroed in by the police. A 43-year-old German named Christian Brueckner, who is presently in a jail in his country for drug offenses, was identified as the suspect. But his lawyer has now said he has evidence that his client is innocent. According to Mirror, Friedrich Fuelscher said he had examined areas where the McCanns stayed in a flat of a resort in Praia da Luz, Portugal on May 3, 2007 from where the child went missing. “If the witness statements are correct, there was a time window of one minute and 30 seconds in which the child could have been abducted,” said Fuelscher and added that his "client did not commit this crime."

In September, Fuelscher claimed to have flown to Portugal to conduct his own investigation. "I have been to Portugal to investigate for myself. I went to check the locality there. I clearly went more openly and attempted to make my own conclusions on the sources of information available to me – for example, the Portuguese investigation files." He claimed to have uncovered completely new information that he plans to reveal in the coming weeks. "I cannot tell you what it is - but it is big. It certainly surprised me," he said. According to the police, there were many pieces of evidence that showed Brueckner in the area near the flat the night Madeleine went missing reports BBC. For one, Brueckner apparently transferred a Jaguar car to someone else's name on the day Madeleine vanished.

"Someone out there knows a lot more than they're letting on," Mark Cranwell, an official from the British police leading the investigation, had said in June. He also said the suspect who was then 30 years old would frequent the Algarve between 1995 and 2007. He would stay for "days upon end" in his camper van and lived a "transient lifestyle." Police highlighted Brueckner received a phone call at 7.32 p.m. which ended at 8.02 p.m. at the time he was near the resort where the McCanns stayed. Police had appealed to the person who dialed the suspect's number on that night to come forward. Cranwell said, "They're a key witness and we urge them to get in touch. Some people will know the man we're describing today... you may be aware of some of the things he's done. He may have confided in you about the disappearance of Madeleine."

"More than 13 years have passed and your loyalties may have changed. Now is the time to come forward," he added. Brueckner is also previously alleged to have had "sexual contact" with young girls and charged with several offenses. He is presently at a jail in Kiel, Germany, on drug dealing charges. Brueckner raped a 72-year-old American woman in the Algarve 18 months before Madeleine vanished. For that crime, he served a sentence of seven years. Meanwhile, Hans Christian Wolters, German chief prosecutor in the case has said there is "material evidence" that Madeleine is dead according to another Mirror report. He however said he "can't say why."

He also said there has been contact between his team, Scotland Yard, and Portugal while re-establishing contact with the McCanns. He added, "We, of course, really consider the fact that it is going to be very hard for the family when we tell them we assume Madeline is dead. But we can’t say why she is dead. It is more important that we are successful and we are able to get the culprit, as opposed to just putting our cards on the table and tell them why we think she might be"